‘Look on my Works, ye Mighty, and despair!’ Ozymandias and Us 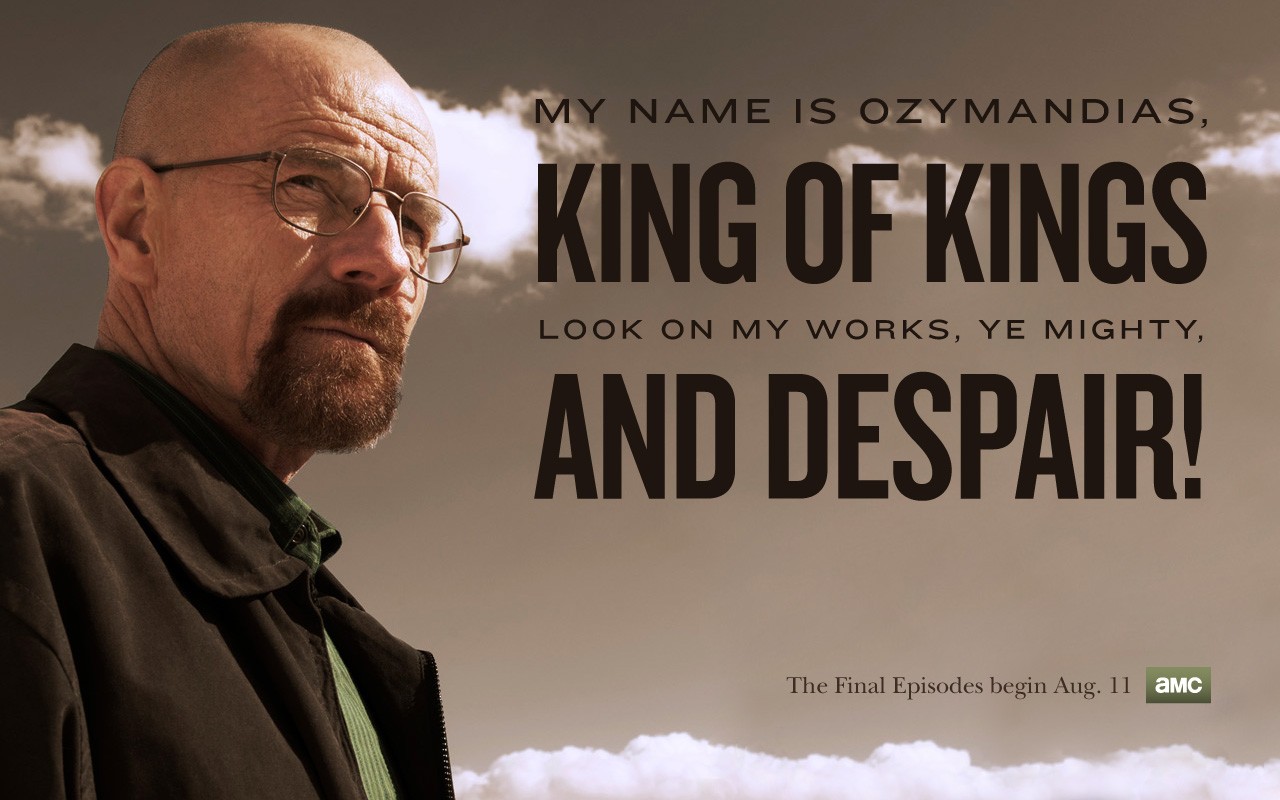 You probably know that quote, don’t you? Percy Bysshe Shelley’s poem Ozymandias featured prominently in both promotion for the ultra-popular TV show Breaking Bad, and also in the acclaimed comic series Watchmen. Did you know it was written in response to the Ancient Greek historian Diodorus Siculus? His account of an inscription he read beneath