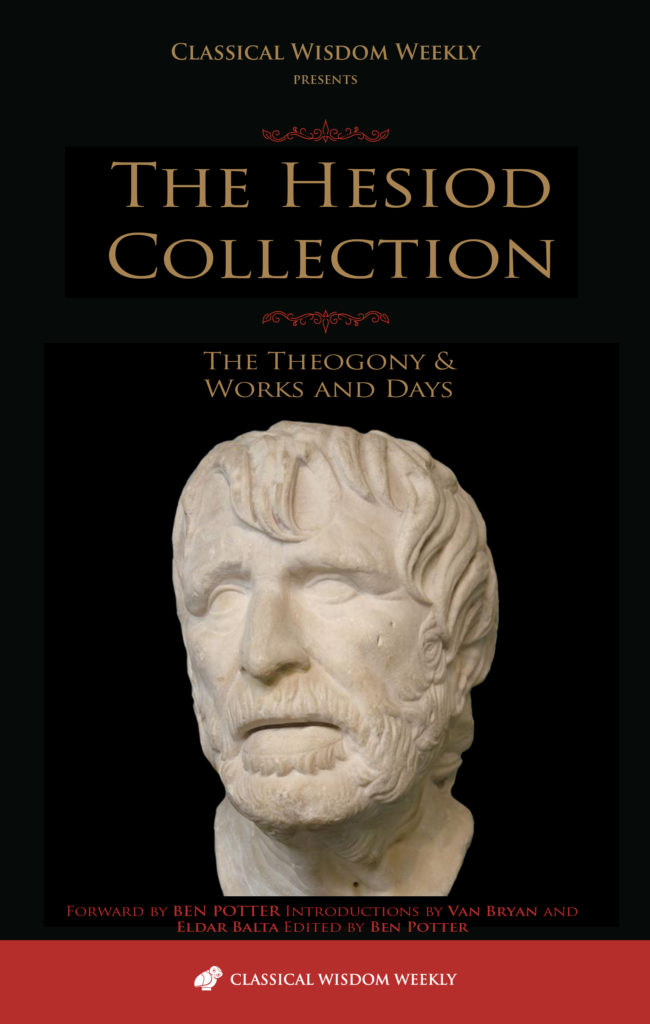 The Hesiod Collection: The Theogony and Works and Days
Compiled and Edited by Ben Potter
Introductions by Ben Potter, Van Bryan, Eldar Balta

To realize just how important Hesiod was to ancient Greece, one must look at the Legend of Certamen. It was a contest of wit and wisdom between Homer and Hesiod, where the latter emerged as the greatest! Even though there is no proof they even met each other, the fact that the legend exists is meaningful to the importance of Hesiod… Moreover, it is important to note why Hesiod was victorious at that apocryphal battle; his work on agriculture and peace is pronounced as more valuable than Homer’s tales of war and slaughter… yet despite this, not many have read the works of Hesiod!
Read the Theogony or “the genealogy or birth of the gods” by Hesiod (8th – 7th century BC) describing the origins and genealogies of the Greek gods, composed c. 700 BC. Enjoy as well Works and Days, a farmer’s almanac in which Hesiod instructs his brother Perses in the agricultural arts.
Download as PDF
Download as EPUB
Download as MOBI