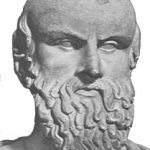 Aeschylus is considered the true creator of tragedy. He was the first to create person to person dialogue. He was the earliest of the three great tragic poets of Greece-Aeschylus, Sophocles, and Euripides.
Works by Aeschylus:

Aesop has never been fully established as a real person and some think he was a slave. His stories based on animals are synonymous with ‘fables’.
Works by Aesop: 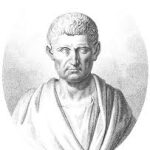 Euripides is third of the famous ancient greek tragedy writers (along with Sophocles and Aeschylus). A contemporary of the former, Euripides didn’t win many competitions but was the most popular of the three for generations after his death.
Works by Euripides: 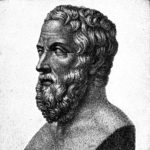 Herodotus is considered the Father of History and wrote much about the different wars, cultures and customs in and around Ancient Greece.
Works by Herodotus:

Not much is know about the Greek poet Homer, including when and where he lived. In fact, historians are not sure if he existed at all. His attributed works, The Iliad and The Odyssey, are considered one of the earliest examples of western Literature.
Works by Homer:

Plato is arguably the most famous of all the ancient greek philosophers. His main character and influence is Socrates and many debate where Plato ends and Socrates begins. 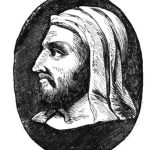 Plutarch was a ‘platonist’ philosopher who wrote much on comparing the ancient Greeks to the Romans.
Works by Plutarch: 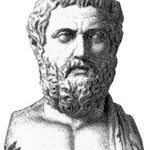 Sophocles was the most highly acclaimed of the three ancient greek tragedy playwrights, winning the most competitions. He importantly increased the number of actors to three and famously wrote the Oedipus trilogy. 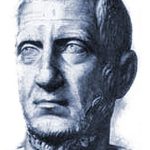 Tacitus was a Roman senator who recorded much of the empire’s history
Works by Tacitus: