The 5 Most Powerful Creatures From Mythology | Classical Wisdom Weekly 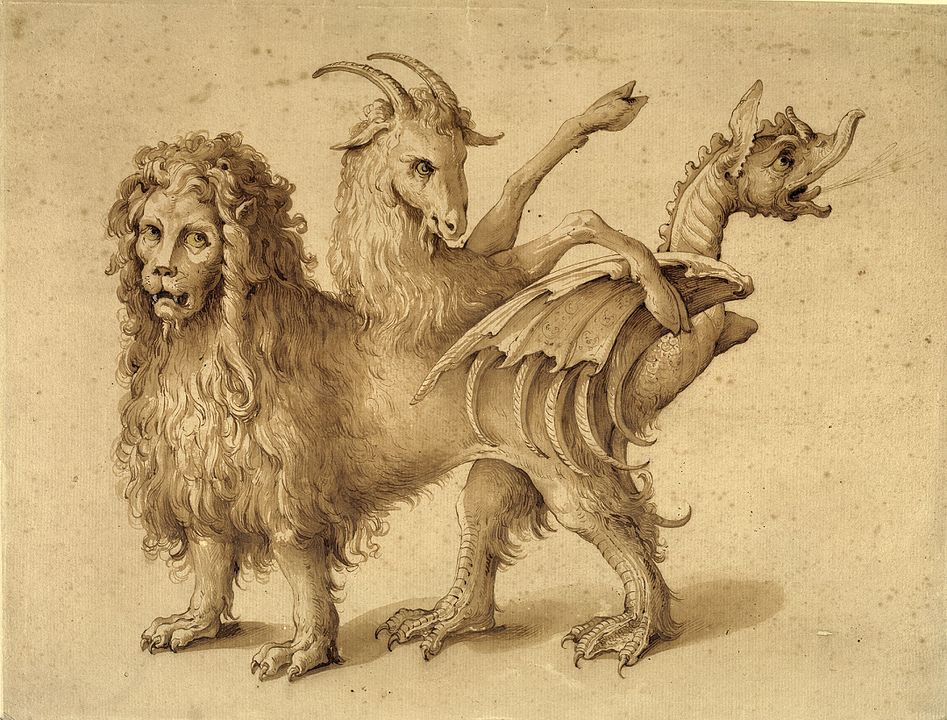 The 5 Most Powerful Creatures From Mythology

All cultures throughout the world have their own legendary creatures. These creatures were believed to be extraordinary animals or hybrids who possessed special abilities or attributes. While some were believed to be highly intelligent, others were known for being dangerous and powerful. Here we explore the top five most powerful mythical creatures.

The Chimera originates from Greek mythology and was thought to be a female monster from Asia Minor. The two-headed chimera was in fact comprised of three animals: she had a lion’s head and body, upon which sat a second head – that of a goat – and had a snake for its tail. A fire-breathing monster, it was in fact the goat head which breathed out fire.

Although the chimera was believed to be almost invincible, according to legend, Bellerophon was able to slay her by driving a lead-tipped sword into her flame-covered mouth, making her choke on the molten metal. Since then, the term chimera has often been used in mythology to describe creatures which are made up of various parts that come from different animals.

Basilisk illustration by by WretchedSpawn2012

Considered by many to be one of the deadliest mythological creatures, the basilisk or cockatrice was believed to be born from a serpent’s egg which had been incubated by a cock, or rooster. The resulting creature was therefore half-bird and half-snake.

Often referred to as the king of serpents, the basilisk was believed to be extremely hostile towards all humans. It was said to have the power to kill a person simply with one glance. In addition to its powerful killing glance, its venom was also claimed to be extremely toxic and deadly.

“Probably one of the more well-known mythical creatures, dragons are a common feature across many different cultures. There are many descriptions of a range of dragon types throughout folklore, including the Hydria, Dragonnet and African dragon. It was believed that the different names of the dragons related to different aspects of their characteristics,” according to Ramon Richards, a journalist at Britstudent and PhDKingdom.

The Kraken is a mythological creature from Scandinavian mythology. Most often described as gigantic squid or octopus-shaped sea monster, the Kraken was believed to be found off the coasts of Greenland and Norway. According to various myths, the Kraken was extremely powerful. In fact, it was believed that it was powerful enough to create whirlpools which could bring down entire ships. The Kraken itself was also reported to attack and destroy ships.

“There is some suggestion that the myth of the Kraken could have arisen as a result of giant squids, which could grow to be up to 18 meters long. These rare creatures were very rarely seen by humans, but it is likely that the few sightings were enough to inspire the mythical creature we know as the Kraken,” Alexandria Allen, a history writer at 1Day2Write and Writemyx, said in an interview.

Sirens were considered dangerous and beautiful creatures. Also known as mermaids, sirens had an upper body which resembled that of a human female, whilst their lower half was that of a fish. Sirens appear in folklore from many countries worldwide. Most often they were deemed to be a sign of misfortune.

It was believed that they possessed beautiful, enchanting voices which, along with their physical beauty, were used to lure sailors to their deaths. Sirens were most often associated with drownings and shipwrecks, whilst their male counterparts (known as mermen) were believed to have the power to summon storms and even sink ships.

There are countless other mythical creatures to be found in folklore and tales from cultures all around the world. While not all mythical creatures were believed to be dangerous, all were fantastical. As a result, these creatures have managed to remain part of our modern cultures vis-a-vis popular literature, films and television. Clearly, these powerful mythical creatures continue to fascinate and capture our imagination.

Michael Dehoyos is an essay writer and editor, and has contributed to numerous other websites and publications. In his spare time Michael enjoys traveling and immersing himself in the culture and history of the places he visits.
Facebook