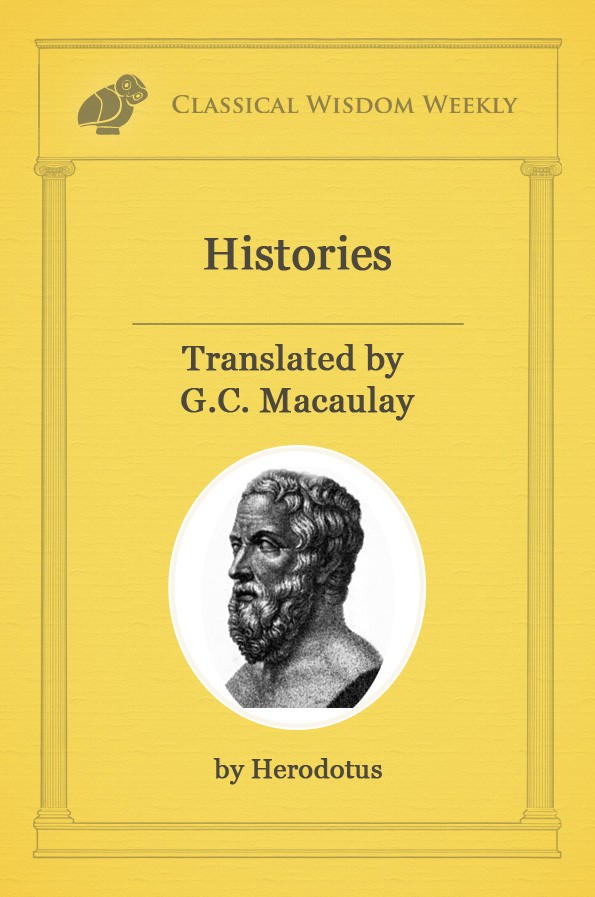 The Second Book of the Histories, Called Euterpe

15. If we desire to follow the opinions of the Ionians as regards Egypt, who say that the Delta alone is Egypt, reckoning its sea-coast to be from the watch-tower called of Perseus to the fish-curing houses of Pelusion, a distance of forty schoines, and counting it to extend inland as far as the city of Kercasoros, where the Nile divides and runs to Pelusion and Canobos, while as for the rest of Egypt, they assign it partly to Libya and partly to Arabia,–if, I say, we should follow this account, we should thereby declare that in former times the Egyptians had no land to live in; for, as we have seen, their Delta at any rate is alluvial, and has appeared (so to speak) lately, as the Egyptians themselves say and as my opinion is. If then at the first there was no land for them to live in, why did they waste their labour to prove that they had come into being before all other men? They needed not to have made trial of the children to see what language they would first utter. However I am not of opinion that the Egyptians came into being at the same time as that which is called by the Ionians the Delta, but that they existed always ever since the human race came into being, and that as their land advanced forwards, many of them were left in their first abodes and many came down gradually to the lower parts. At least it is certain that in old times Thebes had the name of Egypt, and of this[23] the circumference measures six thousand one hundred and twenty furlongs. 16. If then we judge aright of these matters, the opinion of the Ionians about Egypt is not sound: but if the judgment of the Ionians is right, I declare that neither the Hellenes nor the Ionians themselves know how to reckon since they say that the whole earth is made up of three divisions, Europe, Asia, and Libya: for they ought to count in addition to these the Delta of Egypt, since it belongs neither to Asia nor to Libya; for at least it cannot be the river Nile by this reckoning which divides Asia from Libya,[24] but the Nile is cleft at the point of this Delta so as to flow round it, and the result is that this land would come between Asia and Libya.[25]