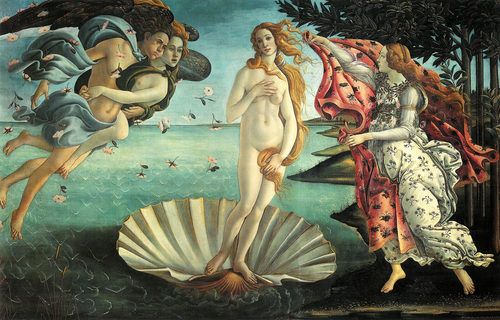 There’s a thin line between love and hate, but there’s hardly a crack of daylight between Love and War.
Aphrodite, born from a pair of discarded testicles, had a perfect body, and a magic girdle that made everyone fall in love with her. She also had a libido to rival that of Zeus.
Meanwhile, Ares, with his bad-temper, rippling muscles, blood-lust and love of drink was the dumb jock of Mount Olympus.
Unfortunately for Ares, the problem with being a dumb jock, is that you can easily be outsmarted by your lover’s husband. Especially if he is the God of Smiths, the calf-crippled Hephaestus.
Aphrodite and Ares had been making love all night at his palace in Thrace. Losing track of time, Dawn arose fresh and rosy-fingered followed by Helios, the Sun God. As his warm rays caressed the bodies of the busy lovers, he was given a personal peep-show of two of the most gorgeous creatures in existence locked in a passionate embrace.
With such a red-hot piece of gossip as this to spread, Helios immediately went running to Hephaestus and told him everything.

Hephaestus, poor lame Hephaestus, wanted to get even. Knowing he couldn’t best Ares physically, he set a trap for him.
Retiring to his workshop he fashioned a bronze hunting-net, as fine as gossamer, but strong enough to hold the wrathful and writhing God of War.
On telling his wife he was off for a holiday to sunny Lemnos, Aphrodite seized upon her opportunity for a bit of ‘how’s your father’ in the comfort of her own home.
Returning from his sojourn at the beach, Hephaestus walked into his bedroom to find his wife and her lover in bed, naked, trapped under the net.
His plan had worked! Brains had bested brawn and the adulterers were at the mercy of the cuckold. 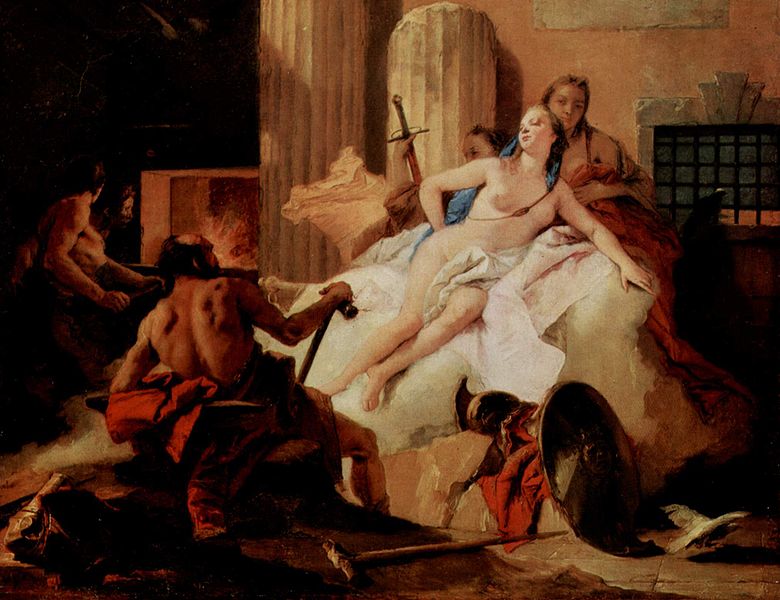 But what next? You’ve caught the lovers in the act. They’re naked, trapped defenceless and vulnerable. What steps do you take? What demands do you make? What revenge do you enact?
Of course the obvious answer is you invite all of your friends around to have a gawk. And gawk they did!
The gods flocked to the scene and stood around the embarrassed and bemused couple. Zeus was shocked, Poseidon aroused, whilst Hermes and Apollo behaved like the relative juveniles that there were:

“You’d swap places with Ares right now, wouldn’t you?” Sniggered Apollo.
“Too right I would! Even if there were three nets!” Replied the salivating Hermes.

The incandescent Hephaestus refused to release the couple until he had been repaid his marriage gifts. Zeus, in a bout of incongruous prudishness, was so disgusted by the whole affair that he would have nothing to do with it.
Poseidon offered surety that Ares would pay the debt.
“And if he doesn’t, I will expect you to take his place!” Bellowed the outraged Hephaestus.
“What under the net?” Giggled Apollo.
The couple were released.
Ares returned to Thrace – he didn’t repay the debt.
Aphrodite, grateful for Poseidon’s help in releasing her, bore him two sons. And grateful for Hermes’ compliments, she bore him a son too.
Poseidon, happy to marry Aphrodite, didn’t cough up the money. Hephaistos, still in love, didn’t divorce her.
Aphrodite went for a swim in the sea at Paphos, thus renewing her virginity.
Facebook