Narcissus: How Vanity can be Evil

By Ben Potter, Contributing Writer, Classical Wisdom
Even from a very young age Narcissus was unrivaled in two things: his stunning natural beauty and his… what’s the word? oh yes! – narcissism.
Or self-love or vanity, or however you wish to describe it. It is this fatal flaw with which Narcissus has become associated.
However, his personality was more far complex than we think. He was not simply a preening, strutting peacock, but a darker and dirtier creature.
Like Don Giovanni, Dorian Gray and Jay Gatsby he seems appetitive, cruel and capricious and is justly punished for the damage his misdemeanors inflict.
Echo, a blabbermouth nymph cursed by Hera to only be able to parrot the words of others, was madly in love with Narcissus. Upon following him into the forest and engineering a romantic situation, Narcissus told her “I will die before you ever lie with me”
To which the poor spurned nymph could only chokingly plead “Lie with me”.
Narcissus left her to rot in the glen, slowly decaying until all that was left of her was a voice. 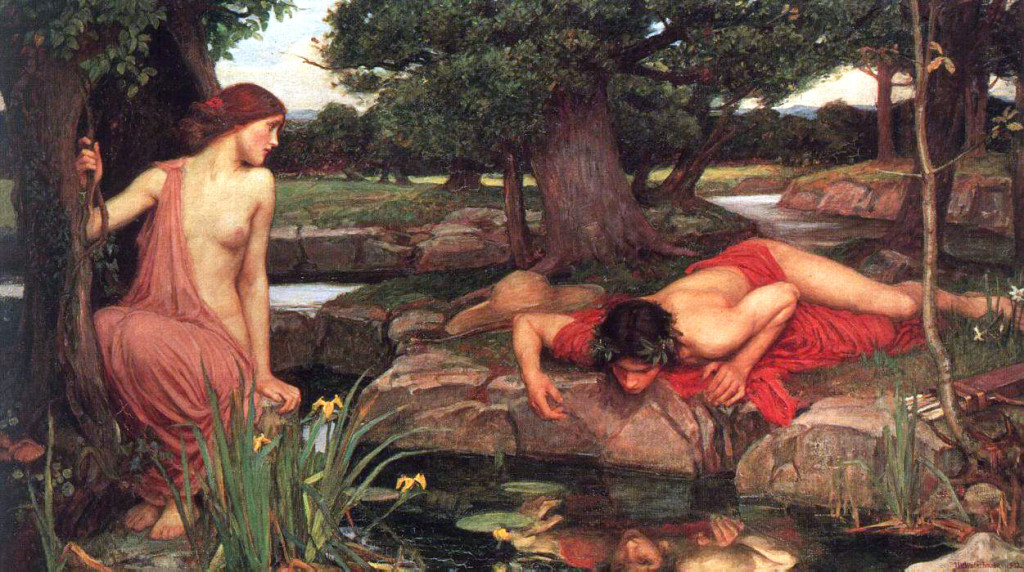 This was how he lived his life. Anyone who wished to love him was cast aside without a thought; certainly without a kind one.
On another occasion Narcissus sent a sword to his eagerest suitor, Ameinias.
Ameinias promptly came round to the house of his unrequited love and killed himself on his doorstep, calling on the gods for vengeance as he did so (c.f. fictionalized Servilia in HBO’s Rome).
His prayers were answered by Artemis, who made Narcissus fall deeply into a love that was doomed never to be consummated.
At Donacon in Thespia, Narcissus stopped to drink at a perfect, clear pool. So undisturbed was the water that he saw in it an exact image of himself.
Trying to kiss and caress this beautiful boy, Narcissus quickly realized the mistake he had made. However, the damage had been done, he was in love. 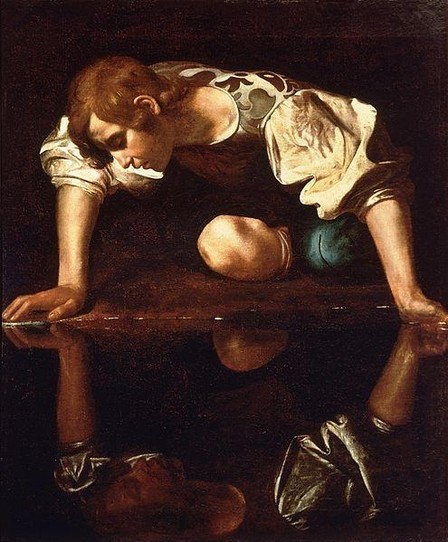 Narcissus looking at his reflection

He lay staring at the pool for hours on end. According to Ovid, this is how he died, trapped in the eyes of the one he loved, who he could never have and never leave. In this way he reduced away to nothing in the same manner as Echo.
However, an earlier account by Parthenius saw him consumed with anguish and torment. The illogical mania of the lovelorn washed over him, tapered only by the knowledge he would always love himself; always remain true.
In his despair, Narcissus plunged a dagger into his perfectly contoured chest.
Echo, looking on, uttered a brief eulogy outlining the fruitless pursuit of loving one so doomed by his own beauty. 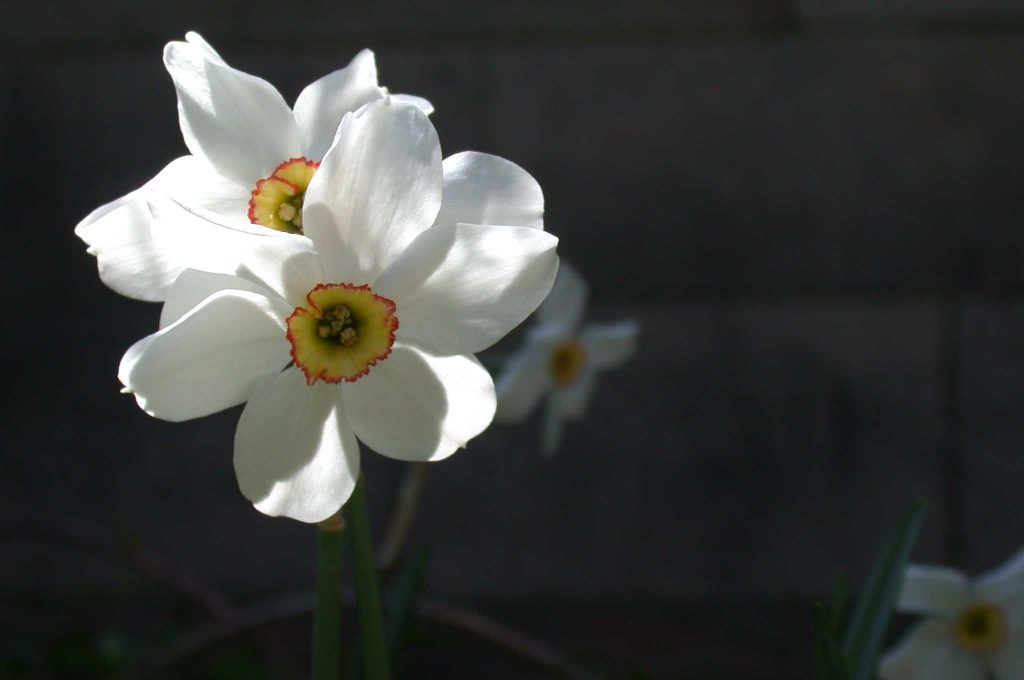 From the blood-soaked ground sprang forth the white narcissus. From this, it was said, an unguent could be made that had properties to both heal and harm, to cause pleasure and pain.
All that was left of Narcissus was a beautiful flower and a dangerous narcotic, terrible and tempting in equal measure.
Facebook