You might not know this, but Greece has a new Prime Minister. Alexis Tsipras was sworn in this week as the 186th Prime Minister of Greece. 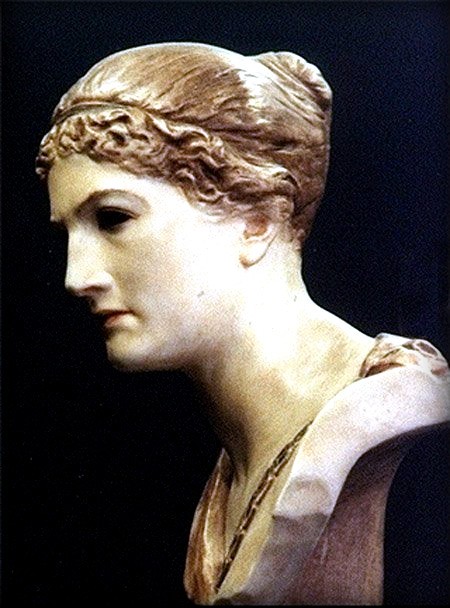 Some of you may recall that I spent a good deal of my summer last year wandering around that ancient land, having imaginary conversations with Socrates and learning just enough Greek so that I could politely order a beer. So occasionally I like to check in to see what’s going on with the Hellenic Republic.
Now, let’s just get one thing right out of the way. I wasn’t hired with Classical Wisdom Weekly so that I could make political commentary on current affairs. Instead, I make the big bucks because of my encyclopedic knowledge of ancient philosophy and for my endearing sense of wit.
Moreover, this is a newsletter that specifically deals with everything related to classical literature, history, art, philosophy, and culture. We do not, for the most part, discuss current politics.
So why did I bother bringing up Alexis Tsipras, a man who is already stirring a bit of political controversy?
Well, I was listening to a recording of the new PM’s victory speech he gave last Sunday, and something struck me as rather odd. After hearing this one little sentence, I put my hand out in front of my face and promptly ran into it.
See if you can spot the moment that every classical scholar in the world winced in pain.
“Friends, this new Greek government will prove all the Cassandra’s of the world wrong. [There will be] no mutually destructive clash … We have a great opportunity for a new beginning.” –Alexis Tsipras (Speech given on Jan 25th, 2015)
Okay, so the more experienced of you might have caught what is wrong with that sentence and, like me, are smacking your forehead with your palm right now.
For those of you who aren’t sure what is so disastrous, let me give you a hint. It has to do with the Cassandra reference.
Cassandra was a character in classical mythology that was endowed with supreme beauty and grace. She was a princess of Troy and a daughter of King Priam. She was said to have been so lovely that the god Apollo fell in love with her and granted her the ability to foretell the future. 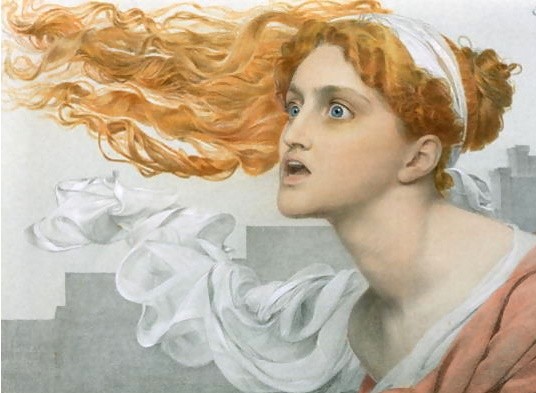 Cassandra, however, managed to incur the wrath of the god. She either denied his advances or, as is suggested in Aeschylus’ Agamemnon, agreed to be his consort and then broke her promise.
Whatever the reason, Apollo was so furious with Cassandra that he placed a curse upon her. While she would still be gifted with the ability to see the future, the curse made it so that nobody would ever believe her.
Basically, she was always right, but nobody ever listened to her. This, coincidentally, is a problem I assume that most parents contend with.
This curse becomes a problem for the Trojans later on. You see, it was Cassandra who warned that it probably wasn’t a good idea to accept the giant wooden horse left outside the gates of Troy. The line “I fear the Greeks even when bearing gifts” is usually attributed to her.
This prophecy can be found in the pages of The Fall of Troy written in the 4th centruy AD by the Greek poet Smyrnaeus Quintus.

“O wretches! into the Land of Darkness now
we are passing; for all round us full of fire
and blood and dismal moan the city is.
Everywhere portents of calamity
gods show: destruction yawns before your feet.
Fools! ye know not your doom: still ye rejoice
With one consent in madness, who to Troy
have brought the Argive Horse where ruin lurks!”
–Cassandra (The Fall of Troy, by Smyrnaeus Quintus)

The Trojans would not heed this advice. Sure enough, they rolled that wooden horse right through the gates of Troy. Did they laugh at Cassandra while they did it? Did they think she was just a silly girl? I don’t know, but maybe. 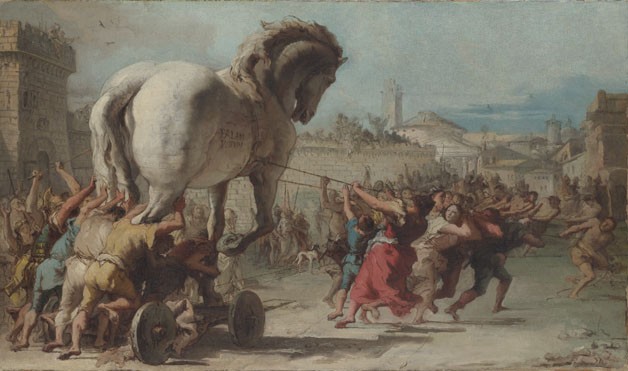 I shouldn’t have to tell you how the rest of that story ends. Suffice it to say that the Trojans would have done well to listen to Cassandra. The Greeks manage to infiltrate the city and lay waste to all before them.
Cassandra actually attempts to take shelter in the temple of Athena, but is found and captured by Ajax of Locris. He kidnaps the girl and presents her to Agamemnon as a concubine.

Things don’t get better for Cassandra from this point on. After the fall of Troy, she travels back to Mycenae as Agamemnon’s prisoner. She would not, however, have much time to get accustomed to her new home in Greece. Shortly after arriving, Cassandra and Agamemnon are both murdered while lounging in the bathtub by the jealous queen, Clytemnestra.
And to think, all of this could have been avoided if the Trojans had just listened to Cassandra in the first place.
The takeaway from this story is that Cassandra was not some foolish woman who went around making senseless claims. She was a dead to rights seer. Moreover, she was never wrong!
So when Alexis Tsipras says he is going to “prove the Cassandras of the world wrong”, I can’t help but look around awkwardly.
After all, the Trojans were also going to prove Cassandra wrong when they wheeled in that big wooden horse, and we all know how that turned out.
Facebook