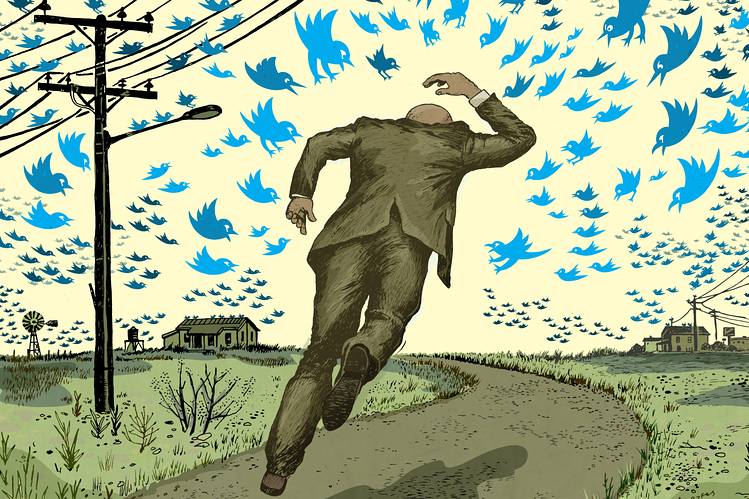 #CancelCulture: Lessons from the Ancient World

Written by Van Bryan, Contributing Writer, Classical Wisdom
Sometimes, late at night when we can hear the ocean outside our window, we wonder what the ancients would think of us…
Would they be proud? Amused? Perplexed?
Surely, we imagine, we won’t repeat ALL the mistakes of our classical forebearers.
Somebody must have read Aristotle, Cicero, or Thucydides.
As we’re fond of saying… no disaster has been so disastrous… no calamity so calamitous… and no idea so idiotic that somebody didn’t give it a whirl over the millennia.
Somebody must have surmised that there are lessons to be learned from people who lived thousands of years before our “enlightened” time.

La mort d’Alcibiade, Philippe Chéry, 1791. Musée des Beaux-Arts, La Rochelle. [In 404 BC, Alcibiades, exiled in the Achaemenid Empire province of Hellespontine Phrygia, was assassinated by Persian soldiers, who may have been following the orders of Satrap Pharnabazus II, at the instigation of Sparta.]

But no…
We seem determined—hell, eager! —to stumble headfirst into the same quagmires of classical antiquity.
The old saying is that you must learn history or else risk repeating it.
What they won’t tell you is that those who do learn from history have to stand by while everybody else repeats it.
The latest throwback comes in the form of ostracism-by-tweet.
That’s right. The grand old classical tradition of banishing your fellow man for no real reason is back. And in a big way!
You know it as “cancel culture.”
But we’re getting ahead of ourselves.
Let’s first look at how the ancients did it.
Ostracism in the Ancient World
In Aristotle’s Politics,  he tells us that ostracism was originally instituted as a means to allow the common people to check the power of the political players.

Critias, one of the Thirty Tyrants, ordering the execution of Theramenes, a fellow member of the oligarchy that ruled Athens in 404–403 BCE. [Following Athens’ defeat in the Peloponnesian War, an oligarchic government was imposed on the city by Lysander and the victorious Spartans. This government, which came to be known as the Thirty Tyrants as a result of its brutal actions, exiled or drove away a number of citizens.]

It was a way to give claws to the hare when he was going up against a lion.

…democratic states have instituted ostracism; equality is above all things their aim, and therefore they ostracise and banish from the city for a time those who seem to predominate too much through their wealth, or the number of their friends, or through any other political influence.
– Aristotle (The Politics, Book III)

The procedure was rather simple. Plutarch tells us, in his Life of Aristides, that an ostracism vote was held once a year.

The citizens were allowed to write the name of any political figure on a shard of pottery. Should anyone’s name get 6000 votes, then that person would be banished from Athens for ten years.

What… we may wonder… were grounds for ostracism?
Must your fellow citizen commit a high crime?
Perhaps treason? Or murder?!

Voting ostraca. In Classical Athens, when the decision at hand was to banish or exile a certain member of society, citizen peers would cast their vote by writing the name of the person on the sherd of pottery; the vote was counted and, if unfavorable, the person was exiled for a period of ten years from the city, thus giving rise to the term ostracism.

No… not really.
“I just don’t like the guy” was sufficient grounds to banish a man from the hallowed walls of the polis.
Aristotle suggests as much when he writes…

[Ostracism] has not been fairly applied in states; for, instead of looking to the public good, they have used ostracism for factious purposes.

That’s right, dear reader.
Ostracism was often used as a means to banishing your enemies for not toeing the line.
Fun fact: Socrates could have likely “chosen” ostracism over death during his trial in 399 BCE.
The philosopher was accused of “corrupting the youth” and “believing in strange gods.”
He was found guilty by his peers. But an interesting nuance of classical Athenian justice demands that the defendant and the prosecutor both suggest punishments in the event of a guilty verdict.
Socrates’ accusers chose death.
Socrates could have chosen—and likely would have been granted—ostracism.
But no.
He offers a grand feast and celebration as his penalty. In essence, it was a giant middle finger to the validity of the proceedings.

And given those choices, the Athenians choose death.
And that brings us to the 21st century…
#Ostracismculture
You might imagine our amusement when we first learned of “cancel culture.”
Yes, dear reader, ostracism is back. But put away those shards of pottery. Instead, hit the retweet button!
Writes journalist, Matt Taibbi:

It’s become a cowardly mob of upper-class social media addicts, Twitter Robespierres who move from discipline to discipline torching reputations and jobs with breathtaking casualness.
The leaders of this new movement are replacing traditional liberal beliefs about tolerance, free inquiry, and even racial harmony with ideas so toxic and unattractive that they eschew debate, moving straight to shaming, threats, and intimidation.

Imagine how many people the classical Athenians could ostracize if they only had Twitter!
Are you believing in strange gods, dear reader?
Are you corrupting the youth with your “open debate”?
What scourge might you bring upon our glorious city with your… ugh… tolerance of opposing ideas?
We simply can’t risk it. Out you go.

Dante in Exile by Domenico Petarlini. In March 1302, Dante, a White Guelph by affiliation, along with the Gherardini family, was condemned to exile for two years and ordered to pay a large fine to the new Black Guelph government. Dante refused and was condemned to perpetual exile; if he returned to Florence without paying the fine, he could have been burned at the stake.

You may already be familiar with the recently ostracized. But if not, allow us to bring you up to speed.
Taibbi again:

[F]rom a UCLA professor placed under investigation for reading Martin Luther King’s “Letter from a Birmingham Jail” out loud to a data scientist fired* from a research firm for — get this — retweeting an academic study suggesting nonviolent protests may be more politically effective than violent ones!
[…]
In the most discussed incident, Times editorial page editor James Bennet was ousted for green-lighting an anti-protest editorial by Arkansas Republican Senator Tom Cotton entitled, “Send in the troops.”

#Ostracisimculsture has gotten so bad that a slew of troublemakers got together to sign “A Letter on Justice and Open Debate.”
I quote from the letter [emphasis is mine]…

The free exchange of information and ideas, the lifeblood of a liberal society, is daily becoming more constricted. While we have come to expect this on the radical right, censoriousness is also spreading more widely in our culture: an intolerance of opposing views, a vogue for public shaming and ostracism, and the tendency to dissolve complex policy issues in a blinding moral certainty.

What a time to be alive for those of us with a classical background and a sense of mischief.
We chuckle. We guffaw. We laugh heartily…. and then we sob.

Ovid Banished from Rome (1838) by J.M.W. Turner. [Ovid, the Latin poet of the Roman Empire, was banished in 8 AD from Rome to Tomis (now Constanţa, Romania) by decree of the emperor Augustus.]

Re-killing Socrates
Have we learned nothing from our ancestor’s mistakes? Are we so eager to set fire to the intellectual scaffolding built over millennia?
Socrates was dubbed the wisest of all men by the Oracle at Delphi, but not because he knew the most.
Rather, the only thing the old teacher truly knew was that he knew very little… perhaps nothing at all.
Hence the now-famous phrase: All I know is that I know nothing.
From here, the Socratic tradition would teach us that we should accept humbly the limits of our knowledge.
We should doubt every certainty… question every unchallenged dogma…
And we should strive —sometimes awkwardly—towards understanding by way of contemplation, discussion, and introspection.

The School of Athens by Raphael (1509–1510), fresco at the Apostolic Palace, Vatican City.

The crowning achievement of the Socratic tradition was an emphasis on, and appreciation for, good-faith inquiry.
Wisdom is the only way to the Good.
And the only way to wisdom is to probe seriously, sometimes contentiously, into the questions of life.
But, no…
We live now in an age of saints. We are surrounded by enlightened soothsayers, untouched by sin or doubt.
Every moral truth is already known.
Every tepid question is taken as an affront.
And every gadfly is swiftly put to death.
We seem eager to kill the Socratic tradition just as they killed the old man himself millennia ago.
What would the ancients think of us?
We don’t know…
But somewhere in a far-off land, Socrates is rolling his eyes… and cursing under his breath.
[Featured image comes from WSJ.com]
Facebook