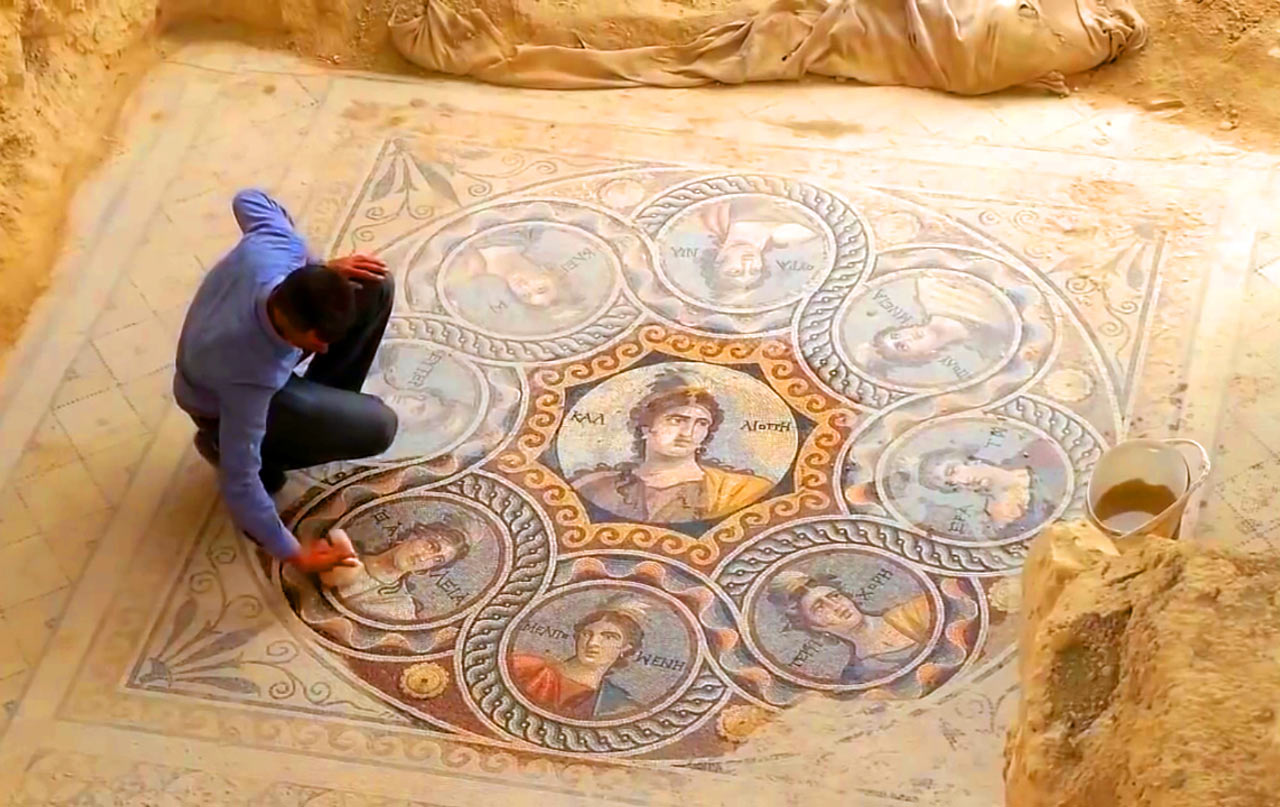 A Guide to Greek Mosaics

The history of mosaics is as elaborate as the art form itself. Mosaic, in art, incorporates small stones and colored glass or pebbles that come together to express a form. Unlike inlay technique, a mosaic is not rendered according to the shape of consecutive fittings. Instead, unique pieces of stones are stuck together in an adhesive medium to bring the image together.

Mosaic work can be traced back to ancient Mesopotamia, where people covered floors with stones, forming patterns. Initially, mosaics were used to decorate walls, vaults, ceilings, precious objects, and floors. Unlike other valuable belongings, people were rarely tempted to loot this type of art because it was so hard to remove.

So, even after thousands of years, mosaics remain a testament to art and history. Today, these mosaics provide valuable information about ancient times. They portray everything from people to food, animals, landscapes, sporting activities, agricultural techniques, pagan gods, and more. 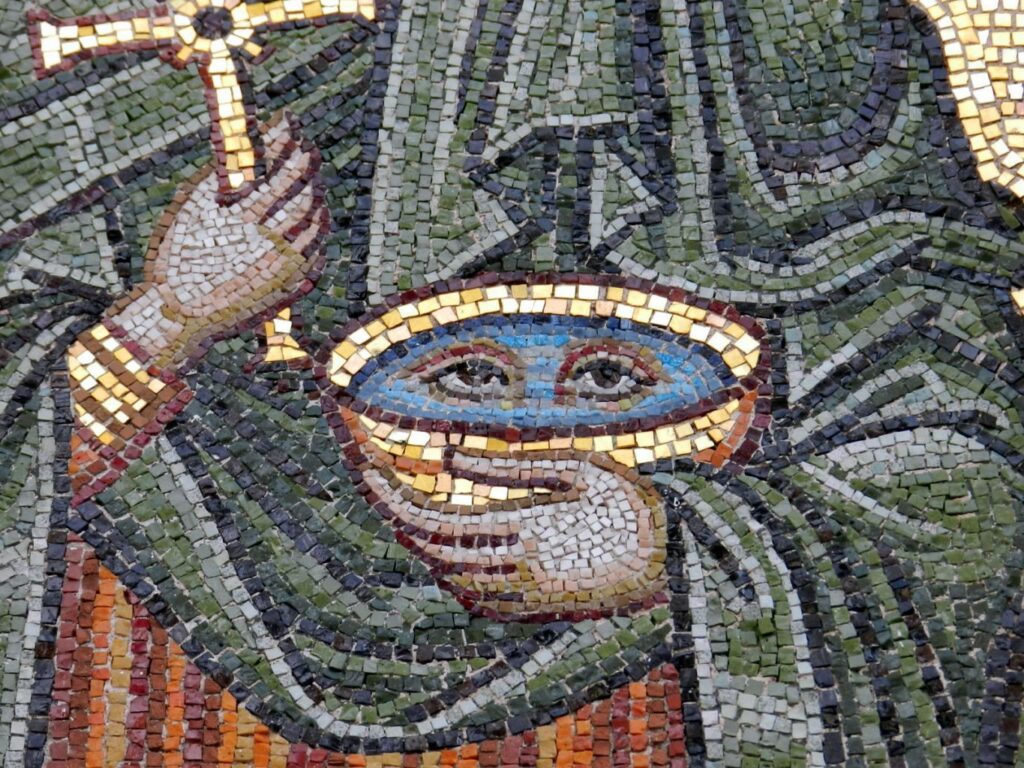 Mosaics in the ancient world

The Greco-Roman world was a cradle for the development of mosaics. Floor mosaics were very common during this time, but the style and pattern changed immensely over time. During the 8th century BC – when ancient Greeks started adopting the art form – mosaics became more intricate and detailed. They pioneered the use of smaller pieces and introduced repetitive patterns using geometric symmetry.

As the Roman Empire spread, mosaics became more popular. They went from being exclusive to floors to covering walls and ceilings. Temples became a common place for artists to portray beautiful mosaic patterns and vivid imagery.

During the Roman Imperial Era, new techniques were invented as the craft expanded. Artists starting combining mosaics with architecture to stellar effect. In contrast to paintings, mosaics provided a depth and dimension to space, one of the reasons for its widespread popularity. At this time, mosaics became more integrated with interior design, often as a substitute for paintings. Additionally, mosaics held up better and provided protection from harsh weather. Their durability and longevity made them ideal for exterior use as well. 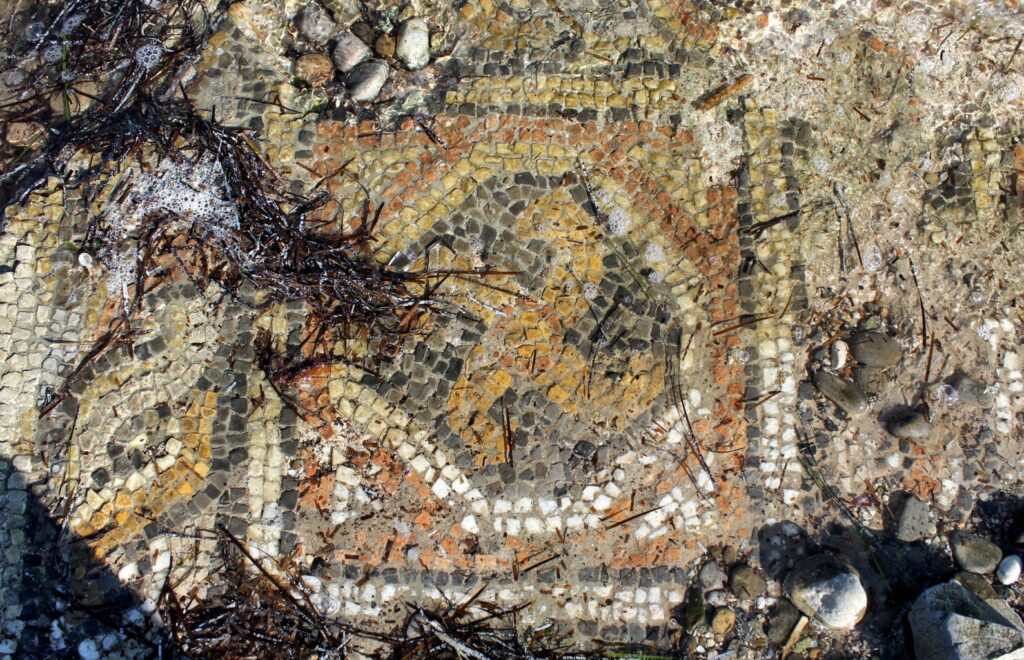 The materials used for creating mosaics include beach pebbles, polished marbles, shells, bricks, pottery, stained glass, ivory, and precious stones such as jade, turquoise, and topaz. These small stones, called tesserae, were positioned closely together to render the design. Fresh mortar or plaster was prepared as a base for the tesserae. Later, a fresh layer of mortar was used to fill the gaps between tiny stones. Once the paste dried, the finished mosaic was cleaned and polished. 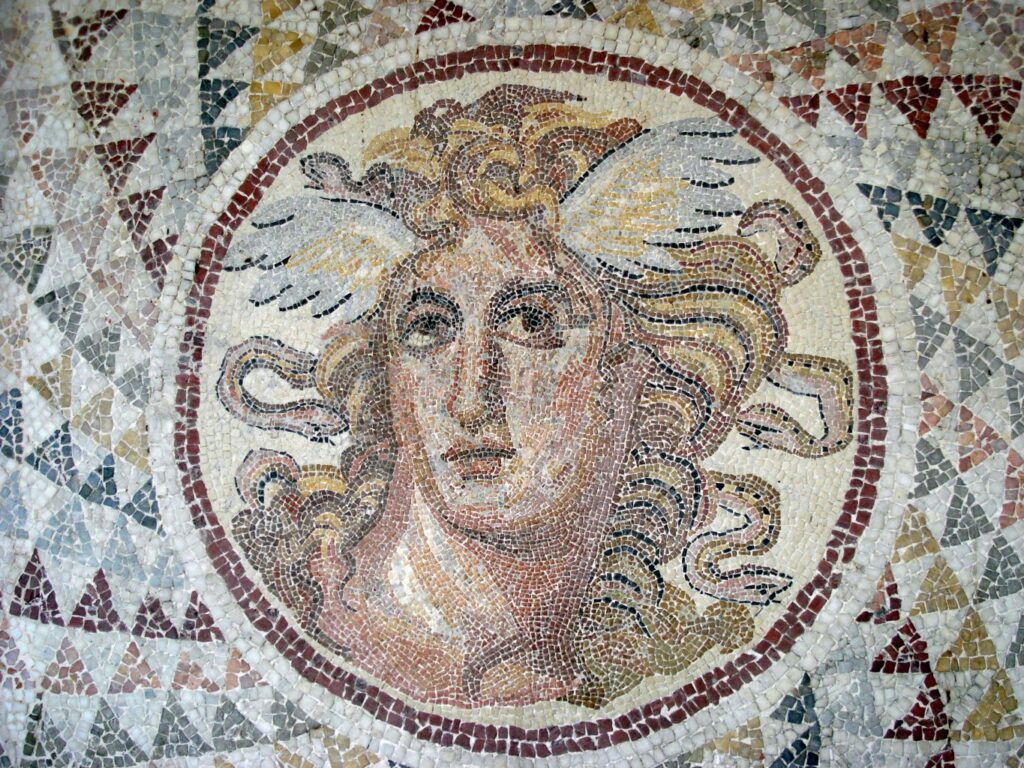 The majority of the mosaics depicted Greek gods. For instance, Medusa was one of the most common figures depicted in mosaics during the Greek era. Other famous figures include Theseus and the Minotaur, Neptune, Triumph of Poseidon and Amphitrite, and so on. Typical mosaic adornments featured patterns like Meander, Guilloche, and waveband. These were used as the borders and had multiple variations. 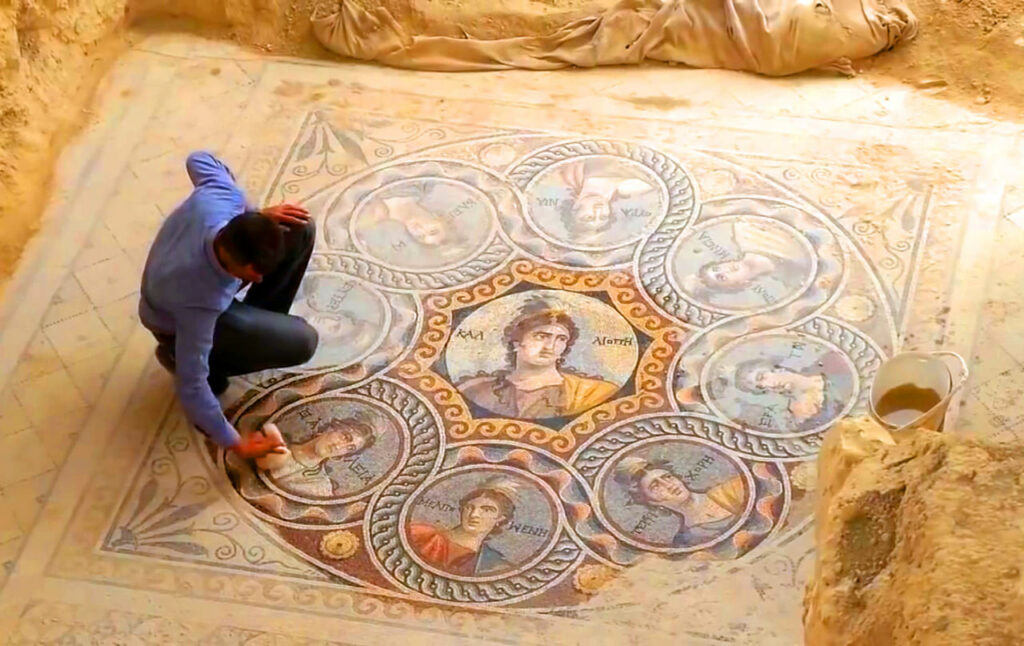 The unearthing of Thee Nine Muses, a 2,200-year-old glass mosaic discovered in Zeugma, Turkey, in 2014

Around the 4th century, mosaics were changing rapidly. The level of detail nearly reached that of paintings. The artists were no longer limited to naturally-colored stones; instead, they started coloring the stones in desired hues. This technique allowed them to contour the mosaics by accentuating highlighted areas. One of the most breath-taking mosaic pieces shows Dionysos, the Greek god of harvest, riding a panther. The contrasting use of gold and green creates a magnificent visual effect.

In due time, mosaics became a symbol of wealth and pride. Noble families would incorporate extravagant mosaic artworks in the doorways, halls, and floors as a symbol of prosperity. Slowly, mosaics covered everything from Roman baths to fountains.

Today, remains of mosaics can still be found, such as those recently discovered in Greece’s Atalanti. It is almost impossible to visit Greece and not be awestruck by these gorgeous mosaics. The most famous, well-kept mosaic art can be found in churches and museums. But the streets of Greece are no less of a museum as they contain tons of these art pieces. Centuries later, this beautiful form of art remains very much part of the Greek culture and will no doubt continue in the years to come.