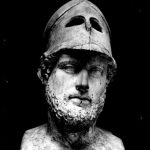 Pericles’ Great Quotes:
“Just because you do not take an interest in politics doesn’t mean politics won’t take an interest in you.”
“Trees, though they are cut and loped, grow up again quickly, but if men are destroyed, it is not easy to get them again.”
“Time is the king of all men, he is their parent and their grave, and gives them what he will and not what they crave.”
“Having knowledge but lacking the power to express it clearly is no better than never having any ideas at all.” 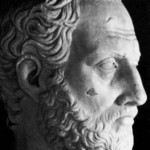 Thucydides’ Great Quotes:
“Some legislators only wish to vengeance against a particular enemy. Others only look out for themselves. They devote very little time on the consideration of any public issue. They think that no harm will come from their neglect. They act as if it is always the business of somebody else to look after this or that. When this selfish notion is entertained by all, the commonwealth slowly begins to decay.”
“Self-control is the chief element in self-respect, and self-respect is the chief element in courage.”
“The secret of happiness is freedom, and the secret of freedom is courage.” 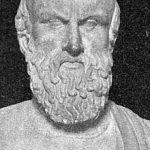 Aeschylus’ Great Quotes:
“He who learns must suffer. And even in our sleep pain that cannot forget falls drop by drop upon the heart, and in our own despair, against our will, comes wisdom to us by the awful grace of God.”
“It is in the character of very few men to honor without envy a friend who has prospered.”
“There is no pain so great as the memory of joy in present grief.”
“For there is no defense for a man who, in the excess of his wealth, has kicked the great altar of Justice out of sight.” 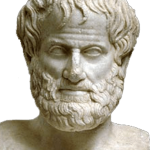 Plato’s Great Quotes:
“Be kind, for everyone you meet is fighting a harder battle.”
“Every heart sings a song, incomplete, until another heart whispers back. Those who wish to sing always find a song. At the touch of a lover, everyone becomes a poet.”
“Wise men speak because they have something to say; fools because they have to say something.”

“Music gives a soul to the universe, wings to the mind, flight to the imagination
and life to everything.” 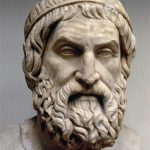 Sophocles’ Great Quotes:
“Always desire to learn something useful.”
“A man growing old becomes a child again.”
“Success is dependent on effort.”
“Look and you will find it – what is unsought will go undetected.” 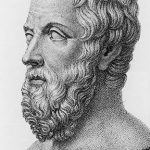 Herodotus’ Great Quotes:
“In peace, sons bury their fathers. In war, fathers bury their sons.”
“The only good is knowledge, and the only evil is ignorance.”
“Men trust their ears less than their eyes.”
“If a man insisted always on being serious, and never allowed himself a bit of fun and relaxation, he would go mad or become unstable without knowing it.”
Facebook

Posted in Culture - Comments are closed

The comments are closed.