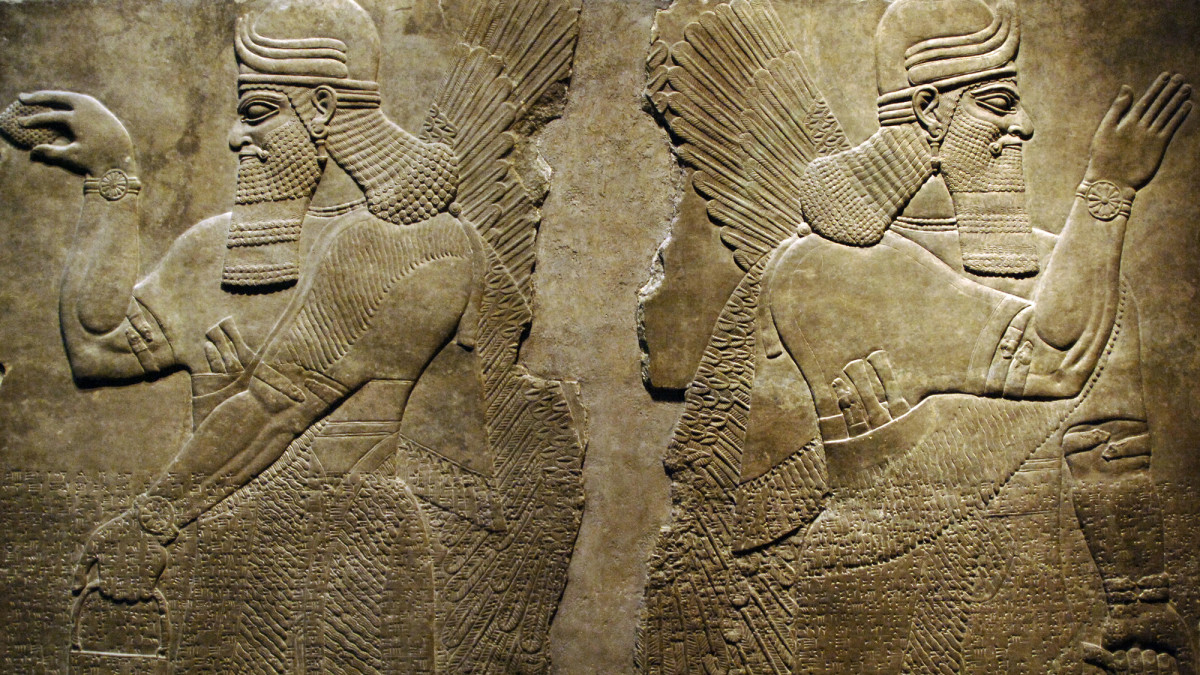 Written by Ronan McLaverty-Head, Contributing Writer, Classical Wisdom
When Alexander the Great marched into Babylon in 331 BC, it was not the first time that the Greek world had encountered the cultures of the ancient Near East. From around the 8th century BC, the Greek states had entered an “Orientalizing Period,” deliberately absorbing and adapting influences from Egypt, the Levant, and Mesopotamia.
This period was also the heyday of Mesopotamian political and cultural power, as part of the imperial expansion of both the Assyrian and Babylonian empires. A diffusion of Mesopotamian ideas made their way across the wider world, including the Greek states.
The term “Mesopotamia”—itself a Greek word—refers to the land between the Tigris and Euphrates rivers in what is now mostly modern-day Iraq and Syria. This fertile crescent saw the first urbanization and the first writing, cuneiform. Its peoples and cultures—Sumerians, Akkadians, Assyrians, and Babylonians—had an important influence on the Classical world, particularly in the form of myth. One such mythic motif that found its way from Mesopotamia to Greece was the divine journey.

Ancient Mesopotamia in relation to the Middle East today

Apollo
As Charles Penglase in Greek Myths and Mesopotamia has demonstrated, the Homeric hymns—the earliest works of Greek literature—include several motifs that derive from Mesopotamian myth.
In the hymn to Apollo, for example, we see stages of the divine journey also found in the myths of the Babylonian god Ninurta. The Ninurta stories were already ancient at the time they were being copied by the Assyrian and Babylonian scribes when contact with Greece was at its greatest.
Apollo’s journey takes him first from Delos, where he was born, to other islands; he then seeks out Delphi before finally ascending Mount Olympus. His adventures contain the following Mesopotamian parallels, among others:

A relief showing Zeus and Leto with their offspring Apollo and Artemis to the right. 420-410 BCE. (Archaeological Museum of Brauron, Greece)

Apollo also echoes certain characteristics of the epic hero Gilgamesh, whose myth was one of the most widely known in the ancient world, with copies being found as far away as ancient Israel and Asia Minor.
Gilgamesh undertakes a journey to the end of the world to try to find the secret of immortality. At the end of his journey he bathes and dresses, before diving into the sea, where he finds the plant of youth—a descent/ascent motif joined with dressing and food also present in the Apollo hymn. Gilgamesh’s earlier wounding of the goddess Ishtar, who is then comforted by her parents, is also reminiscent of the wounding of Aphrodite in the Iliad, who is similarly comforted by her parents, Zeus and Dione.
Demeter
The hymn to Demeter finds parallels in the myths of descent in the Mesopotamian corpus, both of which act as explanations for the failure of fertility on earth. Demeter’s search for Persephone in the underworld echoes the descent of Inanna (later called Ishtar) in search of her lover Dumuzi. Ishtar herself clearly has an influence on the characterization of Aphrodite.
One description is particularly interesting: after bathing and putting on her clothes and jewelry in preparation for meeting her lover, Ishtar “like a moonbeam came out to him from the house.” In the hymn to Aphrodite, we hear that her robe “was a thing of beauty, golden, decorated with every sort of design. Like the moon it glowed.”

Tablet XI of the Gilgamesh Epic

Hesiod
The myths of Prometheus and Pandora found in Hesiod also have interesting parallels with Mesopotamian antecedents, especially the myth of Enki. Like Prometheus, Enki is a cunning god who rebels against the supreme god, the consequences of which highlight connections between Greek and Mesopotamian ideas regarding the creation of mankind:
In all these cases, the appearance of Mesopotamian motifs in Greek mythology does not represent mere mimicry. In fact, it is often in how the motifs are adapted to suit the new culture that they are the most illustrative, demonstrating their particular interests and beliefs. As Penglase (p.192) notes, the Greek versions show “many alterations and different applications of the same elements in a new story, but nothing that is not consistent with the creative use of a living tradition in a new cultural environment.”
Facebook