Aristophanes’ The Frogs: A Way to Stop a War?

By Jocelyn Hitchcock, Contributing Writer, Classical Wisdom
The Frogs, an ‘old’ comedy play by Aristophanes, was performed in 405 BCE at the Lenaia festival of Dionysus. With the Peloponnesian War raging on, plays of the time had a tendency to deal with saving the state, matters of right and wrong, and background events of the war itself. Writers focused on political themes, pushing the idea that a poet has the ability to save the state from war. 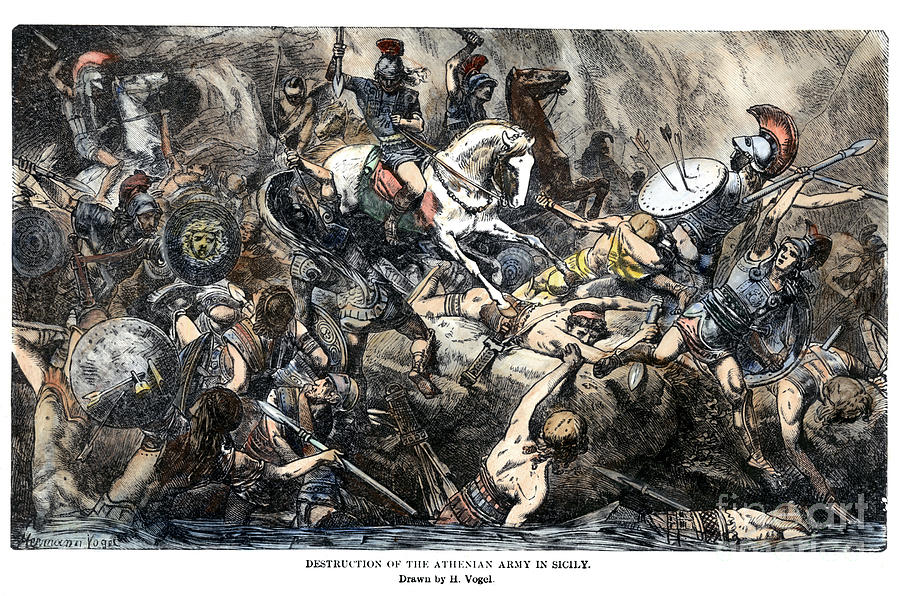 The Plot of Aristophanes’ The Frogs
Originally disguised as Heracles, the god Dionysus ventures down to the underworld to seek out Euripides, the tragic poet who had died in the previous year. Against the backdrop of war, Dionysus thinks that Euripides is the only one who can safe Athens from itself. Dionysus crosses the lake with Charon while debating with a chorus of frogs along the way. 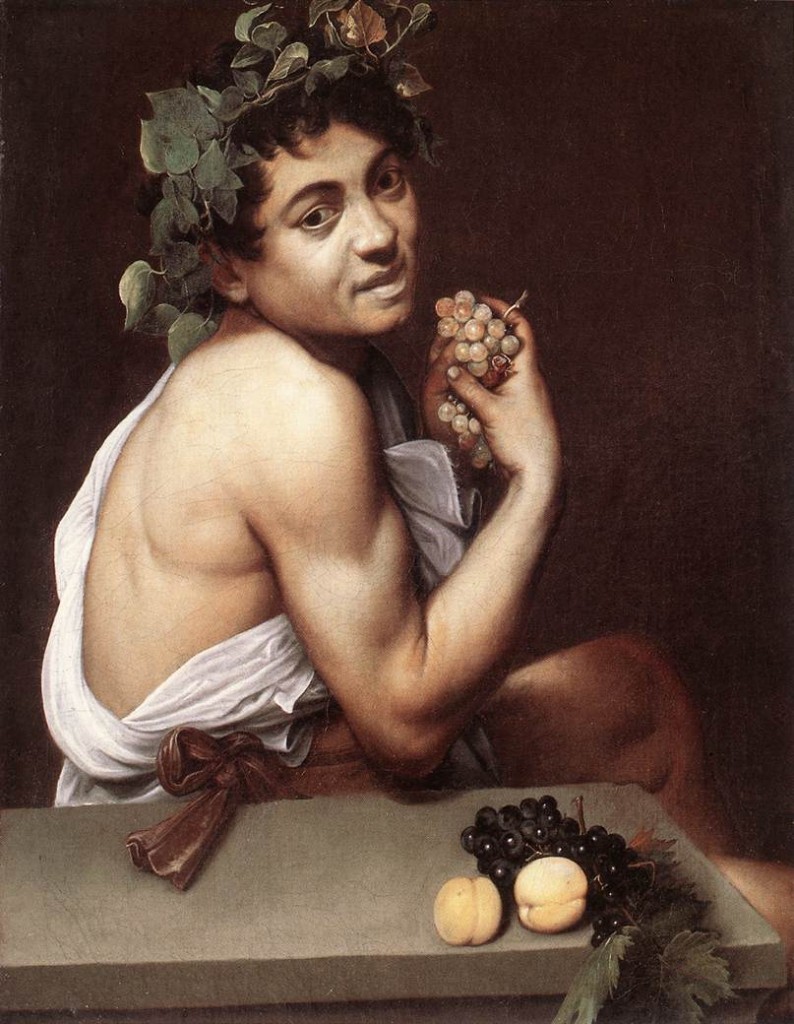 the Self-Portrait as Bacchus, is an early self-portrait by the Baroque artist Michelangelo Merisi da Caravaggio, dated between 1593 and 1594.

Soon, the issue of Dionysus’ disguise as Heracles presents itself when he realizes Heracles made a few enemies in the underworld. Accompanied by his slave, Xanthius, Dionysus makes him wear the costume instead. Then Xanthius, dressed as Heracles, gets invited to a banquet of feasting and dancing. Dionysus, not surprisingly, wants to be the one at the banquet so they swap clothes yet again. However, at the banquet Dionysus dressed as Heracles makes even more people mad, so they switch again. This whole first half of the play is mostly Dionysus’ fumbling with choices, making Xanthius cover for him and improvising to right his wrongs. 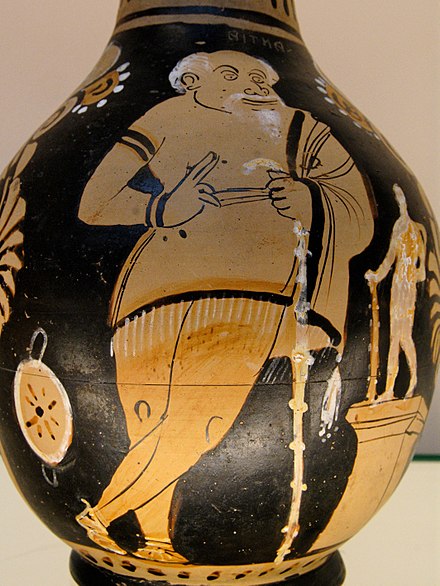 Red-figure vase painting showing an actor dressed as Xanthias in The Frogs, standing next to a statuette of Heracles

As the play progresses, Dionysus finds himself in the palace of Pluto where Aeschylus and Euripides are competing for the best tragic poet. Dionysus acts as the judge while Aeschylus and Euripides quote snippets of their verse, critique, and respond to one another. In the final judgment of the debate, a scale is brought in and whichever poets’ words have the most weight to them will cause the scale to tip in their favor.
Ultimately, this measuring device proves ineffective and Dionysus asks the battling poets to provide advice for how to save the city. In the end, Aeschylus proves to be more practical and suited for the job, so Dionysus chooses to take him back to earth. 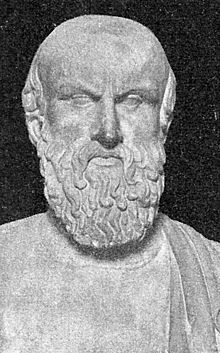 Key Themes in Aristophanes’ The Frogs
In this play in particular, Aristophanes unequivocally posits that it is the poet’s duty to save the city. However, this is fully dependent on defining who is the right poet, who has the right ideas, and who makes the right decisions. This is expressed through a series of choices, disguises, and deceptions throughout the play. Dionysus is the butt of the jokes in the first half of the play, constantly going back and forth with Xanthius and constantly making the wrong choice. 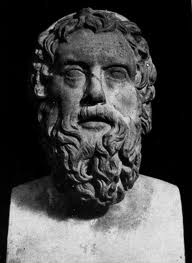 In the second half of the play, Dionysus transitions into a stoic, perceptive judge of others. His final choice of Aeschylus is left up to the audience to decide whether or not it was the right decision. Aristophanes also leaves the success or failure of Aeschylus to save the city open-ended. Aristophanes is intentionally ambiguous and subtle, which the audience no doubt would have picked up as a larger comment on the present day backdrop of war. Aristophanes manipulates the reality that his plays are set against, providing audiences a transcendent view of truth.
The Reception of Aristophanes’ The Frogs 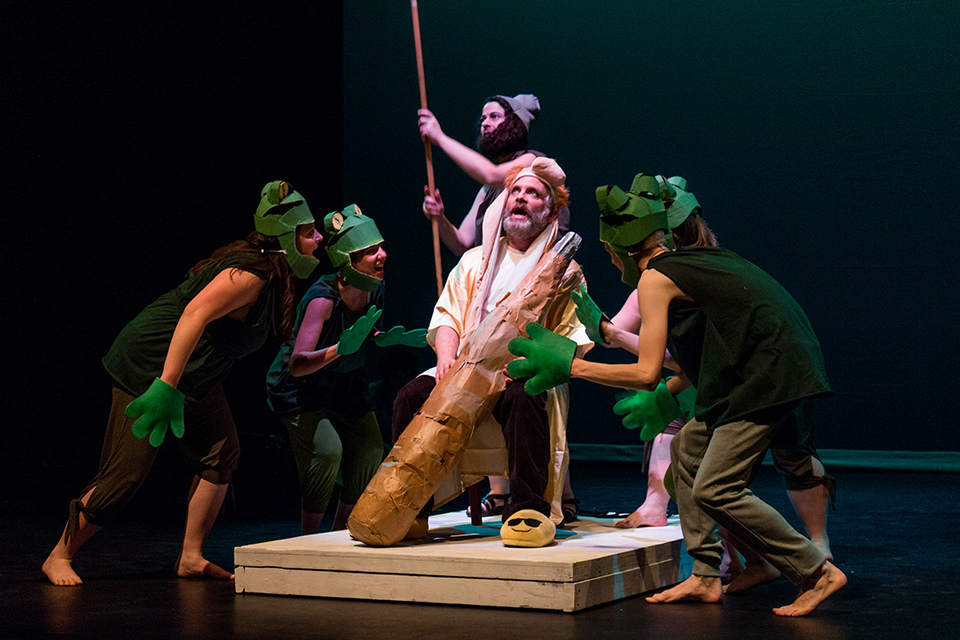 The Frogs performed by The Barnard Columbia Ancient Drama Group

Having won the contest in 405 BCE, the Frogs was a comedic hit from the beginning. Some sources even suggest that Athens commissioned in the same year for the play to be put on again. The Frogs is also commonly performed in modern day theaters, being adapted into musical form as well. The onomatopoeia of the frog croak, witnessed in the choral ode of the play, has been used in Finnegans Wake by James Joyce, and was referenced in Jesting Pilate by Aldous Huxley.
It is clear that Aristophanes’ The Frogs was a great success. The fact that the raging Peloponnesian War ended the year after, however, probably didn’t have much to do with it, despite the Poet’s attempts.
Facebook