Why Do We Celebrate Christmas on the 25th of December?

By April Holloway, Contributing Writer, Ancient Origins
Why is Christmas celebrated on December 25th? The popular answer is that it is Jesus’ birthday. However, it is necessary to reconsider that belief, No records exist in the Bible, or elsewhere, suggesting Jesus was born on that date. If it was not the birth of Christ which set Christmas Day apart from others in the calendar, what was it? To find out, you need to take look at ancient Persian and pagan traditions.
Christmas Was Probably Not the Day Christ was Born
First, let’s take a quick look at why Christmas probably wasn’t Jesus’ day of birth. As the Catholic Encyclopaedia states “there is no month in the year to which respectable authorities have not assigned Christ’s birth” (Catholic Encyclopaedia). That being said, there are several reasons supporting the idea that Jesus wasn’t born in December. Luke 2:8 states that on the night of Jesus’ birth “there were also in that same country shepherds living out of doors and keeping watches in the night over their flocks.” Scholars tend to agree that it is highly unlikely that shepherds were out with their flocks in the cold winter month. 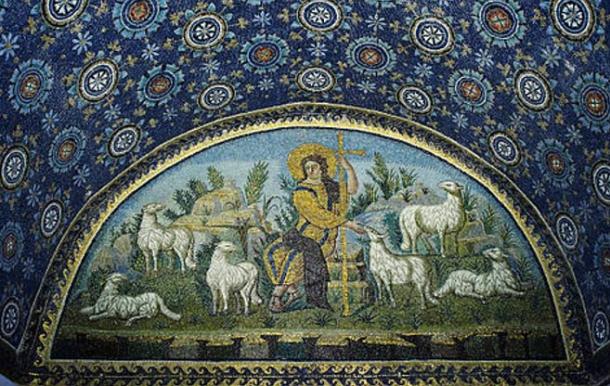 Luke 2:1-4 also claims that Joseph and Mary were traveling to Bethlehem to register in a Roman census when Jesus was born. These censuses were not known to have occurred in winter – also making it improbable to link Jesus’ birthday with the day now called Christmas.
Pagan Festivals
Okay, so Jesus probably wasn’t born on December 25th. Yet other important events did fall at that time of year for ancient pagans. The most well-known of these celebrations were Saturnalia and the birthday of the Sun God, Mithra.
Originally, Saturnalia was held on December 17th, though the festival eventually was extended until December 25. This celebration honored Saturn, the God of Sowing and Husbandry, and was linked to the rise of a new year and the return of light. Ancient Romans would celebrate this date with a public banquet, giving gifts, partying, and holding a sacrifice in the Temple of Saturn. 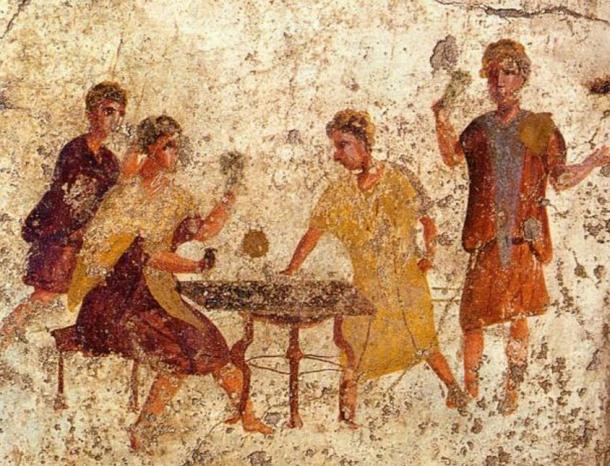 Roman fresco of dice players from the Osteria della Via di Mercurio in Pompeii. ( Public Domain ) Saturnalia was a “time-off” for slaves when they were allowed to wear nice clothes, sit at the head of the table, and gamble.

Mithra’s Birthday?
Roman Pagans who worshipped Mithras believed he was born on December 25th – the most holy day of the year for many ancient believers. This was a well-known cult for the Roman military in the 1st to 4th centuries AD. But Mithras is a god who has his origins in Persia beginning around the 6th century BC. The proto-Indo-Iranian language calls him ‘Mitra’, but that name was later adapted into Greek as ‘Mithras’. Many scholars believe that Roman soldiers discovered this god while completing military campaigns in Persia.
The Mithraic New Year and Mithras’ birthday were celebrated on 25 December. The date was part of the Roman Natalis Invicti festival – a celebration linked to worshipping the sun in general.

Uniting Pagan and Christian Beliefs
When Constantine converted to Christianity in the 4th century, he may not have imagined how difficult it would be to convert pagans into Christians. To ease the transition, the birth of Jesus became associated with pagan holidays which fell in December. As the Pagan holidays gained Christian significance, it was decided that the birthday of the Sun God should also be the birthday of the Son of God. The Catholic Encyclopaedia quotes an early Christian stating, “O, how wonderfully acted Providence that on that day on which that Sun was born…. Christ should be born”.
Facebook