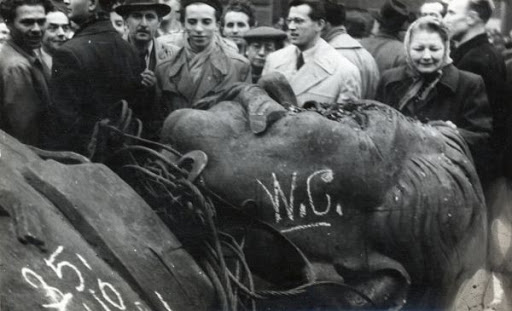 Should We Take Down Monuments? Damnatio Memoriae in the Modern Age…

Toppling Statues is nothing new. It’s just for the ancient world, they have a cooler term for it:
Damnatio Memoriae – the damnation of memory.
Okay, okay, the term wasn’t actually used by Romans (I know, I’m gutted also), but the practice was certainly employed. The Romans adopted the practice, which they deemed worse than death, from the peoples of Ephesus who attempted (though clearly ultimately failed) to erase the arsonist Herostratus, who set fire to the Temple of Artemis, one of the Seven Wonders of antiquity.
Statues of vicious Caligula, as decreed by the senate, came crashing down like the likenesses of Stalin or Saddam. His coins were recalled and his vainglorious projects (including the ingenious inventions therein) were sunk to the bottom of a lake. 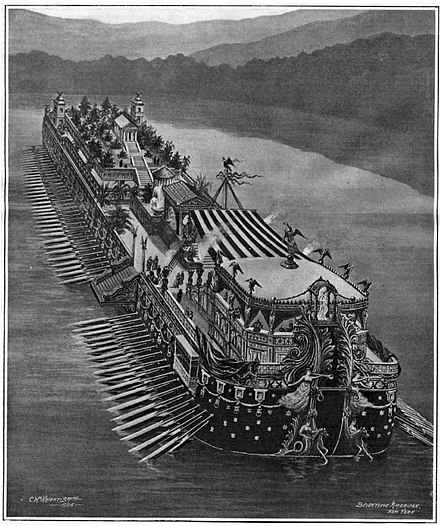 An artistic depiction of a Nemi Ship by CM Knight-Smith, c 1906

The same powerful iconography and collective catharsis, was used on Emperor Nero, Emperor Commodus, Emperor Geta as well as Tiberius’ archetypal villainous advisor, Lucius Aelius Sejanus, to name just a few.
But this official scrubbing, the burning of community memory palaces, goes even further back than that… all the way to fifteenth century BC.
The fifth pharaoh of the Eighteenth Dynasty of Egypt and the second historically-confirmed female pharaoh, Hatshepsut, was expunged in the most literal way possible. Her cartouches and images were chiseled off some stone walls, and the erasure of Hatshepsut’s name—whatever the reason or the person ordering it—almost caused her to disappear from Egypt’s archaeological and written records. 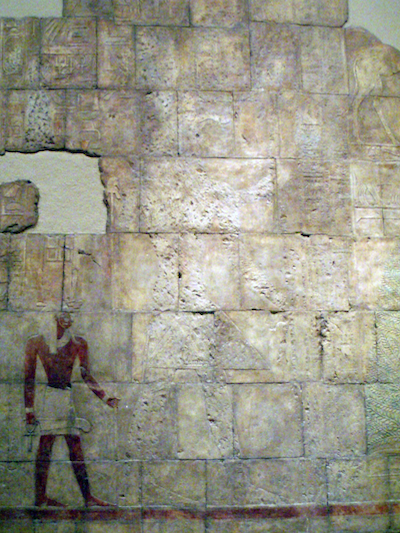 So clearly, it’s a thing.
And considering all these historical precedents, it’s time to ask: what should we do today? How should we handle history’s (sometimes newly) crowned villains?
Should we take down monuments? Should we enact a modern Damnatio Memoriae?
As always, you can write me directly at [email protected] or reply in the comments section.
Facebook