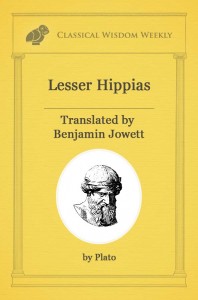 The Lesser Hippias is an inferior dialogue in which Socrates argues with Hippias the Sophist about voluntary vs involuntary wrongdoing.

Persons of the Dialogue :