Homer the Poet and Fate – Part One

by A. P. David
What is the role of ‘fate’ in Homer’s Iliad? My late teacher David Grene used to say that fate in ancient Greek usage was only ever about 95% certain. That is to say, there was always that little bit of wiggle room, and hence a feeling of possibility and choice. Without this 5%, it would not be humanly possible to conceive of a worthy life or a meaningful, interesting narrative. Hence it is absurd to say that we cannot discuss a character’s choices simply because everything was fated for ‘the Greeks’. What then, considering the above, is the role of fate in Homer the poet’s plotting and in the lives of his protagonists? 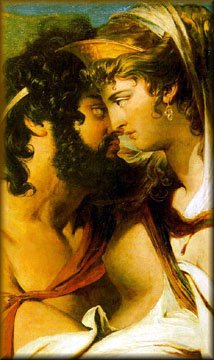 It is quite clear that Zeus is the most powerful figure in the world, but not even the father of gods and men is free to alter fate. Let us consider the nature of the pressures on him. When he realizes that his dear son, Sarpedon, is about to be killed by Patroclus, he mourns out loud in the most personal way, and wonders whether he should spirit him away alive.
Hera’s response is worth mulling over. It is not, ‘hey Zeusy, that’s nice, but you know it’s IMPOSSIBLE.’ It is, rather, ‘well well well … all this fuss for a mortal … okay, go ahead. But the rest of us gods aren’t going to be too happy about it.’ She goes on to point out what chaos would result if each of the gods decided to help out their particular favourites, protecting their lives from some kind of prearranged fate. ‘There are so many sons of immortals fighting around Priam’s town!’ She suggests, instead, that Sarpedon be allowed to die, but also that arrangements be made for the body to be returned to Lycia, where his family could prepare it and mourn properly.
Zeus is eager to acquiesce. It is the thought of what a bureaucratic mess would be created that prevents the supreme power in the universe from saving his son. We all know this feeling of the bureaucratic nightmare. (It is quite a puzzle to me how Homer the poet knew this feeling, without the direct experience of modern politics and infrastructures.) Is it really this mundane, bureaucratic inertia that preserves the machinery of fate? Yes, apparently. 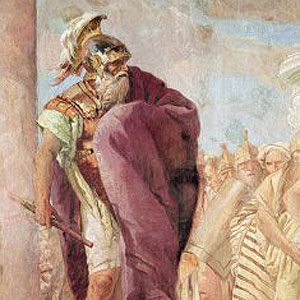 Let’s look at Book II in the Iliad. After hearing the false dream, Agamemnon declares to the troops that the army’s cause is hopeless. It is said that the Achaeans would have returned home in their ships ὑπέρμορα, ‘beyond fate,’… unless a chain of command from Hera through Athena to Odysseus had not reined them in.
This notion that something would have happened ‘beyond fate’ but for some intervention, recurs through the poem. I would connect it to the affect of the ‘brink of destruction’, a feeling of the tension that something that is not supposed to happen is almost coming to pass. One feels, almost bodily, the force that keeps what is fated on its proper track. Nothing ever happens in the Iliad beyond what is fated, despite the reality of the threat. It is as though there is a contract established between poet and audience, which allows him to draw on this effect in a state of peculiar epic pleasure.
Next question then is: How can we have a free will if there is such a thing as fate? The modern question is about the coexistence of will and fate (or determinism), but to Homer the poet it is the relation between, say, Zeus’ plan and the anger of Achilles. On the one hand, these actions are directly juxtaposed, but on the other hand, this looming notion of fate emerges with a steady persistence.

At first it seems that the Homeric question is as intractable as the modern one, but I believe there is important information in the Greek. It is found in the word most often translated as ‘fate’. This word is μόρος and properly it means ‘part’ or ‘portion’. Sometimes the notion is figured as a piece of string that is cut by the three mythological spinners. But I think it is best served by an image that expresses the finitude of the available string—and really a cake or a pie works better. It is as if there is one big pie baked of the stuff of life, and each of us is allotted one share. This notion of the share, it seems to me, is a key to understanding Homer’s conception, in the way that it adds content to the notion of a predestined terminus to a string-like line of life.
What I would like to suggest is the notion of a ‘budget᾽, in its political and modern sense, which gives context to the notion of a share or portion that is the Homeric ‘fate’. Just as in the case of a modern congress, everything that ultimately becomes a part of the fateful budget begins life as an object of desire on the part of an agent, however broad-minded or craven the politician.
I think it is fair to say that everything that comes to be fated in the Iliad began life as an object of desire, in the person of some god. To be sure, there is a Freudian over-determination in Homeric events; it is not that there is no explanation for why something happens, but rather, that there are too many of them. The anger of Achilles did all those terrible things, and also the will of Zeus was being accomplished, and oh, by the way, the whole thing was fated anyway.
To Read Homer the poet and Fate – Part Two, click HERE: https://classicalwisdom.com/homer-the-poet-and-fate-two/
Facebook