A New Way In to Plato’s Republic… | Classical Wisdom Weekly 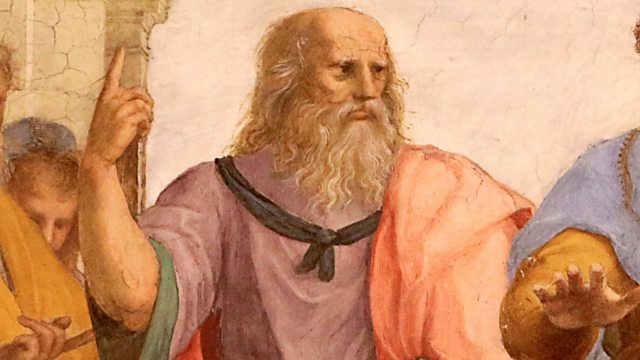 A New Way In to Plato’s Republic…

By Angie Hobbs, Professor of the Public Understanding of Philosophy at the University of Sheffield
I grew up reading Ladybird books in the 1960s and 1970s, and feel a deep affection for them (and indeed still possess – and use – quite a few on British flora and fauna). So when I was asked if I wanted to write one for the new Ladybird Expert series, I leaped at the chance.
Choosing a topic was easy: in my role promoting the public (and my own!) understanding of philosophy, I have in recent years found myself turning more and more to Plato’s Republic to elucidate topics of urgent current concern. There is so much to learn from, for example, Plato’s brilliant and incisive analysis of how a democracy can be subverted to tyranny by a cynical and opportunistic demagogue, or his scathing exposé of sophists and their peddling of ‘alternative facts’. Deciding on the structure was also easy. The Ladybird Expert format is strict: precisely 24 pages of text (in a font which allows for ca. 270–290 words per page) and accompanying illustrations.
Plato is a superb teacher. Starting with the fundamental questions, ‘Why should I be just? What’s in it for me?’, he guides us seamlessly through the ethical and political ramifications and shows how they can be answered only by exploring their roots in psychology, epistemology, metaphysics and aesthetics. All I had to do was trust the basic structure of The Republic itself, add a couple of introductory pages on Plato’s life, times and work, plus a conclusion on the abiding influence of The Republic in a wide variety of fields and its acute relevance for us today.
That was where the easy part ended. The Republic is an immensely rich, densely argued and in places very difficult dialogue, and I had to tick many boxes. My introduction needed to be clear, concise and engaging; I also wanted not just to summarize but also to raise questions for the reader to ponder – after all, Plato never writes in his own voice, but employs the dialogue form because he wants his readers to think for themselves. The summarizing was perhaps the hardest aspect of all. I once wrote a 90,000- word book on Plato called Plato and the Hero, and much of it was on The Republic. Condensing what I wanted to say to around 5,500 words was often painful: not just slicing away excess flesh but cutting into bone. I was counting not only words but characters and spaces, and was able to exceed the suggested word length simply by dint of using shorter words.
The 24 illustrations were also a challenge, although I loved collaborating with the immensely gifted and imaginative Angelo Rinaldi. I had to come up with the idea for each one, and I then worked closely with Angelo on details of design and colour. In fact, when being forced to cut out yet another metaphysical argument became too painful, I found solace in researching hairstyles or Pamphylian armour (for the Myth of Er) or what exact dyes were available in fifth-century Athens (when the dialogue is set, although Plato wrote it in the fourth century).
I have always been interested in art, but coming up with ways to depict or suggest some of the philosophical subjects was not easy, particularly the perfect and eternal Forms (such as the Form of the Good), which cannot be apprehended by the senses. But I found that if I was cunning I could use the images not simply to convey atmosphere but to smuggle in additional information that there had not been room to include in the text.
I learned a lot. Although I have studied and written about The Republic for many years, I had not known much about how it was physically composed, copied and distributed around the Greek world (in the following century it appears in the great library in Alexandria); nor had I been fully aware of just how many individuals, disciplines and art forms it has influenced. The film The Matrix, for example, adapts the Simile of the Cave in its disturbing portrayal of humans unknowingly trapped in a fake reality.
All the evidence pointed to what I had long felt myself. Despite the fact that most of us find some of the proposals put forward by the character of Socrates too extreme – such as the abolition of the nuclear family amongst the Guardian class and, indeed, the totalitarian nature of the ideally just state in general – Plato nevertheless asks absolutely the right questions, and his devastating analysis of the moral and political ills of his day is still only too pertinent.
Furthermore, in moving away from a theory of justice conceived in terms of external actions towards a notion of justice as internal psychic harmony, he gives us one of the truly seminal turning-points in Western thought, and one which Freud acknowledges as fundamental to his own work. We may well profoundly disagree with some features of the ideal state that Socrates outlines, but The Republic remains a treasure trove and each new generation will be able to find much in it to illuminate the challenges it faces.
Originally published in ARGO: A Hellenic Review, Issue 10, 2019, Edited by Dr Daisy Dunn for the Hellenic Society https://www.hellenicsociety.org.uk/publications/argo/
Angie Hobbs can be heard on the BBC podcast, “In Our Time” discussing Marcus Aurelius HERE and will also be speaking at our Symposium in August
Facebook

Posted in Philosophers, Philosophy - No comments