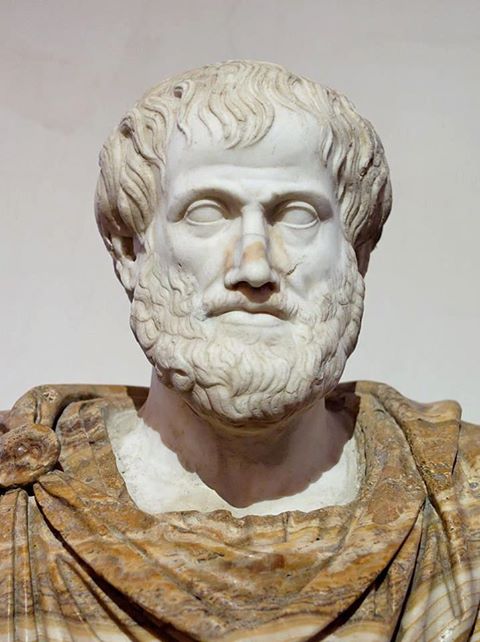 If you recall, we discussed in an earlier essay the epistemology of Plato and his rather abstract notion of the world of the forms. To Plato there exists a separate realm where abstract concepts such as beauty, justice, mathematical principles, even the essence of everyday objects exist perfectly and unchanging. We catch glimpses of these perfect forms as shadows in our world, however they are only imperfect examples of a more perfect form existing beyond our senses.
For some people, that idea can be a little much. And if you are one of those individuals who began banging your head against the wall after reading about the world of the forms, then you are in luck. Today we will examine the other side of this coin. Aristotle was a disciple of Plato and yet he found a very different way to explain the universal qualities of everything in our world.
As a young man, Aristotle was allowed to indulge in his passion of exploring wildlife. It is entirely reasonable to assume that his detailed examination of biology would lead him to be skeptical of Plato’s world of the forms. Consequently, Aristotle proposed many contrary arguments that seemed to refute the ideas of Plato.
Aristotle counters that in the world of the forms there must exist the perfect form of “man”. All men on earth would be modeled after this design. However, in order for this form to have any actual content it would have to be based on a higher form. This higher form would have to be sculpted after some even more perfect form. This would go on and on ad infinitum. This thesis is known as the “Third Man Argument”. It was actually introduced by Plato in his later dialogue Parmenides . However it was Aristotle who used the example of a man and it was this line of thought that lead Aristotle to find knowledge elsewhere.

Aristotle intently studied nature to form his ideas on epistemology.

While Plato was occupied imagining an invisible world, Aristotle looked to find truth in the world around him. He diligently studied flora and fauna and came to understand that there exists constants that can be perceived by the senses. When we are young we intake information through our senses. Over time we will eventually categorize and label things that we have come to learn are similar.
We used the example of a dog when examining Plato’s theory so we shall use the same example here. When a child first meets a dog, he or she has no understanding of what the animal is. Over time the child will encounter several dogs and will begin to recognize characteristics of all dogs. The child will begin to understand that all dogs are furry, wag their tail, bark at strangers and play fetch. The child will subconsciously classify this essence of “dog” and then be able to recognize that essence in the real world.
This idea can still function with abstract notions such as beauty or justice. We have no innate understanding of these virtues, however, over time we experience them in different circumstances and come to have a concept of the essence of justice or beauty. It becomes known to us through our senses.
Unlike Plato, who believed we are born with a vague understanding of the world of the forms, Aristotle believes that all humans are born a blank slate. We slowly learn from experience and we build upon this experience to classify all the things in our world. Being true to from, Aristotle actually made it a mission of his to do just that.
Aristotle devoted much of his life to collecting all types of flora and fauna and then categorizing them based on their perceived characteristics. From this Aristotle created a hierarchy of living things that would later form the basis of taxonomy that is still in use today. If you would like a much simpler way of understanding this, just imagine Aristotle picking up an object and then playing 20 questions.
Is it alive?
yes
does it have fur?
yes
is it larger than a human ?
no
does it love to go for walks and chase squirrels?
yes
IT’S A DOG 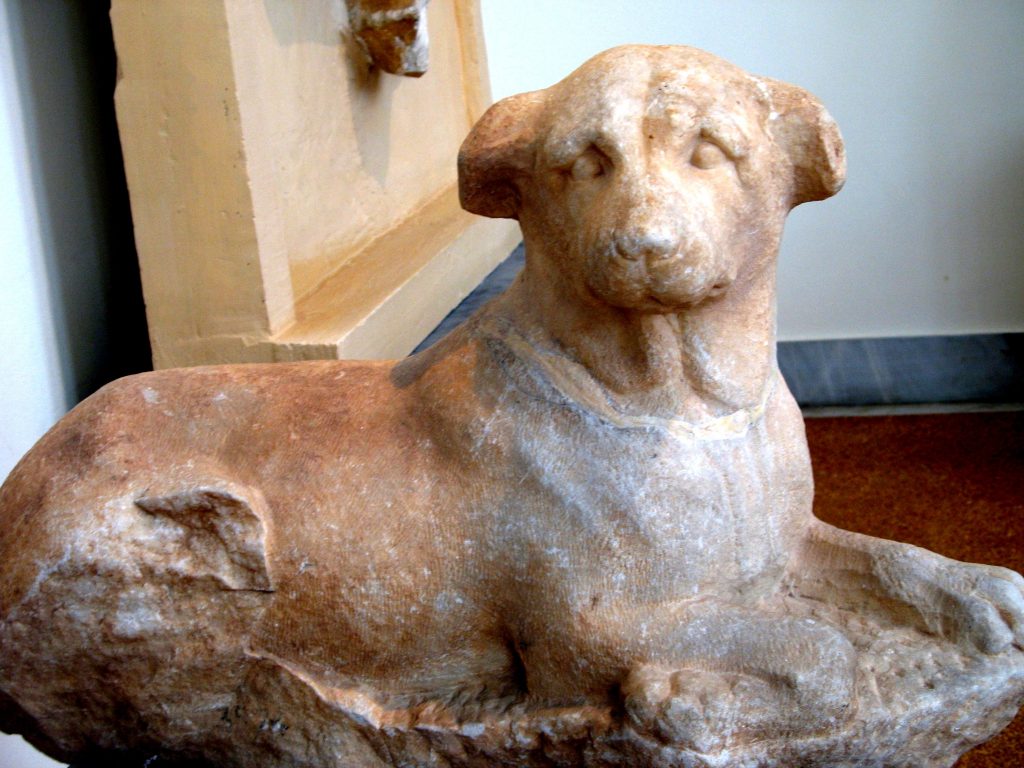 Without having to appeal to a world of forms, we are very aware of the essence of “dog” because we have accumulated knowledge of dog like characteristics over the course of our lives. Aristotle would go one step further when classifying objects and attempting to arrive at true knowledge.
It is not enough to classify things by their physical characteristics. We must also understand what it does, how it behaves, and what its purpose is. Aristotle attempted to answer these questions by examining what would be known as the Four Causes . The four causes are:

1. The material cause (what it is made of)

2. The formal cause (the arrangement or shape of the object)

3. The efficient cause (how was it brought in to being)

4. The final cause (what is its purpose?)

So for instance, if we were to examine a chair, we would note that it is made out of wood, fabric, and metal. It is arranged in a certain way that resembles a chair. It was brought into being by a chair maker, or more likely it fell off of an assembly line. And its purpose is to allow me to sit at a desk and write articles about ancient epistemological philosophy. Easy, right?
The last cause is often pointed out as being rather tricky. How do we understand what the purpose is of something? That is a very fundamental question. For instance, what would be the final cause for a human being? According to Aristotle, our final cause is to seek a life of virtue guided by wisdom.
The disagreement that Plato and Aristotle had on the point of knowledge is very interesting, as it laid the foundation for two separate camps of epistemologists for centuries to come. On one side you have the rationalists who believe that our senses can be deceiving and that we should only rely on logic to arrive at truth. Prominent rationalists include Plato, René Descartes, and Immanuel Kant.
On the other side you have the likes of Aristotle, John Locke, and George Berkeley who believe that all that we know is gained through experience. We should not deny our senses, we should trust them wholly. And the debate between rationalism and empiricism has been waging ever since… but it all began with two great philosophers who found themselves at odds.
Facebook