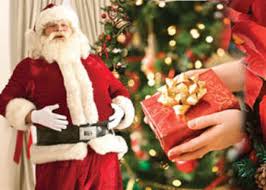 Christmas: Its Origins in Ancient Greece and Rome

By Edward Whelan, Contributing Writer, Classical Wisdom
The modern world owes so much to the Greeks and the Romans, they influenced how we live and our society in so many ways. For instance, now we think that Christmas is a very Christian festival, celebrating the birth of Jesus Christ, but in fact, the holiday was greatly influenced by the pagan Greeks and Romans… in more ways than one.

A Greek icon of the Nativity

Ancient Greece and Christmas
Every society has religious festivals that are accompanied by feasting and celebrations. The Greeks were no different. The ancient Greeks regularly celebrated festivals in honor of the Olympian deities they worshipped. One of the most popular religious festivals was held for the god Dionysus, the Olympian god of wine, fertility, pleasure, festivity, delirium and frenzy. This god was something of a shapeshifter and he was often portrayed as either an old man or an effeminate youth. This ability meant that he was also the god of drama and the theatre. He was a very popular god with the ordinary people and so every year they held a celebration in honor of the god of wine on December 25th or the 30th.
Like Jesus, Dionysus was born to a Virgin, regarded as a redeemer god by many, and the festival in his honor was related to the birth of the winter sun. His birthday was marked with feasting and possible present giving. There were many hymns to Dionysus sung at this time, mainly by choirs of children, which is rather similar to modern Christmas carols.

the Self-Portrait as Bacchus, is an early self-portrait by the Baroque artist Michelangelo Merisi da Caravaggio, dated between 1593 and 1594.

While the birthday of Dionysus has very many similarities with the celebrations around the birth of Jesus Christ, some scholars believe that The Kronia, an Athenian festival held in honor of Kronos and was noted for its feasting, was also one of the inspirations for the Christian festival.
Ancient Rome and Christmas
Christianity started as a sect within Judaism, but changed radically over the centuries. Despite persecution, it was able to flourish within the Roman Empire. The Christians were often loud in their condemnations of the Romans as sinful, but in fact, they were also greatly influenced by them. It is widely agreed that the Roman festival of the Saturnalia was highly influential in the development of the Christian holiday of Christmas.

Saturnalia was held in honor of the god Saturn, the god of agriculture, wealth and plenty, and this celebration ran from the 17th of December through to 23 December, as corresponds to the modern calendar. This festival was marked by sacrifices to the god and a lavish public party. It is possible that at one time there were human sacrifices to the Saturn, but these were later replaced by effigies of human figures. There was also a lot of gift-giving between neighbors and family members.
Partying and public drunkenness during the festival was common and everyday social norms were overturned. Indeed, the traditional hierarchy itself was subverted. Slaves were served by their masters and the ordinary people took great liberties. There was a great deal of promiscuity and it is alleged that women could sleep with whomever they wish. Moreover, many things that were illegal during the rest of the year were tolerated during the Saturnalia, such as gambling. Once the festival was over, however, Roman society returned to the traditional social norms.

A painting of the Saturnalia from the 19th century

Christianity and the Saturnalia
The Christians naturally hated the festival that was held in honor of the Roman Pantheon’s King of the Gods because they viewed them as promoting immorality and sin. The festival was denounced by many Christian apologists and saints, but nevertheless, Saturnalia was very popular, not only in Rome but throughout the Roman Empire. Over time Christians decided to adopt Saturnalia because they knew that it was so popular with the people that they could not simply ban it.
Meanwhile, the exact birth of Jesus Christ is not known and it is not mentioned in the Bible. December the 25th was selected by the Early Church in order to associate the birth of the Christian redeemer with Saturnalia. It was the Christian leadership’s attempt to Christianized Saturnalia and her Roman celebrants and to a large extent, they were successful. However, people continued to celebrate Saturnalia and the birthday of Jesus at the same time for many years.

Roman gamblers from a mosaic

Over time the Christian Church was able to completely Christianize the pagan festival. However, elements of Saturnalia remained, as seen by the tradition of the Lord of Misrule in many European countries. This was a time when the social norms were suspended and outrageous behavior was acceptable, just as in the time of Saturnalia.
Whether it was to honor Dionysus, Kronos or Saturn, the Greek and Roman traditions live on in our modern Christmas celebrations, and that’s something to remember at your next Christmas party…
References
Count, Earl W (1997)4000 Years of Christmas: A Gift from the Ages. NJ: Ulysses Press