The Top 8 Greatest Inventions of the Mycenaeans | Classical Wisdom Weekly 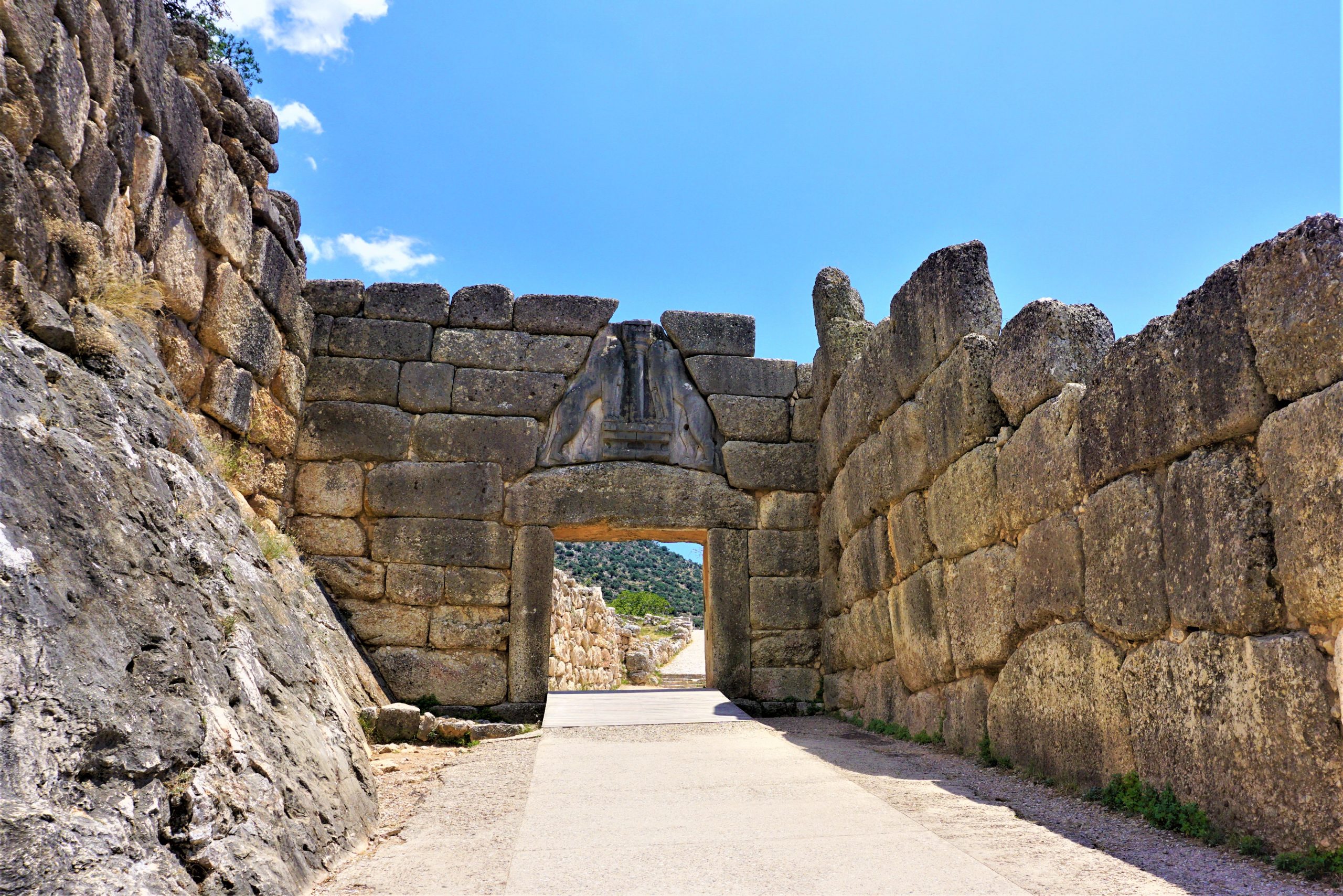 The Top 8 Greatest Inventions of the Mycenaeans

By Ed Whelan, Contributing Writer, Classical Wisdom
This month’s Classical Wisdom Litterae Issue is dedicated to the Mycenaeans! Get a subscription and learn more about these fascinating Bronze Age people HERE.
Who were they?
The Mycenaeans are often regarded as the first Greeks. They were the descendants of the first Neolithic farmers who settled in what is now Greece, and they were influenced by the Minoans. They developed cities and kingdoms, and in the late Bronze Age, these developed into a spectacular and sophisticated culture and civilization (1700-1100 BC). Their states were based on vast palaces and ruled by kings known as wanax. The Mycenaeans controlled the Peloponnese in Greece and eventually occupied Crete and the many Aegean Islands. Their influence was felt as far away as Cyprus and Asia Minor. The Iliad and the Odyssey, two of the most celebrated works on ancient literature, depict the Mycenaeans and their wars. Yet in about 1100 BC the Mycenaean culture had collapsed, for reasons that remain unclear. It was possibly due to natural disasters, foreign invasion, or civil wars. Here are some of their greatest achievements…
1. Mycenaean Architecture
The Mycenaeans were great builders and they engaged in some of the largest construction projects in Europe before the Roman Empire. These Bronze Age Greeks profoundly influenced the development of Archaic and Classical Greek architecture. The Mycenaean megaron, or palace complex, were monumental royal residencies that were enclosed by massive walls. These massive structures had porches, a vestibule, halls and arched corbel galleries. These were all elements that were extensively used by later Greeks. The Mycenaean Palace greatly influenced the evolution of the Classical temples and public buildings, which have significantly influenced the development of Western architecture.
2. Mycenaean Engineering
The Mycenaeans were also great builders. Archaeologists have found that they were among the first to build stone bridges in Europe. They were also the first European civilizations that developed flood defences and even terraced agriculture. Sadly, however, much of their engineering knowledge was lost during the so-called Greek Dark Ages.
3. Mycenaeans factories
The Mycenaeans were also the first European Bronze Society who developed large scale manufacturing. These were much more advanced than other Bronze Age European cultures. They had large scale enterprises that made textiles, pottery and metalwork that were exported all over the Mediterranean World.
4. Mycenaean Writing
The Mycenaeans developed the first form of written Greek. This script is known as Linear B, and it was influenced by the mysterious Minoan script known as Linear A. Archaeologists have found many clay tablets with Linear B. The script was mainly used for record-keeping and administrative purposes. However, the Archaic Greeks alphabet was not based on Linear B, but was based on the phonetic Phoenician alphabet. Yet phrases and words from Linear B do appear in the works of Hesiod and Homer.
5. Mycenaean Cultural Achievements
The Mycenaeans had many cultural achievements. Their religion played a crucial role in the development of later Greek mythology and beliefs. They worshipped the first known representations of Zeus and Poseidon. The origin of many Archaic and Classical Greeks religious practices originated in the Late Bronze Age culture. Mycenaean stories played a key role in the evolution of Greek mythology. The Iliad and the Odyssey are both probably based on Mycenaean stories that may have been once recited in the great palaces to entertain the wanax and his court.
6. Mycenaean Military armor
The Mycenaeans were a society of warriors, which is very well shown in the Homeric epics. The Mycenaeans developed a new type of helmet made out of boars’ tusks. They used their considerable metalworking skills to develop new types of armor which were very advanced for the time. The best-known, example of this is the Dendra Panolopy (1450 BC) which is a full-body suit of armor.
7. Mycenaean Military Revolution
Homer describes the Mycenaean armies fighting outside the walls of Troy. The aristocratic elite fought in chariots but the Mycenaean army was composed of heavy infantry, typically armored. They used long spears and round shields. The Mycenaean military equipment and tactics were very effective and probably influenced the development of the hoplite style warfare, which was used by the Spartans and Athenians to defeat the Persians in the 5th century BC.
8. Advanced shipbuilding.
The Mycenaeans were not only great warriors they were also great mariners. We can get a glimpse of this in the adventures of Odysseus. It appears that the Mycenaeans developed trade networks over the Mediterranean. They develop new galleys that were probably based on Minoan models. The Mycenaean ships had seats with rowers and sails AND were steered by triangle rudders. Their ships, which were very large for the time, decisively influenced Archaic age vessels.
Conclusions
The Mycenaeans had many remarkable achievements in architecture, engineering, military tactics and shipping. These Bronze Age Greeks also helped to shape the evolution of later Greek culture, which has profoundly influenced the modern world. Sadly, some of their achievements have been lost to us. Yet nevertheless, it can still be confidently said that Mycenaean Greece was one of the cradles of civilization.
References
Kelder, Jorrit (2005). “Greece During the Late Bronze Age”. Journal of the Ancient Near East Society: Ex Oriente Lux. 39: 131–179.
Chadwick, J., 1976. The Mycenaean World. Cambridge: Cambridge University Press.
If you want to learn more about the Mycenaeans, check out our latest, new-look edition of our magazine, Classical Wisdom Litterae. Get a subscription and learn more about these fascinating Bronze Age people HERE.
Facebook