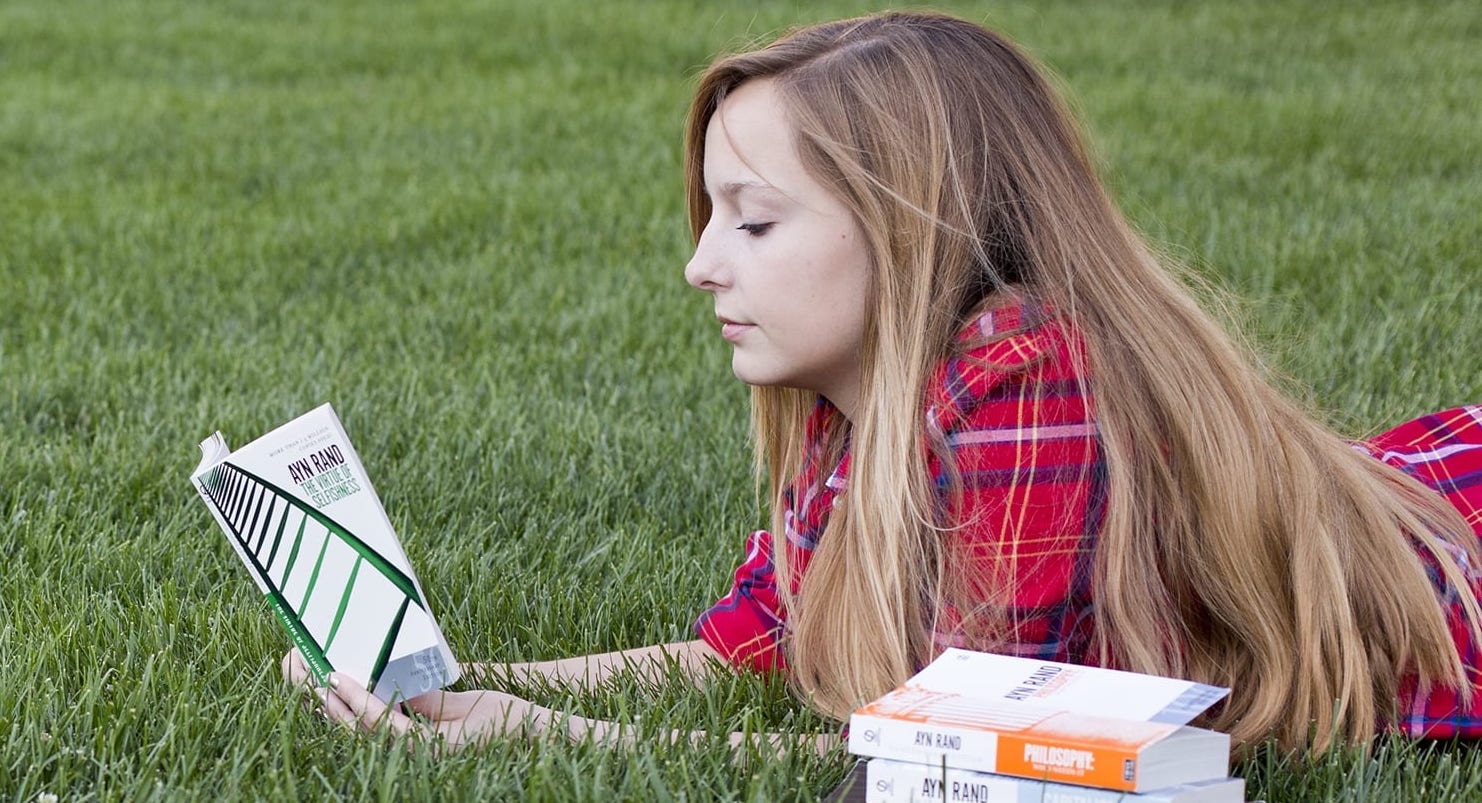 Philosophy: Who Needs It?

Alice O’Connor (born Alisa Zinovyevna Rosenbaum) was a Russian immigrant who came to America with all the hopes and ambitions that encompassed the American dream. Arriving in New York in 1926, she cried at the Manhattan skyline with what she described as “tears of splendor”.
In her newfound homeland, she wrote plays for Broadway, worked as an extra in the silent film King of Kings, and tried her hand at screenwriting in her search for success.
She also began to write novels. Her first semi-autobiographical work, We the Living, delved into the struggle between the individual and the state.
You see, she had personally watched the communists turn Russia into a dictatorship and grew up under the collectivist ideology that made it possible. She could not stay silent while this ideology was gaining a foothold in her beloved United States.
Her literary themes evolved from the political (We the Living), to the moral-psychological (The Fountainhead), to the metaphysical level (Atlas Shrugged).
Alice was also deeply influenced by Aristotle whose dedication to logic, reason, and man’s life on earth were exemplary… and of the utmost importance when striving for a better society.
The profundity of his thought was not lost on Alice . . . who went on to develop a systematic philosophy of her own.
Over the years she expanded her philosophical views and illustrated them in both fiction and non-fiction form . . . but always with a nod to Aristotle.
Indeed, when asked where her philosophy came from she responded: “Out of my own mind, with the sole acknowledgement of a debt to Aristotle, the only philosopher who ever influenced me. I devised the rest of my philosophy myself.”
The philosophy, you may already have guessed, became known as Objectivism.
And “Alice” went more commonly by her pen name, Ayn Rand.
Over the course of her life, Rand would have 17 books published – outlining her often controversial ideas and perspectives.
The very last of which was “Philosophy: Who needs it?”
Posthumously published, this final work delves into the essential role that philosophy plays in every individual’s life.
To this day, Ayn Rand remains a controversial thinker. Her ideas have inspired many and often have taken a life of their own. But as lovers of wisdom and seekers of knowledge, we can not rely on reputations or pop culture connotations. We must read the texts ourselves and discover – with an open mind – the lessons therein.
To this end, I highly recommend checking out “Philosophy: Who Needs It” to gain insight into Rand’s philosophy.
Get Your Copy Here.
Make sure to join this year’s Symposium (August 21/22) to listen LIVE to Aaron Smith, a Fellow and Instructor of the Ayn Rand Institute.
Aaron received his PhD in philosophy from Johns Hopkins University where his research focused on Aristotle’s theory of knowledge. Prior to joining the Ayn Rand Institute in 2013, he was a visiting assistant professor of philosophy at the University of Maryland, Baltimore County, where he taught ancient Greek philosophy, moral theory, and epistemology.
This year he will discuss Philosophic Ideals and the Fate of a Nation.
Get your tickets here.
Facebook