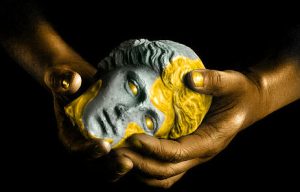 “Be careful what you ask for”, goes the old saying. Apparently though, King Midas never heard it. Truth be told, there are a few King Midas’ in ancient history, depending on which reference you like. However, most stories relate that he was the son of Gordias and hailed from the ancient kingdom of Phrygia, somewhere around modern day central Turkey, close to Ankara.
But that’s not why Midas is a household name. No, we aren’t talking about an oil change either. We are instead referring to the Midas Touch. Most people will think about gold when hearing those two words collocated. But does everyone know the supposed story behind it? If not, read on.
The famous Roman poet, Ovid, narrates the whole story in the poem Metamorphoses. Like many tales gone awry, it begins with a god and in this case a divinity known for getting into trouble. However, this time it wasn’t only the god Dionysus, but his foster father and school master, the satyr Silenus. The old fellow had been enjoying more than enough jugs of his favorite grape drink when he wandered away drunk. Then, depending on the version you read, he either passed out in the King’s garden or was taken there by the peasants of Phrygia. Either way he ended up at King Midas’ feet. Fortunately for everyone involved, the intelligent royal recognized the inebriated satyr and recalled his divine connection. As a result he put on his best spread and entertained Dionysus’ father-like friend for 10 days and nights. Finally on the eleventh day, King Midas brought Silenus back to Dionysus in Lydia, also in central Turkey. The God was delighted to see his mate well and offered to give king Midas whatever he wished.
The avaricious monarch requested that whatever he touches turns to gold. At once Dionysus granted his wish and Midas, not surprisingly pleased, worked at once to stockpile his yellow metal reserves. Still enthusiastic, he ordered his peasants to prepare a great feast for him at the table. “So Midas, king of Lydia, swelled at first with pride when he found he could transform everything he touched to gold; but when he beheld his food grow rigid and his drink harden into golden ice then he understood that this gift was a bane and in his loathing for gold, cursed his prayer” (Claudian, In Rufinem).
Now the tables had turned and he abhorred his new talents. He begged Dionysus to restore him to his old self and deliver him from the clutches of starvation. The Wine God took pity and instructed King Midas to go to the river Pactolus. There the abundant stream would wash away any gold turning powers and revert items back to their previous state. King Midas happily obeyed, submerged into the waters and saw his divine gift float into the river and turn the sand bank into gold. This explained both why the river, located near the Aegean coast in Turkey, has such yellow coloring and why the dynasty, claiming Midas as their forefather, was so rich.
There is actually another story concerning Midas and some Asses’ ears – but that is for another day.
Interestingly enough, King Midas probably did exist and his (or his father’s) supposed funeral mound was discovered in the late 50’s. It was a huge burial, with the best Iron age drinking vessels ever recovered. In addition, the body of his majesty measured only 1.59 meters, or 5’2”, and no gold was found at the site.
Facebook