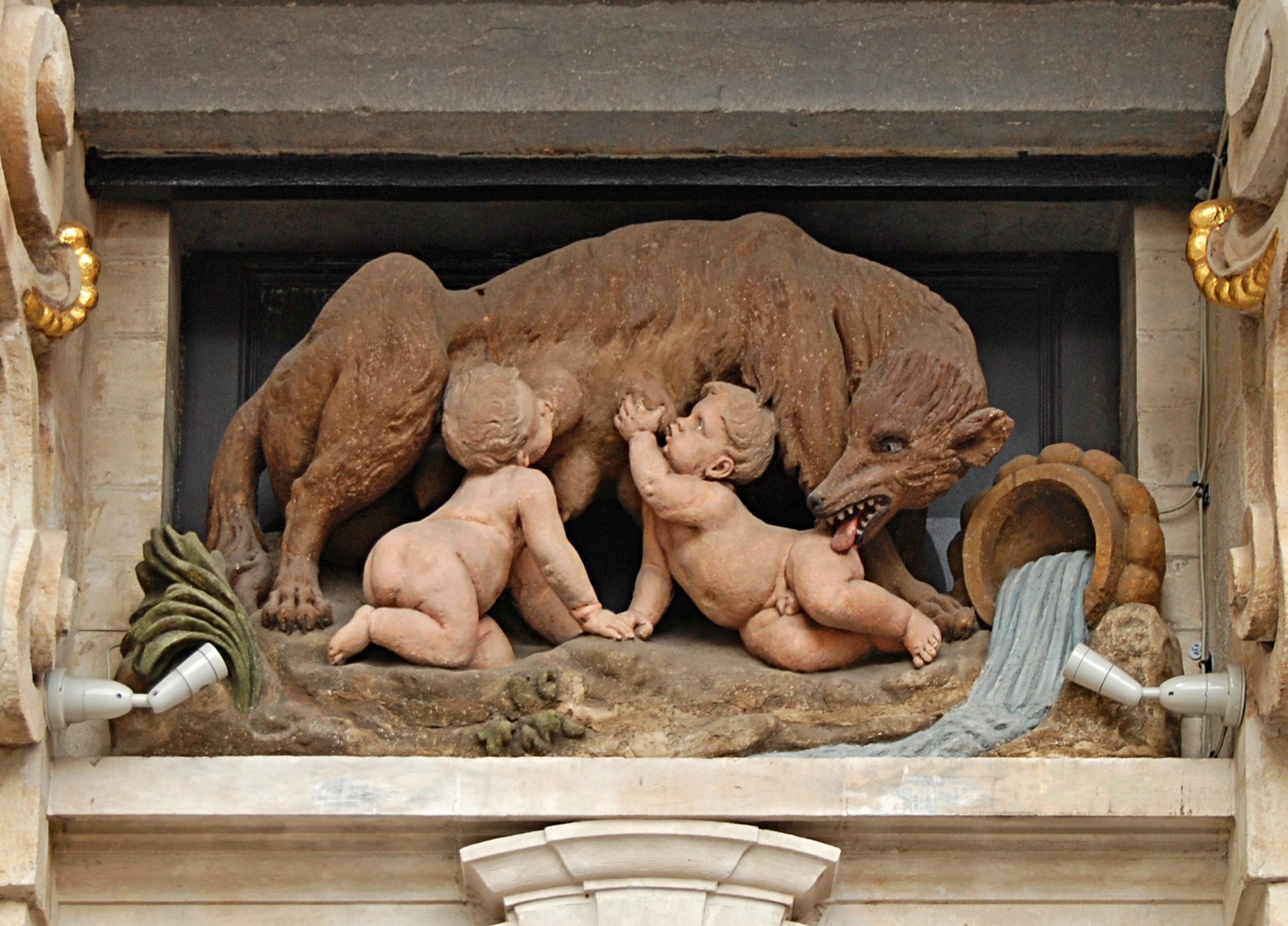 Romulus and Remus: Murder and the Foundation of Rome

Written by Edward Whelan, Contributing Writer, Classical Wisdom
The ancient Romans were so respectful of tradition and ancient practices that they revered the founder of Rome, Romulus, even though he murdered his brother Remus. In fact, the myth of Romulus and Remus was crucial to the construction of Roman identity and important in the development of their values and worldview.
The origin of the myth of Romulus and Remus
There is no single version of the myth about the two brothers. It may have been based on an early wolf cult that, at some point, became the foundation myth of the city of Rome. Archaeologists have found evidence of a shrine to Romulus and Remus in the heart of the ancient city, indicating that they were worshipped at an early date. There were many ceremonies dedicated to the duo, such as the Lupercalia. However, many Romans were uncertain as to the origin of these rituals and festivals.
The story of Romulus and Remus
According to the generally accepted version of the myth, the twins’ father was the Roman War God Mars and their mother was the vestal virgin, Rhea Silvia. She was the daughter of the King of Alba Longa who was deposed by his brother, Amulius. He forced her to become a vestal virgin so she would not bear any sons. 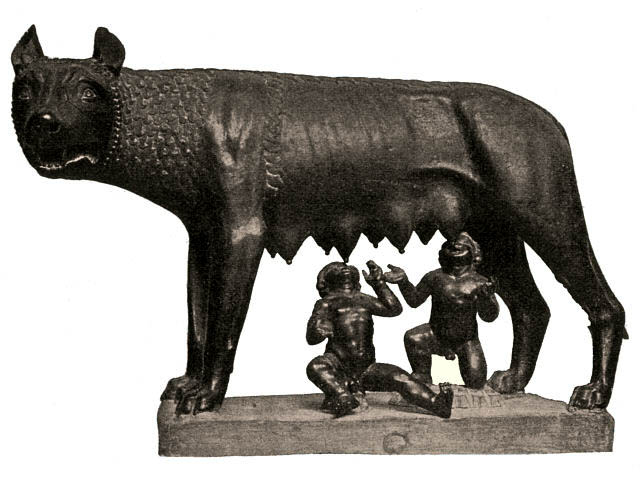 La Lupa Capitolina “the Capitoline Wolf”. Traditional scholarship says the wolf-figure is Etruscan, 5th century BC. The figures of Romulus and Remus were added in the 15th century AD by Antonio Pollaiuolo. Recent studies suggest that the she-wolf may be a medieval sculpture dating from the 13th century AD. Source: Wikipedia. (Not so) fun fact: Benito Mussolini, in 1931, gifted a replica of the Capitoline Wolf to Cincinnati, Ohio to commemorate the Roman statesman and military leader Cincinnatus, who is the city’s namesake. The statue sits at Eden Park to this day.

It was prophesied to the new king that any male children she bore would depose him. When he heard that Rhea Silvia was pregnant, he was enraged. Amulius ordered that the twins be exposed—a common form of infanticide in Rome throughout its history.
A servant was ordered to take the boys in a basket and abandon them. However, the servant took pity on them and placed the basket with the twins on the River Tiber. The boys floated away and eventually were found by a she-wolf, who suckled them. They were later reared by a shepherd. As young men, they returned to Alba Longa and killed the usurper and restored their grandfather to the throne. They then left to find a new city and they eventually stopped at a place on the River Tiber.
The murder of Remus
According to Livy, the great historian, the two brothers began to quarrel over the site of the proposed city. Romulus wanted to establish the city on Palatine Hill, while Remus wanted to found it on the Aventine Hill. They came to a compromise, deciding to study the omens from the gods. They agreed to select the site that was chosen by the one who saw the most birds, a common Etruscan divination method. 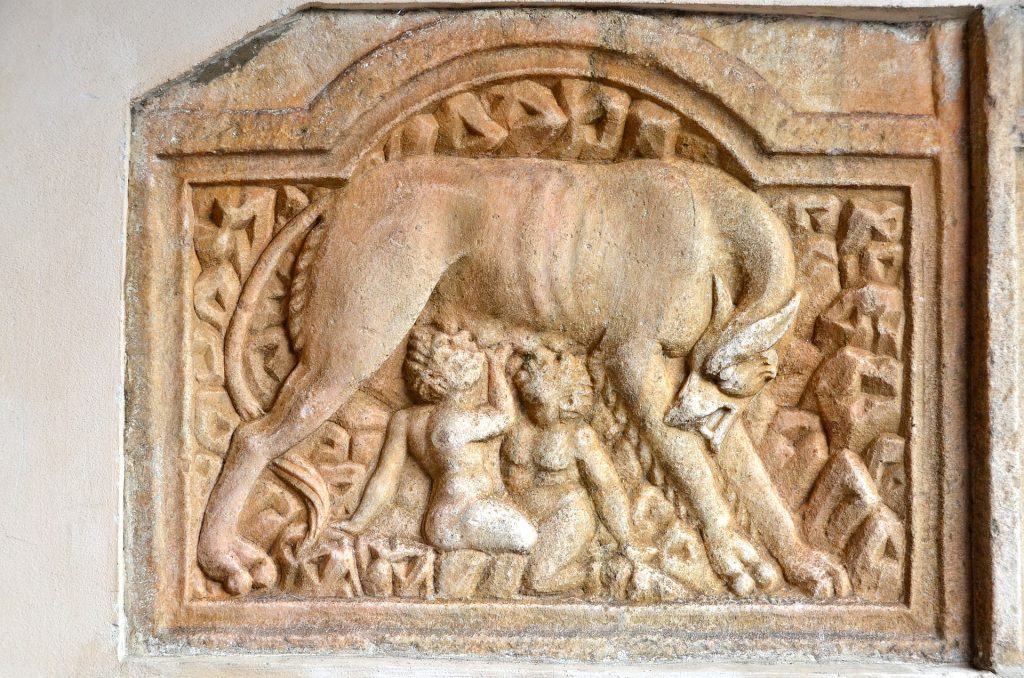 A Roman relief from the Cathedral of Maria Saal showing Romulus and Remus with the she-wolf.

Remus saw six birds while Romulus claimed to have seen over a dozen. However, Remus refused to recognize the omens of the gods and decided to build his city on a hill neighboring his brother Romulus. The two men and their followers began to clash. Romulus, who was the shrewder of the two, began to build a ditch and wall around his settlement. Remus began to mock this and jumped over the walls in mockery of his brother’s efforts. This led to a fight.
One of Romulus’ supporters struck his twin with a spade and he was immediately killed. Another version of the myth has the Gods strike Remus dead. Livy reports that Romulus was aggrieved by the death of his brother and buried him with due honor. Remus’ death came to be regarded as the founding of Rome.
Romulus: Rome’s first ruler
Romulus became the king of his settlement. He was to prove to be a great leader and warrior and greatly expanded his city. It was ultimately named after him and this is the origin of the name Rome. 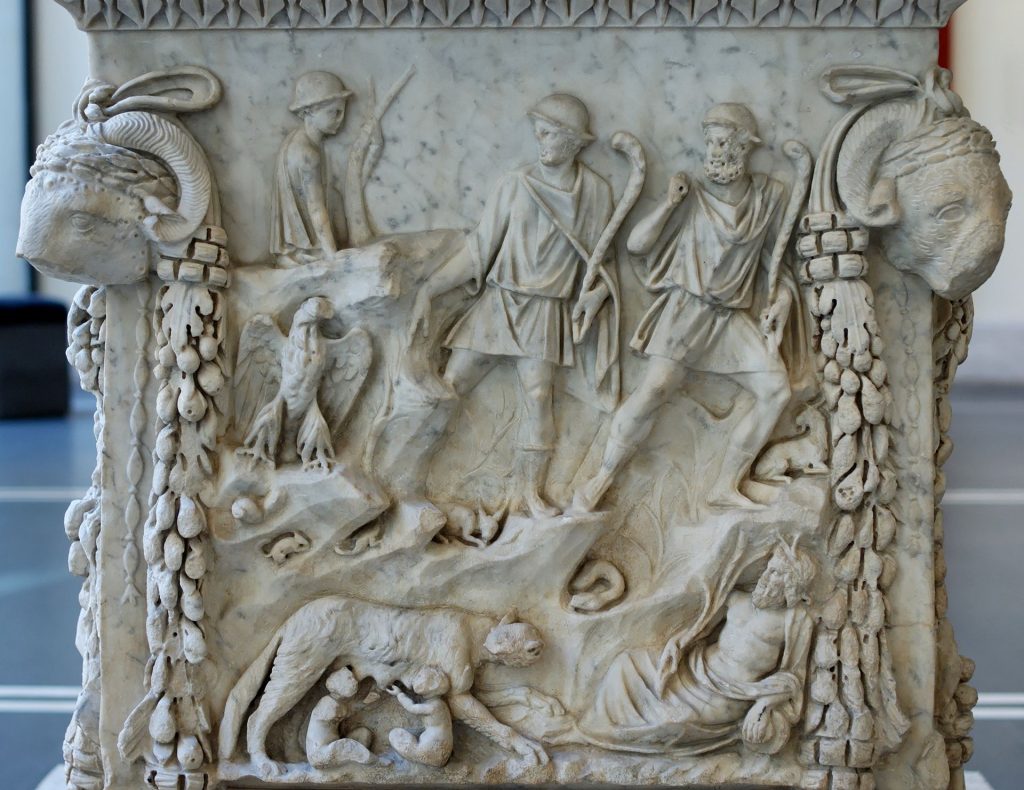 Altar to Mars (divine father of Romulus and Remus) and Venus (their divine ancestress) depicting elements of their legend. Tiberinus, the Father of the Tiber, and the infant twins being suckled by a she-wolf in the Lupercal are below. A vulture from the contest of augury and Palatine hill are to the left. (From Ostia, now at the Palazzo Massimo alle Terme). Source: Wikipedia.

It is believed that he conquered the Sabines and Alba Longa. Romulus was also believed to have founded many of the political institutions of Rome, such as the Senate. He also divided the population into the orders of plebeians and patricians. Many of the laws of Rome are reported to have been established by Romulus. It is believed that when he died that he ascended into the skies or disappeared in a storm. In another version of the myth, he was killed by the senators and was buried in the Forum.
The meaning of the myth
The story of Romulus and Remus is a foundation myth in that it explains the foundation of a political community, in this instance Rome. It is important to remember that the twins and their actions are all predetermined by fate, and therefore, were sanctioned by the gods. The myth indicated to the Romans that their city was divinely inspired and would be divinely protected.
The figure of Romulus was used to explain many of the city-state’s political institutions and laws. The story of Romulus and Remus values concepts such as unity and respect for omens. The story was very popular and was a frequent subject of artists in the Republican and Imperial periods. 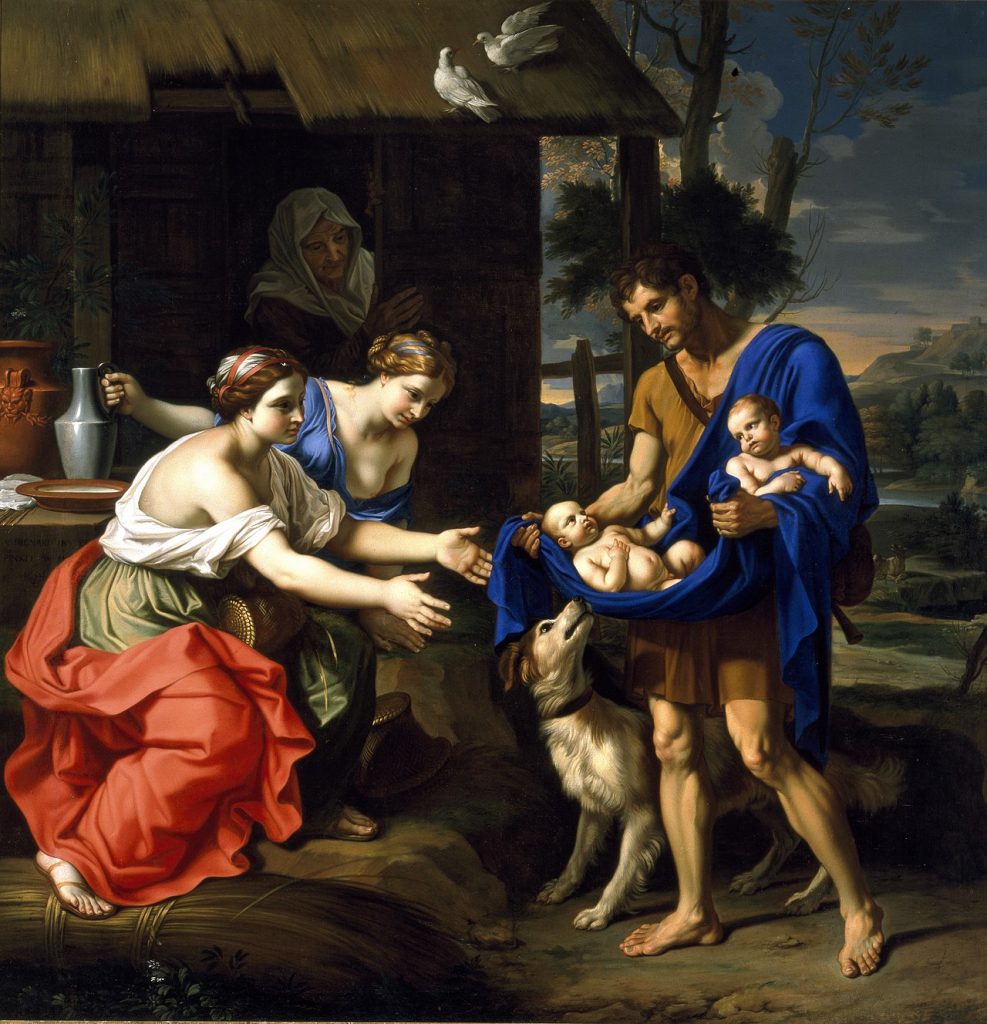 The Shepherd Faustulus Bringing Romulus and Remus to His Wife, Nicolas Mignard (1654)

Conclusion
The myth of Romulus and Remus was used to explain the early history of Rome. It played an important role in the public religion of the Republic and later the Empire. Moreover, the myth was used to shape the values of the citizens and was instrumental in the formation of a distinctly Roman sense of identity and mission.
References
Facebook