Stoicism: A Life In Accordance With Nature

Stoicism departs rather dramatically from the previous schools of thought we’ve been covering. With an emphasis on suppressing our desires for materialistic pleasures and promoting the pursuit of virtue for the sake of duty, Stoicism takes a different route to arrive at a good life.
Stoicism and Epicureanism are often contrasted with each other, and that is rather fair. Both schools of philosophy arose during the Hellenistic age of Greece when the political revolution of Alexander the Great had stripped the individual from his insulation within a city-state and thrust him into an interconnected and vastly expanded society. 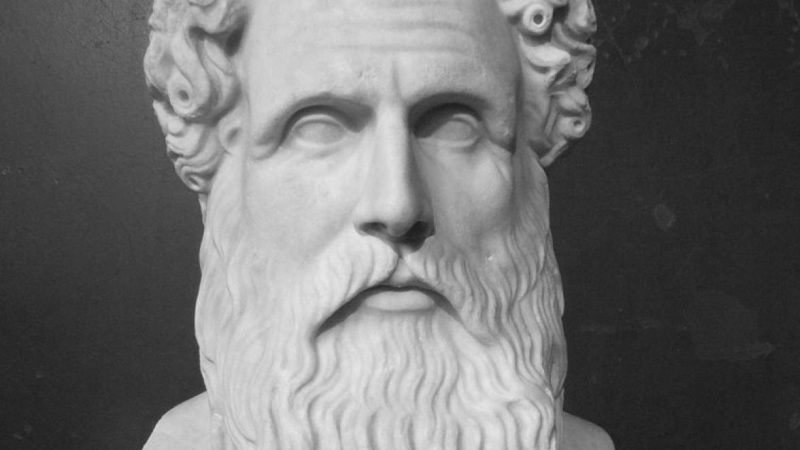 New schools of thought emerged to compensate for the small individual lost in a big world. Epicurus believed that the universe, the soul, and whatever gods may exist were all composed of atoms. There is no system, no grand design outside of the life of a man. Death is merely the dispersion of atoms and is rather inconsequential. Man is, therefore, his own guide to a satisfactory life, and should spend his time pursuing modest pleasures and avoiding pain and fear.
Stoicism, founded by Zeno of Citium, took the complete opposite view of the universe. Rather than viewing the universe as inconsequential, the Stoics attributed great importance to nature and the structure of our world. As a result, their moral philosophy stood in stark contrast to that of the Cyrenaics or the Epicureans.
However, before we explain the Stoic’s moral philosophy, we must first examine their cosmology, their philosophy of the universe. You simply can not grasp the former without understanding the latter. 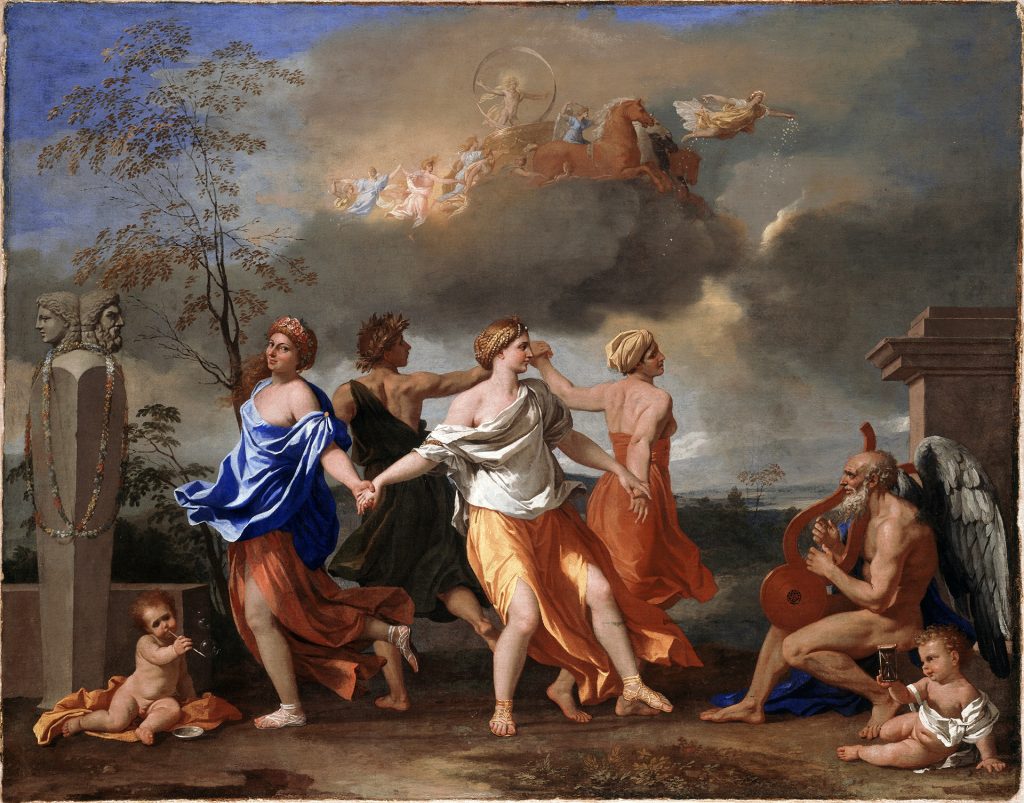 A Dance to the Music of Time, Nicolas Poussin (1640). The Wallace Collection, London.

The Stoics believed that the universe was expertly designed and operated in a way that was perfectly logical. Taking a page from the pre-Socratic philosopher, Heraclitus, the Stoics saw the universe as being governed by a divine, logical force that touched all things and admitted no exceptions.
To the Stoics, nature is the guiding principle. Interestingly, nature was also synonymous with God. Since nature (or God, if you prefer) is the highest form of goodness, a good life is one in accordance with nature.
To achieve this we must recognize the unimportance of non-essentials like luxury, wealth, and bodily pleasure. The potentiality for reason that exists within humans is the one thing that separates us from all other natural creations.
And so we see that “live according to nature” takes on two meanings. We ought to live by recognizing and consciously accepting the grand design of the universe. Also, we should live according to our human nature, which the Stoics believed was the cultivation of absolute reason.

Piazza del Campidoglio (Rome, Italy). Statue of Marcus Aurelius, perhaps the only person worth the name of “philosopher-king.”

Man’s goal in life is, therefore, attainment of perfect reason. A peasant can be happy so long as he is a sage, but a king will be miserable unless he is also a sage.
Additionally, the peasant ought not to languish about his lot in life, for his place within the world is part of the grand design and therefore is perfectly logical. This can be said about all conventional evils that man suffers. War, death, disease, and poverty are all parts of an expertly crafted universe. We should not spend our days fretting over such woes, but accept them as all part of the plan.
These ideas are often difficult to accept for modern readers. How could it be that a peasant could be happier than a king, given the disparity of wealth?
The Stoics did acknowledge that certain individuals were given more counters than others within the game of life. However, these treasures do not speak to your true self, your inner virtuousness, and so they are of little consequence. Also, while having more poker chips might make it easier to win, the Stoics believed that the goal of life was not to triumph over your fellow man. The goal was to play well, a task that was possible whether you possessed all the riches or none.

Objections to Stoicism
The philosophy of Stoicism seems appealing, but we tend to run into a few roadblocks when trying to live according to its teachings.
The Stoics believed that virtue alone is good, vice alone evil, and everything else should be treated with absolute indifference. Suffering, fear, and death are all things of no consequence to us. The Stoics aimed at ethical perfection, but nothing short of perfection will do.
We must ask, is it even possible to completely disregard our own sufferings for the sake of appealing to a divine universal force? Because if we fall short of this, then we also fall short of the perfect life described by the early Stoics. Whether we lose by an inch or a mile, losing is still losing.

The Death of Seneca by Domínguez Sánchez, Manuel.

The attainment of ethical perfection according to Stoicism is so difficult in fact, that we might be hard-pressed to find a philosopher who was able to live up to the lofty standards. If asked for an example of a person who exercised perfect reason, the Stoics might point uncertainly to Socrates or Diogenes of Sinope. Other than that, it would be difficult to say for certain.
Therefore, Stoicism requires us to accept a divine cosmology, disregard all of our sufferings, and cultivate ourselves toward absolute reason. If we stumble on any one of these, the entire pursuit is lost. That seems rather difficult, and perhaps there is a more forgiving philosophy that we could subscribe to instead.
Facebook