By Edward Whelan, Contributing Writer, Classical Wisdom
Apollonius of Tyana was a remarkable and complex person. In the Ancient World he was called a magician, a fraud, a scientist and many even believed that he was a divine figure who could save humanity. Many saw him as a pagan messiah and indeed, he was more popular than Jesus for a time in the Roman Empire.
We know quite a lot about this fascinating man, but much of it is unfortunately unreliable. It appears that he lived in the first century A.D, though some believe that he lived much later. He was almost certainly a Greek born in Tyana, Roman Cappadocia, which is now in the modern nation of Turkey. Apollonius was educated in a local temple and became a religious teacher. He later became a follower of the religious teacher and mathematician Pythagoras and was heavily influenced by his philosophies. 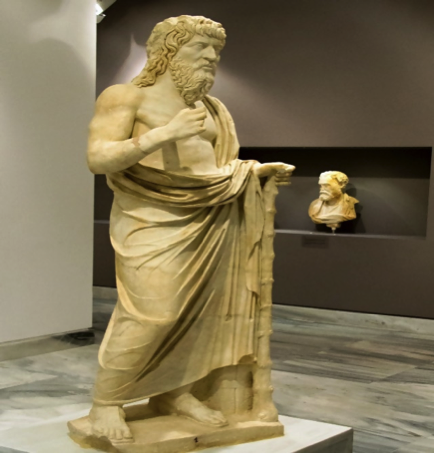 A probable statue of Apollonius of Tyana

Apollonius of Tyana taught the doctrine of reincarnation, that the soul is constantly being re-born and that how people lived in their past life determines how they are re-born. Like Pythagoras, he urged listeners not to eat meat and not to commit violence so that they could be re-born in the best way possible.
Apollonius advocated that people should live a simple and ascetic life, and did so himself. He lived a very Spartan existence and once did not speak for five years. He also preached chastity and condemned the drinking of alcohol.
Interestingly, Apollonius believed in one supreme God, but that prayers, rituals, and sacrifices were not required by this God. Instead, he argued that with meditation we could achieve a mystical union with the Supreme being. He also believed that reason could be used to achieve unity with God. It’s clear that Apollonius’ religious ideas were as revolutionary as anything taught by Jesus and St Paul.
Remarkably, Apollonius was interested in science and was a supporter of the view that the earth rotated around the sun. He was both a mystic and a scientist. 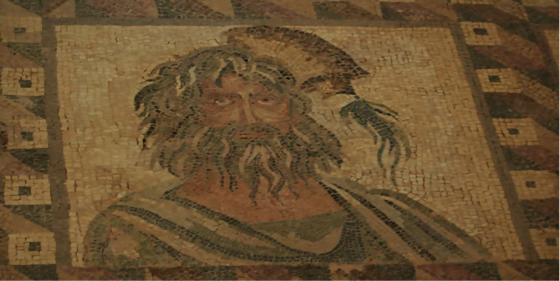 A mosaic with Apollonius

It seems that he traveled throughout the ancient Mediterranean world and even reached Ethiopia. Apollonius of Tyana, along with his first disciple, Damis, may have also journeyed to India. Many believe that his teachings were influenced by Indian religions, such as Buddhism and Hinduism. It appears that unlike other Greeks at the time, he was interested in other cultures and discussed religion and philosophy with Persian priests and others.
Apollonius of Tyana was often regarded as a wonderworker. He traveled the known world and performed many miracles which earned him a great following and convinced many that he was some kind of savior. Furthermore, he also spoke in parables and regularly denounced the rich and powerful.
Among the miracles that were attributed to the Greek, was saving the city of Ephesus from a plague. It is also claimed that he brought the daughter of a Roman Senator or Consul back to life. In one case he stopped a follower from marrying a woman who turned out to be a vampire, and in doing so saved his life. However, a later biographer argued that these were not a result of any miraculous powers but of his scientific knowledge. 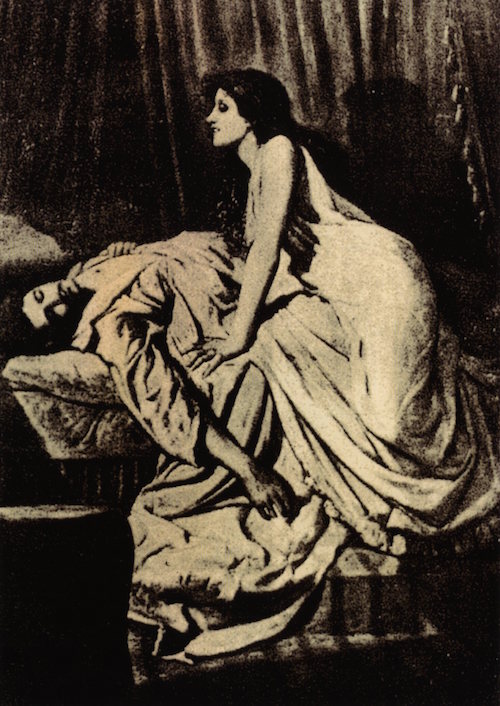 The Vampire (1897) by Philip Burne-Jones

There are several accounts of the death of Apollonius. In one, he was arrested by Septimius Severus but disappeared from his cell and was never seen again. In another version, he rose into heaven from a temple in Asia Minor. In most stories, it is claimed that he disappeared about the age of 100 and was still youthful.
Damis, his earliest disciple, collected a series of notes on the life of his teacher. These were used by the 2nd century AD Athenian Sophist Philostratus to compose his biography of the Greek. Unfortunately, this biography is not considered to be very reliable. Many researchers believe that it was written on the instructions of the Empress Julia Domna, the wife of the Emperor Septimius Severus and the mother of the bloody tyrant Caracalla. 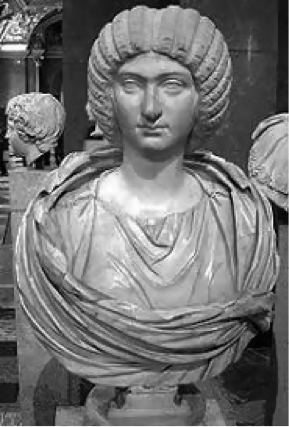 Some historians believe that the Empress commissioned the biography by Philostratus in order to counteract the popularity of Christianity. She wanted to strengthen paganism in the Empire and was worried about the threat from the Christians.
This means that the real figure of Apollonius may have been lost. Philostratus may have misrepresented him in order to turn him into a pagan alternative to Jesus Christ. This appears to have been successful and Apollonius was honored by many, including the Emperors Julian and Aurelian and his image was worshipped in many temples for centuries after his disappearance. 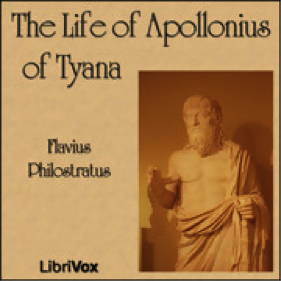 Cover of Philostratus biography of Apollonius of Tyna Source: https://archive.org/services/img/life_apollonius_tyana_1101_librivox

This was not enough to stop the growth in the Christian Church. The worship of Apollonius declined after Constantine made Christianity the official religion of the Empire.
Philostratus’ biography may have distorted Apollonius, so today we do not know who he actually was. Was he a fraud, a religious prophet or a serious religious philosopher? We will never be sure. What can be said with certainty is that Apollonius of Tyana was an extraordinary figure in the ancient world.
Facebook