What Makes a Republic? The Evolution of a Political System. | Classical Wisdom Weekly 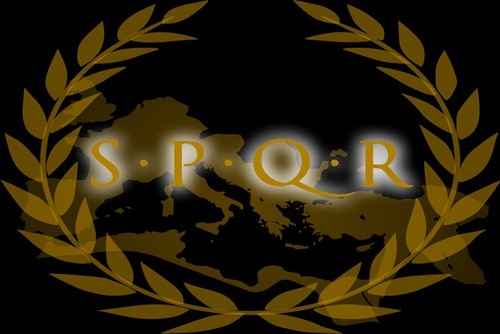 What Makes a Republic? The Evolution of a Political System.

By Ed Whelan, Contributing Writer, Classical Wisdom
In the contemporary world, republics are the most common form of government, yet few of us take the time to consider what a republic actually is. If we want to more deeply understand the nature of republics, we need to look back to the ancient examples of Rome, Athens, Sparta, Carthage and others. These were the forerunners of modern democratic republics, but they were also very different to what we consider to be a republic today.
No Kings or Queens
In the ancient world, the term ‘Republic’ was commonly used to describe any non-monarchical form of government. The sovereignty of the state did not reside in any monarch, but rather was invested in the citizen body. They alone had the right to make laws and rule the state. For example, in Athens, only the citizen body could make laws in the Assembly. There were, however, some Royal-Republics. These were states with a royal head of state, rather like a constitutional monarchy today. The best-known example of this is Sparta, which was technically ruled by two kings, but was in reality ruled by a group of citizens. However, most republics were violently opposed to kingship in all its forms (this was especially true of Rome).
Were Republics democratic?
Nearly all of the republics in the Classical Age had some form of popular assembly. However, many were not truly democratic even though they had popular voting, elections and even parties. Rather they were oligarchies ruled by small groups of wealthy men (such as in Carthage), or even by aristocratic individuals (as in Thebes). There were a few exceptions to this rule, such as Athens during the time of Pericles (485-429 BC) where the citizens decided on everything irrespective of class or background. The vast majority of republics were oligarchic until recent times, and many would argue that they are still dominated by the rich and unelected.
Republics and the law
Republican government was characterised by the rule of law, where every citizen was ostensibly equal before the law. In a republic, these laws can only be made by the people, and they must, theoretically at least, promote and protect their interests. Indeed, many Classical Republics had written sets of laws and even constitutions (Aristotle discussed many of these Greek city-states’ constitutions in his Politics).
Yet in most republics, the majority were not equal. In Athens, only male citizens were equal before the law. Women, slaves, immigrants, the poor and others could not be citizens and therefore had fewer rights, meaning republics were great so long as you were an affluent male.
Republics and city-states
It was once accepted that only city-states could be republics. This was because it was believed that only those who lived in urban centres had the wealth and virtue to make a republic work. However, larger republics, based on a confederation of tribes or localities were common in Ancient India. By the Middle Ages, the Swiss formed a confederation that was republican, which was an outlier in Europe for centuries. After the American and French Revolutions many large territories became republics and today most nation-states have republican governments, while city-states virtually disappeared.
Freedom and Republics
Republics are theoretically characterized by the concept of freedom. That is, citizens and even non-citizens are entitled to do what they want as long as it conforms to the law. Classical Republics and later the Republican governments of Europe all enshrined the concept of liberty. This was in contrast to earlier monarchies and Empires that ruled much of the world. However, freedom in ancient republics was very limited. Many basic liberties were denied to the poor, women, and other groups of non-citizens. Even citizens had a had their freedom circumscribed in certain ways. For example, in Athens, the citizens had to serve in the army, navy, serve in political offices and pay contributions known as liturgies. They had to serve their city and often to put its interests before their own.
Conclusion
Republics are much more varied than is often assumed, especially in the ancient world, and they have evolved greatly over the centuries. Once Republics were only city-states but today they are mainly nation-states. Yet, they have some basic characteristics that they share. They are ostensibly ruled by and for the people, and they have rules and laws where equality before the law is central. Yet despite these high ideals, they often fail to measure up in substance to these principles.
References
Nippel, Wilfried (1994) ‘Ancient and Modern Republicanism’ in The Invention of the Modern Republic ed. Biancamaria Fontana. Cambridge University Press: Cambridge.
Facebook