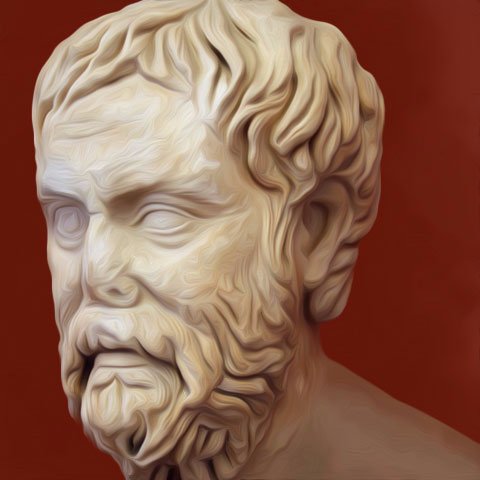 By Jacob Bell, Associate Editor, Classical Wisdom
One would have thought that in this age of information, logical fallacies would cease to exist. But, amazingly, the exact opposite has happened despite our incredible access to information. After all, we can open up an internet browser and within a few minutes we have thousands of pages filled with data and arguments for some position or the other. The problem is, we can find thousands of pages of data and arguments in support of the opposing view, too.
A healthy dose of skepticism might do us some good…
The ancient skeptics varied in their particular doctrines, but they converged on the idea that it is a good thing to question both our beliefs and our ability to gain knowledge of the world. Much of Greek philosophy contains skeptical elements, but the term ancient skeptic generally refers to a follower of Pyrrho, who lived from 365 to 270 B.C.E., or to a member of Plato’s Academy during its skeptical period, which began sometime around 273 B.C.E., and began to fade around the 1st century B.C.E.

1. Examination of our epistemic limitations.
2. A thesis regarding the suspension of judgment.

Examination of our epistemic limitation is just a fancy way of saying “examination of the limits of knowledge.” In other words, the skeptic attempts to take a step back from what we believe to be true knowledge, and asks a few questions regarding what we take to be true or certain knowledge.
Confused yet? Let me give you an example…
Some of the things the skeptic might ask include: What are we referring to when we use the words knowledge and truth? How can I be certain that what I believe to be true, is in fact true? How did I gain this perceived knowledge or truth? What are the reasons for this particular belief? What are the reasons against it?
The skeptic believed that by asking such questions, we could uncover weaknesses in our reasoning capabilities, and discover the fallibility of the senses in providing true knowledge of the perceived world.

Another famous skeptic.. Augustine of Hippo by Sandro Botticelli

Still with me? Great… so basically, the skeptical idea of suspension of judgment claimed that we should rid ourselves of our beliefs regarding certain knowledge and truth. For instance, if I believed the earth was spherical, I should suspend that judgment and examine honestly both the idea that the earth could be spherical or flat. The idea is to take both sides of the debate seriously, examine evidence for each side, and develop the strongest argument possible for each position.
Moderate skepticism would allow that upon completion of an honest and serious examination of both sides of the debate, I could then restore my belief.
Radical skepticism, on the other hand, would claim that no truth is possible, and would argue that no amount of evidence or honest inquiry would settle the matter. The radical skeptic could never restore a belief in anything. Is your anxiety setting in yet? ‘Cuz mine is…
Radical skepticism claims that we can never have true knowledge of the world. You can breathe a sigh of relief, however, because the position is doomed from the start. One could simply argue that because the radical skeptic claims that we cannot have true knowledge of the world, his statement regarding our inability to gain knowledge could not be true, either. It is a self-defeating position, and not very useful in our day-to-day lives. After all, if I was in constant suspension of judgment, I would be stuck and unable to live my life. I would die from inaction because we need basic beliefs and judgments in order to live in the world… like what to eat for dinner.
Moderate skepticism, however, is a powerful tool in establishing what we take to be knowledge and truth. It pushes back our knee-jerk reaction to something we might read on the internet, and provides us with a mode of calm and honest inquiry into the matter. This type of skeptical inquiry is more of a practice or activity, as opposed to a set of doctrines. It is the kind of skepticism that Sextus Empiricus claimed to be useful in life.
Who was this fellow Sextus, I hear you cry? Empiricus, as I like to imagine he preferred to be called, belonged to the Pyrrhonian skeptical tradition, and lived from 160-210 C.E.

Sextus Empiricus, a skeptic of the Pyrrhonian tradition.

For Sextus Empiricus, skepticism was the act of discovering opposing arguments of persuasive force. This basically entails a time of judgment-free reflection, which leads to a peaceful acceptance of the conclusion. Empiricus would have us examine the reasons for supporting a claim, and the reasons for opposing it. He would have us steel-man (as opposed to straw-man) the opposing argument, thereby establishing the strongest position possible for both sides. By doing this, we can minimize our emotional investment in an argument, and focus instead on getting at the truth of the matter.
Although it might not be possible to suspend judgment entirely, and true objectivity seems impossible due to our subjective nature, perhaps through a concerted effort, our arguments and debates can become a bit more truth seeking, tranquil, and honest.

We should seek a tranquil conversation, as opposed to an angry debate.

So, next time you find yourself in an emotionally charged debate, whether it’s on some controversial topic like vaccines, climate change or whether Japanese organizing consultant and author Marie Kondo can ‘tidy up’ the Israeli-Palestinian mess, think back to Sextus Empiricus. Look at the argument from the perspective of your conversational sparring partner, examine their reasons honestly, and try to get at the truth of the matter…
Facebook