By Donald Robertson, author of How to Think Like a Roman Emperor: The Stoic Philosophy of Marcus Aurelius, discusses strategies for coping with pain derived from the ancient wisdom of Stoicism.

The physical frailty of Roman emperor Marcus Aurelius was notorious, and of great concern to his subjects.  Around 174-175 AD, he was in such poor health that false rumours that he was dying, or already dead, actually spread throughout the empire. These were taken seriously enough for his most senior general in the eastern provinces, Avidius Cassius, to have himself acclaimed emperor, leading to a short-lived civil war in which Marcus and his loyalist army were victorious.

We know that Marcus suffered from chronic chest and stomach pains, problems sleeping, and poor appetite, among other symptoms. While it’s not clear what illness he suffered from, modern scholars have speculated he may have been describing the symptoms of stomach ulcers, among other things. Curiously, the historian Cassius Dio praises Marcus Aurelius for the remarkable physical resilience that he showed despite being “extremely frail in body”. 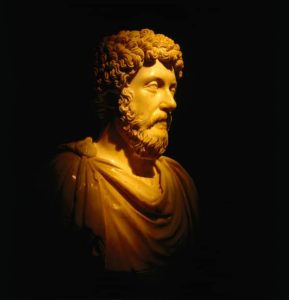 To be sure, he could not display many feats of physical prowess; yet he had developed his body from a very weak one to one capable of the greatest endurance.
He concludes his account of Marcus’ reign as follows:

He did not meet with the good fortune that he deserved, for he was not strong in body and was involved in a multitude of troubles throughout practically his entire reign. But for my part, I admire him all the more for this very reason, that amid unusual and extraordinary difficulties he both survived himself and preserved the empire.

Indeed, Marcus lived to be nearly sixty, at a time when war or plague claimed many of his contemporaries at a younger age. For example, his adoptive brother Lucius Verus, despite being a stronger, fitter man, dropped dead aged thirty-eight, and Marcus’ son Commodus was assassinated at thirty-one. 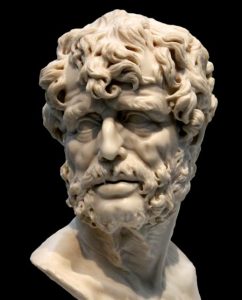 Bust of Seneca, a Stoic philosopher.

So how is it possible that Marcus Aurelius could both be renowned for poor health and yet praised for his endurance?  We can find an answer in his personal notes practicing Stoic philosophy, The Meditations, where he refers many times to psychological strategies for coping with pain and illness.
Stoic philosophy had a sophisticated repertoire of psychological therapy techniques at its disposal. Indeed, it was the inspiration for modern cognitive-behavioral therapy (CBT), which first appeared in the 1950s. CBT is currently the dominant evidence-based form of psychotherapy, and provides some surprisingly robust techniques for coping psychologically with chronic pain and illness.
However, one of the best illustrations of the basic Stoic approach to pain actually comes from an early 20th century psychotherapist called Paul Dubois. Dubois used to assign his patients homework that involved reading the letters of the Stoic philosopher Seneca. One day when Dubois was explaining to a young patient how Stoic philosophy could help him cope better with illness, the man interrupted, saying: “I understand, doctor; let me show you.”
And taking a pencil he drew a large black spot on a piece of paper. “This,” said he, “is the disease, in its most general sense, the physical trouble – rheumatism, toothache, what you will – moral trouble, sadness, discouragement, melancholy.
“If I acknowledge it by fixing my attention upon it, I already trace a circle to the periphery of the black spot, and it has become larger. If I affirm it with acerbity the spot is increased by a new circle. There I am, busied with my pain, hunting for means to get rid of it, and the spot only becomes larger.
“If I preoccupy myself with it, if I fear the consequences, if I see the future gloomily, I have doubled or trebled the original spot.” And, showing me the central point of the circle, the trouble reduced to its simplest expression, he said with a smile, “Should I not have done better to leave it as it was?” 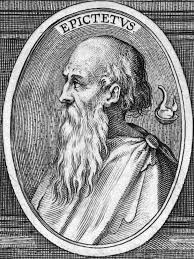 Image of Epictetus, another Stoic philosopher.

Dubois adds:
“One exaggerates, imagines, anticipates affliction,” wrote Seneca. For a long time, I have told my discouraged patients and have repeated to myself, “Do not let us build a second storey to our sorrow by being sorry for our sorrow.”
He says this diagram illustrates the Stoic doctrine that “He who knows how to suffer suffers less.” The burden of physical pain or illness is lightened when we are able to look at it objectively, without drawing concentric circles around it and multiplying our suffering by adding layers of fear.
Here is a rough outline of some of the key Stoic psychological techniques that Marcus describes using to cope with his own chronic pain and illness: 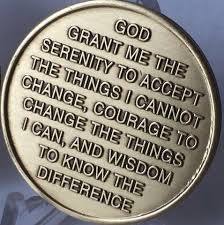 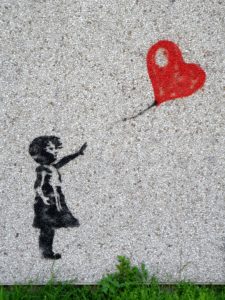 If you want to learn more about the life and Stoic philosophy of Marcus Aurelius, and how techniques from Stoicism can help you to deal with bad habits, manage anger, overcome worry and anxiety, cope with pain and illness, and even come to terms with your own mortality, check out How to Think Like a Roman Emperor.