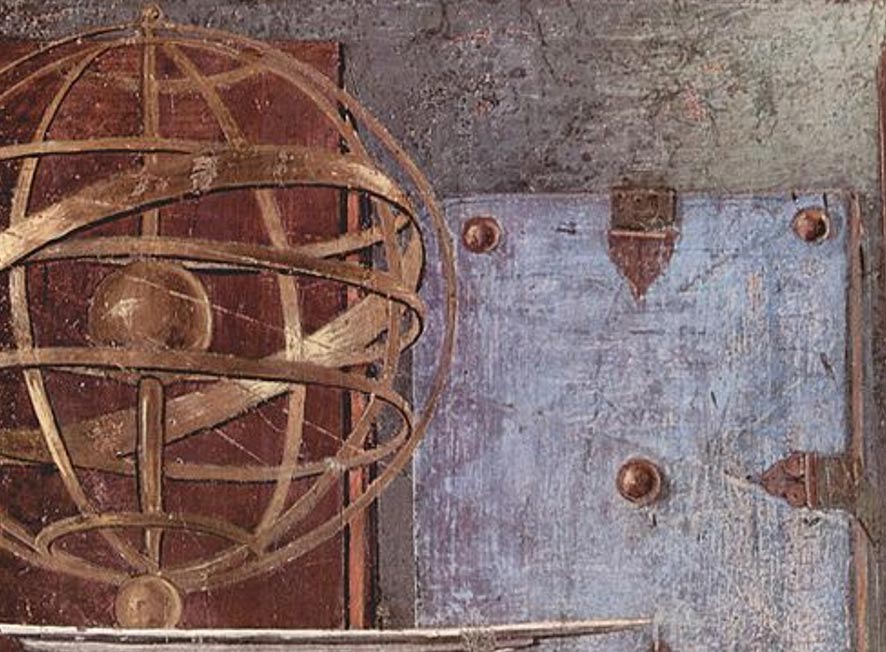 By Ḏḥwty, Contributing Writer, Ancient Origins
Astronomy is often considered to be one of the oldest branches of science. In many ancient societies, astronomical observations were used not only for the practical job of determine the rhythm of life, (e.g. the various seasons of the year, the celebration of festivals, etc.) but also for the philosophical exploration of the nature of the universe as well as that of human existence. Therefore, various instruments were invented to aid the important science of astronomy. One of these instruments was called the armillary sphere.
The Function of Armillary Spheres
An armillary sphere is an astronomical device made up of a number of rings linked to a pole. These rings represent the circles of the celestial sphere, such as the equator, the ecliptic and the meridians. Incidentally, it is from these rings that the name of this device is derived from (the word armilla is Latin for “bracelet, armlet, arm ring”).
Armillary spheres may be divided into two main categories based on their function – demonstrational armillary spheres and observational armillary spheres. The former is used to demonstrate and explain the movement of celestial objects, whilst the latter is used to observe the celestial objects themselves. Therefore, observational armillary spheres are generally larger in size when compared to their demonstrational counterparts. The observational armillary spheres also had fewer rings, which made them more accurate and easier to use. 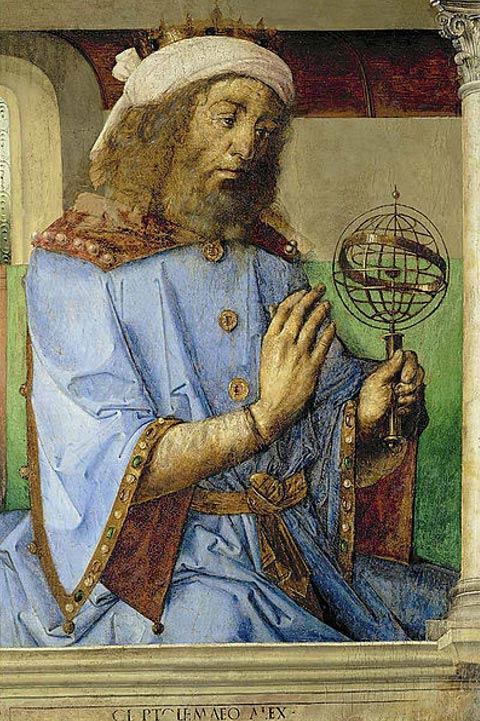 The Ancient Greeks and the Armillary Sphere
The armillary sphere is believed to have originated from the ancient Greek world. The inventor of this device, however, is less than certain. Some, for instance, claim that the armillary sphere was invented sometime during the 6th century BC by the Greek philosopher Anaximander of Miletus. Others credit the 2nd century BC astronomer, Hipparchus, with the invention of this device.
The earliest reference to the armillary sphere, however, is said to have come from a treatise known today as the Almagest (known also as the Syntaxis), written by the 2nd century AD Greco-Egyptian geographer, Claudius Ptolemy. In this treatise, Ptolemy describes the construction and use of a zodiacal armillary sphere, an instrument used to determine the locations of celestial bodies in ecliptic co-ordinates. Furthermore, Ptolemy also gives examples of his use of this device for the observation of stars and planets.
The Armillary Sphere in Ancient China
Interestingly, the armillary sphere was also being developed independently in another civilization – China (albeit possibly at a later date.) The armillary sphere is said to have appeared in China during the Han dynasty 206 BC – 220 AD.)
The use of such a device may be traced to the astronomer Zhang Heng, who lived during the second half of the Han Dynasty, i.e. the Eastern Han Dynasty (25 AD– 220 AD). Originally, the structure of these spheres was very simple, consisting of three rings and a metal axis that was orientated towards the North and South Poles.
However, over the centuries, more rings were added to the spheres so that different measurements could be taken. In the courtyard of the Ancient Observatory in Beijing, for example, one can see a full sized replica of an elaborate armillary sphere produced during the reign of a 15th century Ming emperor, Zhengtong. 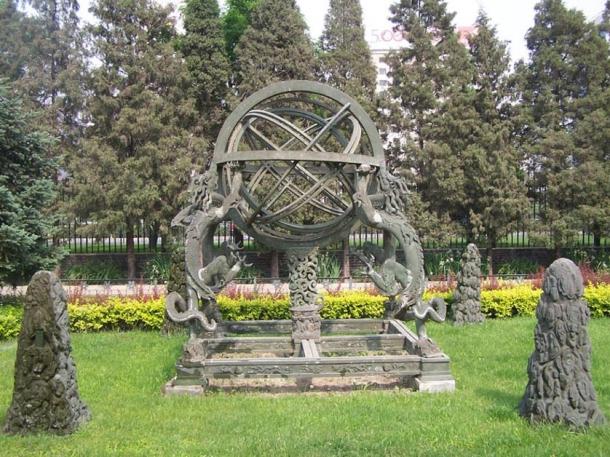 Armillary Spheres in the Islamic World and Christian Europe
During the Middle Ages, knowledge for the production and use of armillary spheres passed into the Islamic world. The first known treaty on this device is known as Dhat al-halaq (translated as ‘The Instrument with the Rings,’) written by the 8th century astronomer, al-Fazari.
Many Muslim astronomers wrote about the armillary sphere, though with reference to Ptolemy’s work. It may be mentioned that clear references to demonstrational armillary spheres are absent from documents of the Islamic world, whilst there is a considerable amount of evidence for the use of the observational armillary sphere.
The armillary sphere is said to have been introduced into Christian Europe by Gerbert d’Aurillac (later Pope Slyvester II.) It is assumed that d’Aurillac acquired such knowledge from Islamic Spain. It has been suggested that by the Late Medieval period, the demonstrative armillary sphere became quite a common device in European universities, as treatises on the geometry of the celestial sphere was taught in many such institutions, thus making the armillary sphere an indispensable teaching tool. 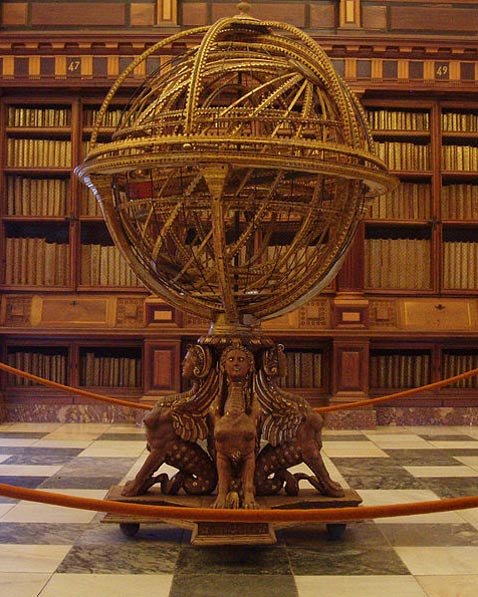