Ptolemy, the Man who Reached the Stars | Classical Wisdom Weekly 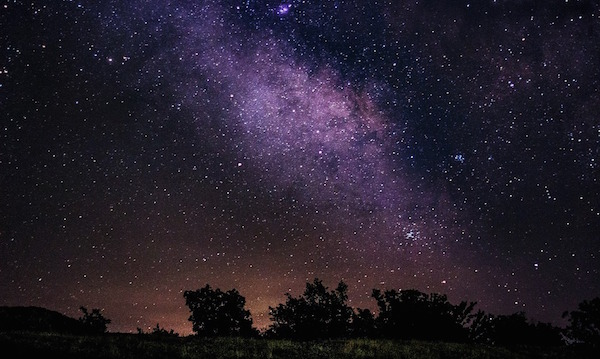 Ptolemy, the Man who Reached the Stars

By Mónica Correa, Contributing Writer, Classical Wisdom
The study of the earth, stars and space started millennia ago. With a lot of observation and subsequent writings, men such as Ptolemy built the foundations of our understanding of the universe that surrounds us.
Today we know that his name was, in fact, Klaudios Ptolemaios. He probably lived in or near Alexandria, Egypt during the times of the Roman Empire. Better known as Ptolemy, he made astronomical observations between the mid 120s and the early 140s of our era. Some have identified his method as Aristotelian, as while there are no records of his education, he regularly quotes Aristotle. This can give us hints regarding his methods.
From math and geography to music and optics, Ptolemy bequeathed us decades of work that are still a reference today.

Ptolemy’s Career
Sciences, as we know them today, have come a very long way. Over the centuries the broader categories have branched out into specific groups, which, of course affects the way we relate to ‘knowledge’.
According to Ptolemy, physics and theology are conjecture, while mathematics alone yields true knowledge and has the ability to contribute significantly to what we today consider the study of physics. This assertion was unprecedented in the history of ancient Greek philosophy.

While reading his work, it’s important to remember that Ptolemy does not distinguish the terms astronomy and astrology as we do. What we call astronomy explains and predicts the configurations and movements of celestial bodies; what we call astrology studies and predicts physical changes caused by the powers emanating from celestial bodies. For Ptolemy, these were one and the same.
Ptolemy’s Known Work
Ptolemy lived in the second century C.E. in or around Alexandria and developed astronomical models that served as the western world’s paradigm in astronomy for approximately 1400 years. Lasting straight up to the Scientific Revolution, Ptolemy’s ideas have been arguably referred to longer than any one else’s.
Quite a bit of his work is fortunately extant; some exist in their original versions, while others are translations. Harmonics, Geographia and Almagest are the best kept today.

Geography by Ptolemy, Latin manuscript of the early 15th century

Ptolemy’s Harmonics is about music theory and the mathematics of music. It contains three books, though unfortunately the last three chapters, 3.14-16, no longer exist; only their titles remain.
Almagest is a systematic treatise in thirteen books in which Ptolemy deduces the structure and quantitative parameters of geometrical models for the heavenly bodies from empirical evidence, including specific dated observations. The Almagest uses models to derive tables for calculating the positions of the heavenly bodies on any given date, together with other phenomena, such as eclipses and planetary first and last visibilities. In Almagest, Ptolemy treats Hipparchus as his only legitimate predecessor in theoretical astronomy.
Almagest is so important because Ptolemy presents a series of astronomical models, which aim to account for the movements of the stars and planets, including the sun and moon. The models are both demonstrative and predictive, which was a breakthrough at the time.

Another known work is Optics, however, some scholars have questioned Ptolemy’s authorship of this book. There, he explains how the eye emits a visual flux in the form of a cone, which is resolvable into a collection of rays traveling in straight lines. As in the case of the Harmonics, sections of the Optics have disappeared.
In the book On the Kritêrion, Ptolemy examines the criterion of truth, the method by which humans gain knowledge, and the nature and parts of the human soul. Similar to Optics, some scholars have questioned Ptolemy’s authorship of this book. Others prefer the idea that this could be one of his first writings.
The books On the Elements and On Weights have also been attributed to Ptolemy, but are completely lost.
Ptolemy’s Legacy
While many of Ptolemy’s theories and ideas have been updated, his contributions cannot be understated. For instance, in Geographia, he acknowledged a spherical world and offered coordinates for over 6,000 places in the ancient world.
Unlike many other scholars, Ptolemy divided the world into 360 degrees, as well as into minutes and seconds. This could potentially give him credit for the first recorded treatise on geo-positioning.

A 15th-century manuscript copy of the Ptolemy world map, reconstituted from Ptolemy’s Geography (circa AD 150), indicating the countries of “Serica” and “Sinae” (China) at the extreme east, beyond the island of “Taprobane” (Sri Lanka, oversized) and the “Aurea Chersonesus” (Malay Peninsula).

Of course, he did make a few mistakes. For instance, he exaggerated the length of the Mediterranean by about 30% and he ended his world in the middle of China. However, this can be forgiven as he only worked with astronomical observations without any sophisticated equipment.
Ptolemy’s works were later studied by Asian and Arabian cultures and as such, have survived until this very day. With them we are able to see and reflect on our path and evolution as humankind… as well as learn a little bit about our universe.
Facebook