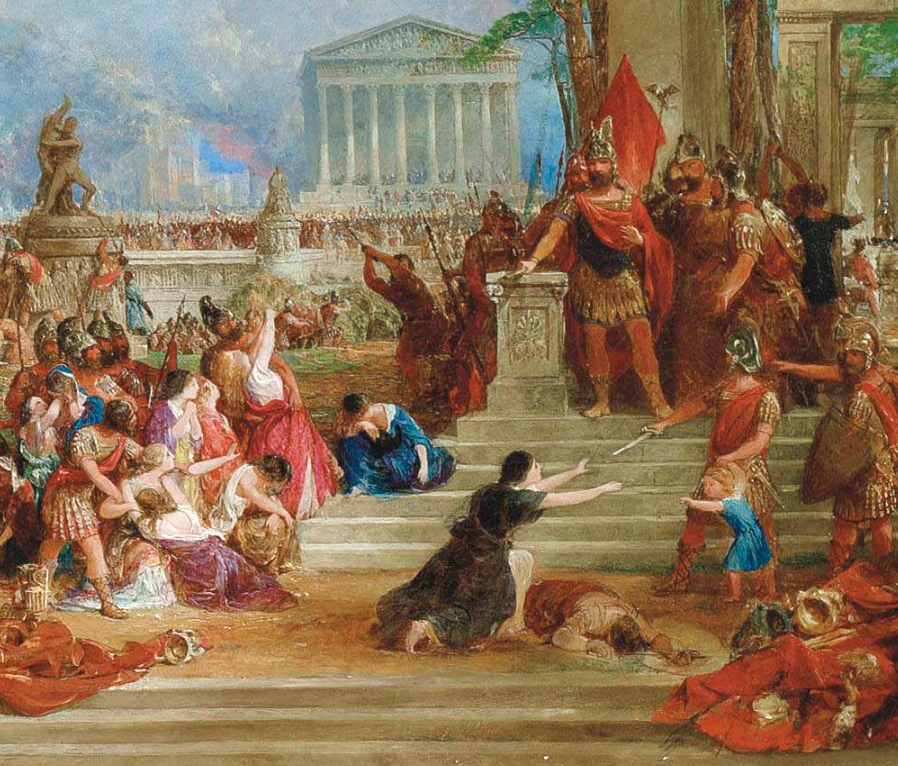 Greece was dominated by the Roman Empire for many centuries. The Greeks and the Romans had a complicated relationship. Roman Greece played a critical role in the culture of Rome and Classical culture, laying the basis for the Byzantine Empire.

The Origins of Roman Greece

Roman influence began to grow in Greece during the Macedonian Wars, which pitted the Hellenistic Kingdom of Macedonia against the Roman Republic.

In 168 BC, Roman legions vanquished the Macedonians at Pydna. In the final war, a pretender to the Macedonian throne attempted to expel the Romans with the support of Corinth and other Greek city-states. Rome promptly quashed this attempt, and the destruction of Corinth in 146 BC is seen as the beginning of Roman rule in Greece.

The Sack of Corinth, by Thomas Allom

The Roman Senate appointed a governor to what is now Greece, and the city-states lost much of their independence. In 89 BC, the Greeks rose against their overlords during the Second Mithridatic War, but this was crushed by Sulla. Until Augustus’ victory at Actium, Greece was a battleground.

It was only under Augustus, the first Roman Emperor, that Greece began to prosper, paving the way for two centuries of peace in the peninsula.

The Cultural Influence of Greece

The Romans had been deeply influenced by Greek culture long before they occupied Greece.

They greatly admired Greek architecture, art, literature and philosophy, and most members of the elite could also speak Greek. Many Italian nobles were educated in Athens and other Greek academic centers, such as Rhodes.

Greece, with Athens leading the way, became an influential cultural center. Greek culture was dominant in the Eastern Mediterranean, more so than even the Latin culture of the conquerors. Roman Emperors, including Nero, visited Greece and even participated in the Olympic Games. 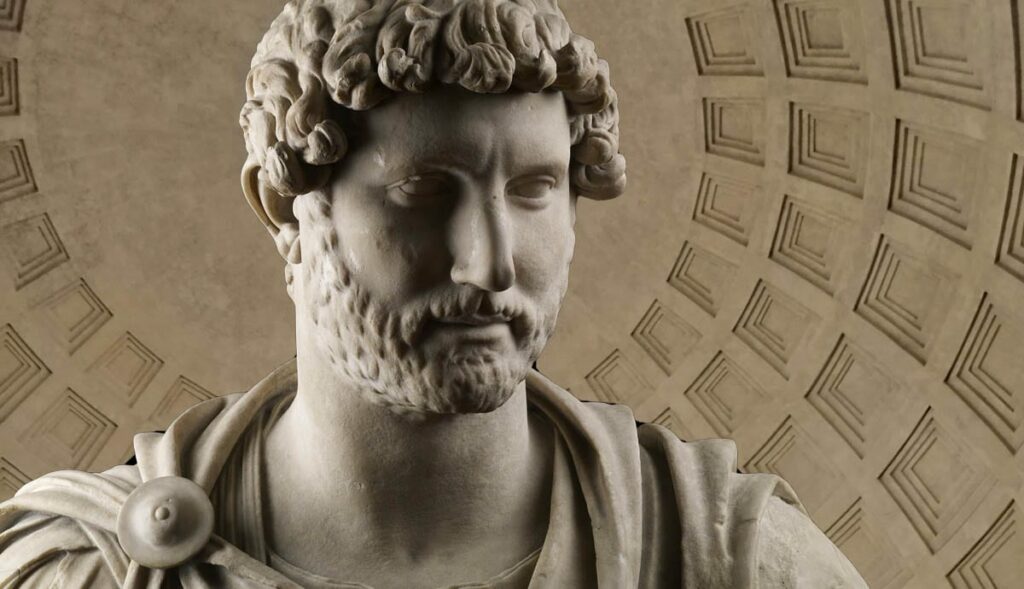 Bust of the Emperor Hadrian, 125-30 AD, the British Museum, London

Roman Emperor Hadrian was a great admirer of Hellenic culture. He commissioned many buildings in Greek cities and encouraged them to cooperate in League. This led to the so-called Second Sophistic, a period when Greek culture flourished in the Eastern Mediterranean.

Many Greek intellectuals, such as Galen, contributed to the life of the Roman Empire and Greek authors such as Longus were very much admired. Many Romans saw the Greeks as near-equals in the running of the Empire and some even speak of a Graeco-Roman Empire.

The Romans brought peace to the Greek world. For the first time in centuries, its cities were not at war. This allowed trade to flourish, especially in the Eastern Mediterranean. Greek merchants took advantage of Greece’s centralized location in the Mediterranean and trade increased, accruing wealth. Those who engaged in long-distance trade and manufacturing also flourished, as did agriculture. This allowed the urban elite to prosper, and many even joined the Roman Senate. 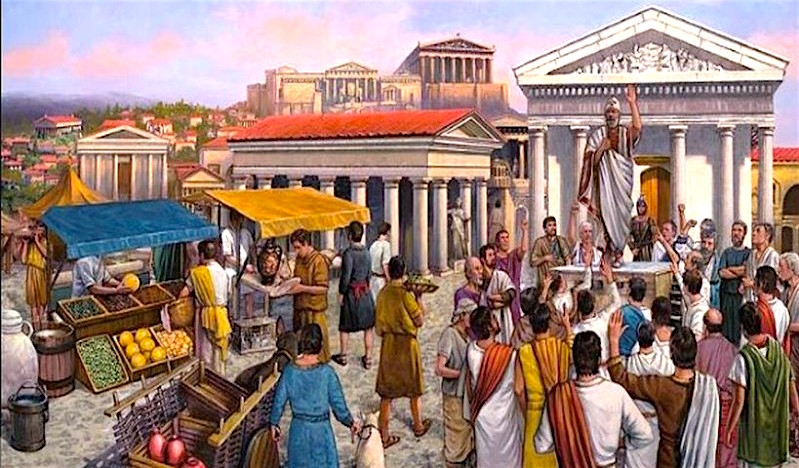 The Crisis of the Third Century

The long peace came to an end after the death of Marcus Aurelius. By the third century, the Roman Empire was in military, political, economic, and social crisis. It could no longer keep the “barbarians” out.

For several decades, the Romans were unable to defend the Greeks. In 254 AD, an army of Goths was blocked by Romano-Greek forces at Thermopylae, and this prevented the devastation of Greece, although the German tribes managed to get away with a great deal of booty. Then the Heruli, a German tribe that had settled near the Black Sea, began ravaging the Eastern Mediterranean by sea. They attacked and sacked Athens (267 AD) as well as other leading cities. The Athenians finally drove them out, but the city never fully recovered.

The Rise of Christianity 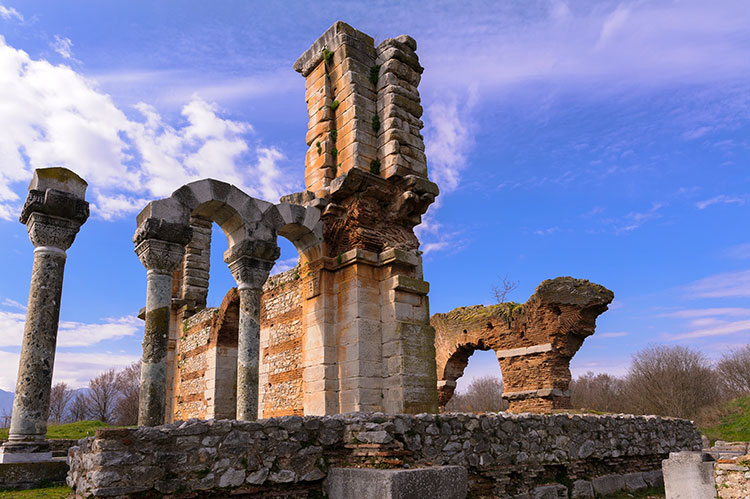 Greece was ravaged by the Goths under Alaric in the fifth century, who were then diverted into Italy. The Western Roman Empire collapsed in 476 AD.  However, the Eastern Roman Empire, which included Greece, continued to prosper and was relatively stable. Its cities remained centers of trade and culture.

Greece was conquered by Rome and reduced to the status of a province. However, the cultural prestige of the Hellenes played a crucial role in the development of the Roman Empire. Greece became a center of culture and a base for early Christianity. For much of the Roman period, it prospered. After the Fall of the Western Roman Empire, Roman Greece evolved to become one of the heartlands of the Byzantine Empire.