Written by Edward Whelan, Contributing Writer, Classical Wisdom
The Etruscan civilization was a crucial influence on the development of the Romans. For example, they influenced their social practices such as the Triumph and Gladiators and even their religion. The Etruscan language was also an influence on the development of Latin. However, we are still not able to properly decipher the language, and this means that the contribution of the Etruscans to Classical Civilization has been little understood.
Who were the Etruscans?
The Etruscans were a mysterious people who dominated most of Northern Italy and Corsica from the 10th to the 4th century BC. They were not politically united and were a loose federation of city-states. They had a common culture and religion. Etruscan kings once ruled Rome, and some argue that the city was founded by Etruscans and not Latins. Etruria was later conquered and absorbed by the Romans. The Etruscans thus lost their cultural identity.
The language of the Etruscans
Archaeologists have uncovered almost 13,000 inscriptions from monuments and graves all over the Mediterranean, with examples of Etruscan language. Experts have been able to establish that it is not an Indo-European language. Many believed that it was a language isolate—a natural language with no demonstrable genealogical (or “genetic”) relationship with other languages—since it is not related to any other contemporary language such as Latin. However, it has many similarities with extinct languages such as Rhaetian. It seems likely that Etruscan was related to a very early language, that dated back millennia, possibly to the Neolithic period. 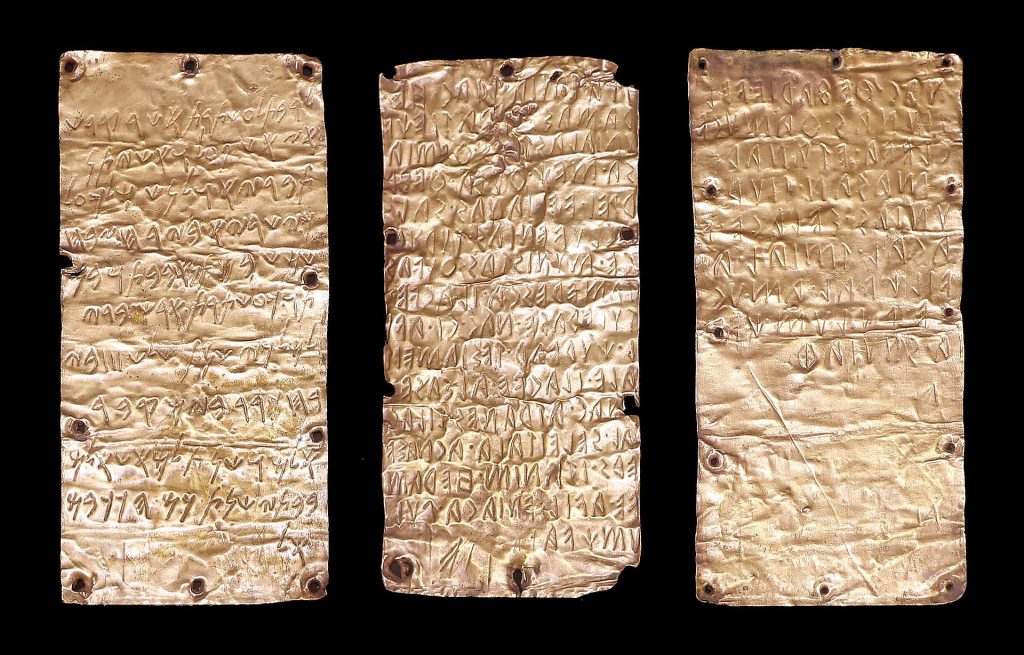 The Pyrigi tablets: written in the Phoenician language (left) and the Etruscan language (center, right). In both cases, the text is written right-to-left.

Etruscan alphabet
The city-states of Etruria were much influenced by the Greeks and the Phoenicians, with whom they traded and occasionally fought. It appears that the Etruscans based their alphabet on the Greek system for writing, but others suggest that it was the Phoenician. The Etruscan alphabet had 26 letters.
It appears that many men and women were literate in the city-states judging by the inscriptions that have survived. This was unique for the period. Experts have not fully deciphered the complex language and as a result, our knowledge of the history, religion, and literature of these fascinating people is limited. This is despite over a hundred years of study and research and the discovery of large passages of texts. One of the unique features of the alphabet was that it was read alternatively from left to right and right to left. Based on a study of the alphabet, it appears that Etruscan would have sounded very strange to our modern ears.
The influence of the Etruscan Language
The Etruscans were an important cultural influence on the early Romans. The Latin alphabet was based on the writing system used in Etruria. Moreover, the Latins also borrowed many words from their neighbors. Many of the words that are not of  Indo-European origin used in Latin are loan-words from the Etruscans. These include many words used in connection with the military. Some of these loan-words were handed down to modern Western European languages. Several English words are ultimately derived from the ancient language spoken in Northern Italy. They include arena, autumn, military, mundane, and many more. The Etruscan alphabet was also adopted by neighboring groups such as the Umbrians. Some scholars assert that their alphabet inspired the development of the Germanic Runic alphabet. 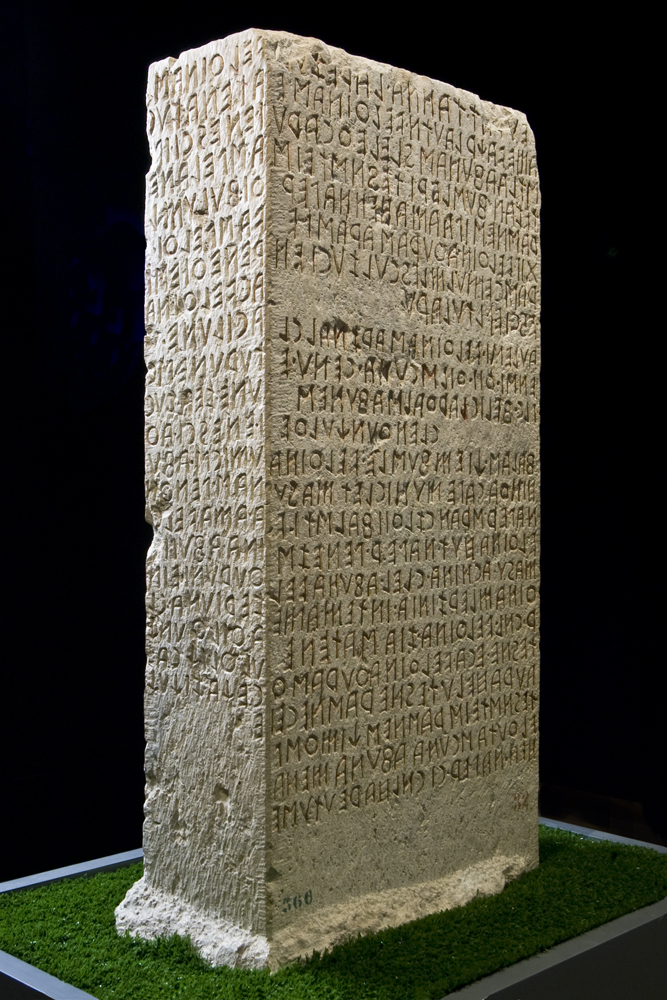 The Cippus Perusinus, a stone tablet bearing 46 lines of incised Etruscan text, one of the longest extant Etruscan inscriptions. 3rd or 2nd century BC.

The Decline of the Etruscan Language
The zenith of the Etruscan culture and political power was in the 5th century AD. The city-states had become very wealthy from trade and many of the elite enjoyed sophisticated lifestyles. However, Rome, after the conquest of Veii, began to slowly annex the city of the Etruscan League. However, Etruscan continued to be spoken and remained the dominant language of much of Northern Italy and we know that tragedies were written in the language.
However, many of its speakers were becoming assimilated into Latin Culture. After the Social War, this process sped up and the last Etruscan language inscription dates from the first century BC. It is believed that the language was still spoken by a few priests who used it during their rituals and especially by soothsayers known as haruspex. It is claimed that the Emperor Julian the Apostate took Etruscan diviners with him during his invasion of Persian in the 4th century AD. It may even be possible that Etruscan speaking soothsayers were consulted during the fall of Rome in 410 AD.
Emperor Claudius and the Etruscan Language
Claudius I was a very important Emperor, who greatly expanded the territories of Rome. He was also fascinated with the Etruscans and it is believed that he was descended from a noble family, from Etruria. He composed a history of them in 21 volumes and a dictionary of their language. Sadly, his works have all been lost and this means that the Ancient people of Northern Italy remain somewhat mysterious. 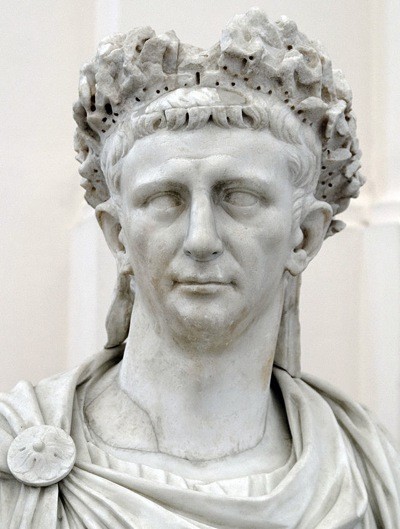 Bust of Claudius at the Naples National Archaeological Museum

Conclusions
The Etruscan language has been extinct for possibly 2000 years. However, it was very important in the development of Latin and we still use many of its words. One day, when it is fully deciphered, we will learn so much more about this very important civilization which was so influential and important.
Facebook