A Tale of Two Theaters: Greek and Roman Theaters

By Jocelyn Hitchcock, Contributing Writer, Classical Wisdom
Greek and Roman theaters regularly rank among the most popular archaeological sites to visit. Their sheer size and state of preservation make it easy for visitors to gauge the scale of events in antiquity and to feel as if they can travel back in time; an experience that doesn’t always occur when trekking crumbling ruins. But while Greek and Roman theaters are often lumped together in common vernacular, there are actually meaningful differences that distinguish their origins and cultures. 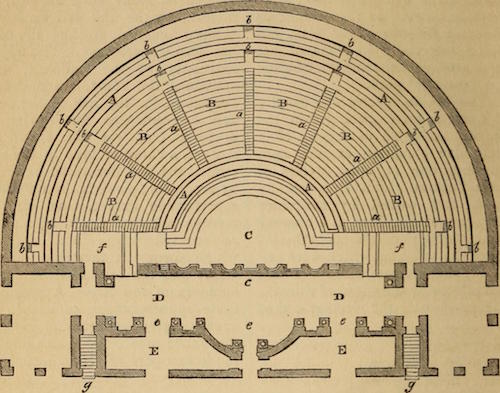 The Evolution of the Greek Theater Structure
The most basic elements of both Greek and Roman theaters are shared: semicircular, raised seating, a chorus, and incredible acoustics. The early Greek theaters were made of wood, built into the hillside, and had a beaten earth stage as the focal point. The oldest example of an ancient Greek theater is the Theater of Dionysus Eleuthereus, located on the South Slope of the Acropolis in Athens and dating to the 6th century BCE. The seats were built into the natural slope of the hill, taking advantage of the elevated viewing opportunity. 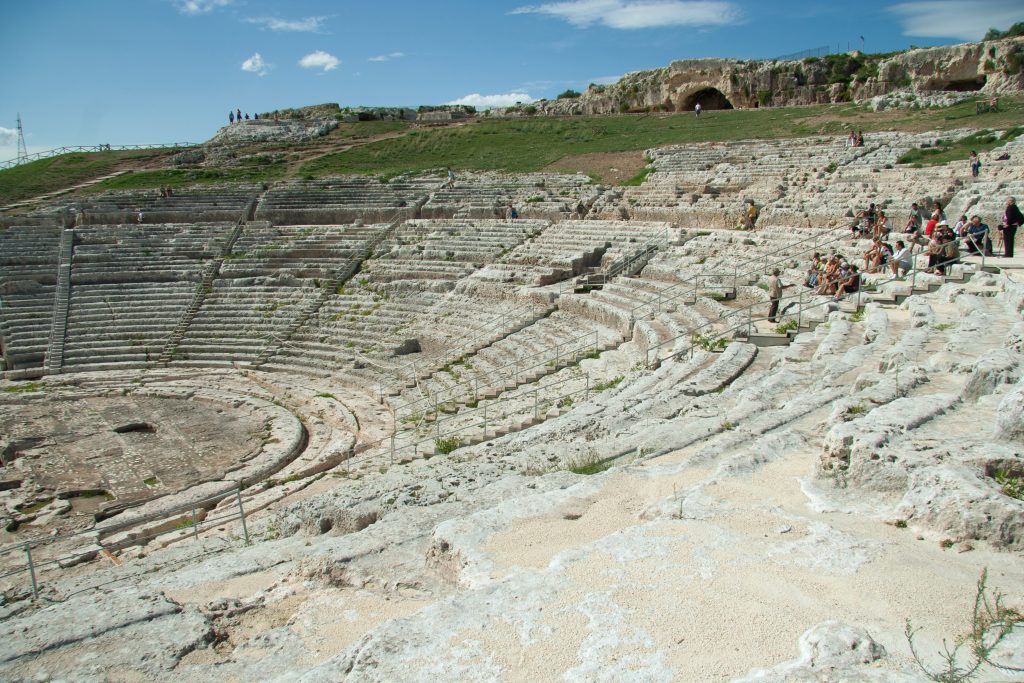 Originally made all out of wood, the 5th century renovations saw a rectangular stage with corresponding wings added and stone seats in the front row only.
By the 4th century BCE, all the seats were transformed from wooden planks into stone benches and acquired a backdrop of stone and semi-columns. The evolution of the Theater of Dionysus exemplifies the transformations of other Greek theaters in antiquity, representing the typical architectural form embodied throughout. The theaters of Epidaurus, Delphi, and Pergamon all remain in great condition and demonstrate the social demand for these monumental arenas. 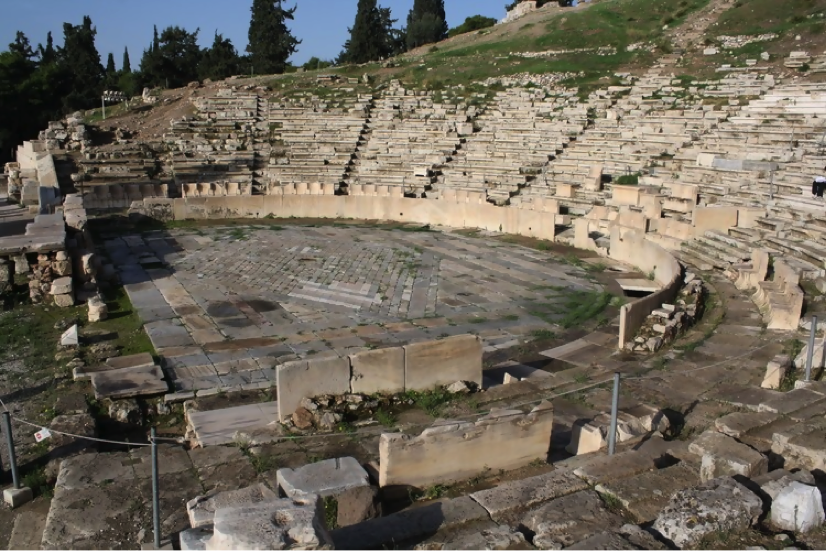 Roman Theater Structure Refined
Centuries later, Roman theaters took the architectural form of Greek theaters and tweaked it, refined it, and altered it just enough to fit their own socio-political tastes. Perhaps the biggest visual difference is that Roman theaters were usually freestanding, which means that they were not constructed into a hillside. Roman theaters also built the backdrop (or the scaenae frons) to at least two stories and joined it with the seating. They installed awnings that could be extended, enclosing the whole theater in a style of which we are familiar with today.
Other modifications included the complete paving and/or marbling of the performance area, the orchestra, and the seats. They added monumental statues, columns, and reliefs to the stage to make it even more impressive to the viewers. 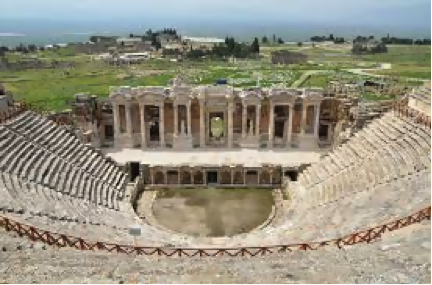 Greek and Roman Theater Performances
As to be expected, the type of performances held in both Greek and Roman theaters were quite similar. Comedy and tragedy dominated, and theaters housed drama competitions and festivals to be carried out throughout the year. Masks, costumes, props, songs, and music all made up the show, with actors communicating with the audience directly or indirectly.
Scholarship since the 1960’s has worked hard to reconstruct dramatic performances, prompting questions about the function of the built in backdrop, stage decor, and what exactly was left up to the viewers to imagine themselves.

Theater at Epidaurus being used for a summer festival in 2018

With few exceptions, Greek tragedies and comedies were performed by up to three actors, with some doubling up characters when need be. They used masks, which have been interpreted as “semiotic agents,” taking on a life of their own and possessing the typified personality, character, and attributes. As such, stock characters were immediately recognizable, but it was up to the play and performance to dictate the acute personality of the character.
Apart from the actors, Greek dramas made ample use of the chorus, much to the confusion of modern scholars. The chorus is distinct from the stage action spatially, as they stand on the circular orchestra in front of the rectangular stage. They sing directly to the audience or other characters, but often as a removed viewer of the activity. 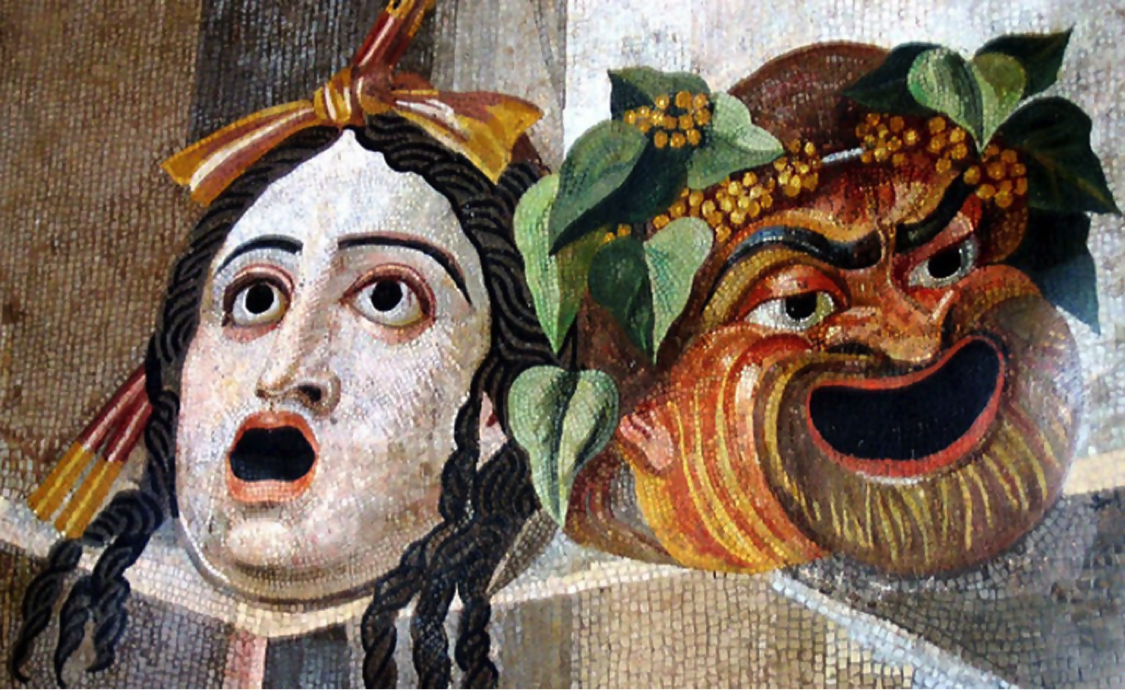 Roman dramas, while originally taking themes from Greek topics and myths, eventually began to adopt their own themes with Etruscan and Latin origins. Choruses in Roman tragedies were incorporated into on-stage action, an aspect that differed from Roman comedy. Roman comedy were either Greek adaptations or entirely Roman in a Roman setting. Male actors would have likely performed all roles in Roman theater, like in Greek theater, but there is some evidence that women may have been minimally involved. 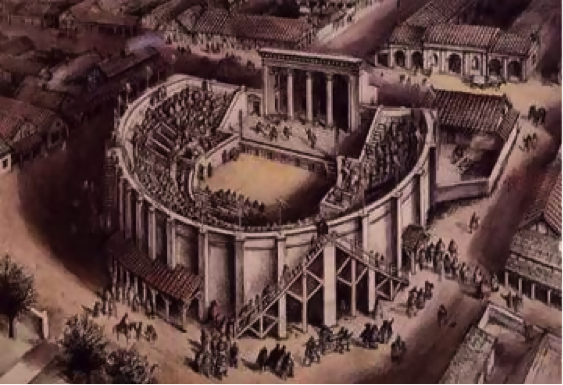 More Please!
Overall, the comparison between Greek and Roman theater speak to the desire for ‘more’ evolving in the respective societies: more genres, more topics, more characters, and more elaborate furnishings. The Greek theaters that were once comparatively humble evolved into Roman theaters seating some 20,000 patrons viewing drama festivals and competitions with playwrights from around the Roman Empire.
Facebook