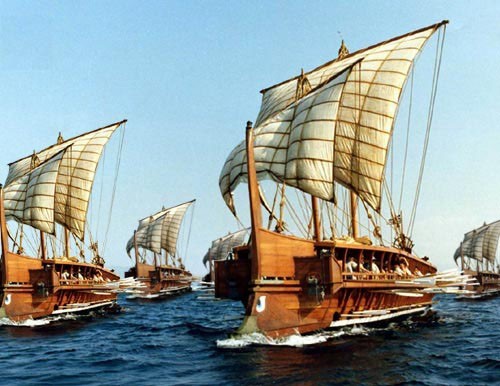 The Melian Dialogue – the Brutal Reality of Power

by Ed Whelan, Contributing Writer, Classical Wisdom
Down the centuries people have referred to the works of ancient historians to understand contemporary events. Many have studied the work of Thucydides to understand present-day international relations and politics. In particular, The Melian Dialogue provides a perennial insight into politics, power and international relations.
The dialogue takes place in 416 BC at a point during the Peloponnesian War when the Athenians and Spartans were in a stalemate after both sides agreed to the Peace of Nicias.  In 406 BC, the island of Melos (today Milos) refused to submit to the Athenians. The demands of the Athenians were that the Melians should pay tribute to them and join the Delian League. Athens sent the fleet of the Delian League to the island with orders to attack Melos if the island did not accept its terms and become, in effect, part of its Empire.
The Melian Dialogue
The Dialogue is presented in the form of speeches given by representatives of the Athenians and the Melians. At the start of the dialogue, the Athenians tell the Melians that they have two choices: either surrender or be destroyed. The Melians politely reject this. They claim that they are a free city, and that they are neutral and not a threat to anyone. The Athenians in response state that they must demonstrate their power over the Melians, or they will be seen as weak. The Melian representatives’ counterargument is that if the Delian League attacked the island this would alarm other neutral states and they would join the Spartans.
The Athenians reject this argument, and the Melians respond that it would be cowardly for an island that was unconquered for seven centuries to submit without a fight. The Athenians warn the Melians not to hope and believe in honor, because ultimately ‘might is right’ – power is ultimately the only thing that matters. In response to this the Melians say they believe that, though they are weak, they have the support of the gods.
To this the Athenians reply that even the gods only respect power and strength. They insist that the strong should do as they want even if it means that the weak suffer: that men who are stronger will naturally rule the weak and that morality and religion cannot change this. The response of the Melians to this is to retort that the Spartans, who are their kin, will come to their rescue.  The Athenians give the Melians one last chance and say that it is no shame to submit to the those who are more powerful.  According to Thucydides, the Melians offered to the Athenians to sign a treaty that would guarantee their neutrality. This was not enough for the Athenian representatives who wanted them to unconditionally surrender. The Melians refused, and politely dismiss the Athenians representatives.
Aftermath of the Dialogue
The Athenians and their allies proceeded to besiege the city of Melos. The Melians put up a dogged defense even though they were badly outnumbered. Thucydides wrote in his history that the Athenians were only able to take the city because of the treachery of one of its defenders. The victors then took a terrible revenge. They executed every male inhabitant and enslaved all the women and children of Melos, although it does appear that some Melians may have escaped the carnage. Melos was subsequently populated by Athenian colonists. However, after the eventual defeat of Athens (404 BC) by Sparta, the Athenian settlers were forced to leave the island. The Melian exiles then returned to their homeland.
The Lessons of the Dialogue
It should be noted that the dialogue as described by Thucydides did not happen. The Melian and Athenians envoys are characters that express the opinions of the Greek historian. Thucydides ultimately seems to argue against the view that ‘might is right’. Rather, he argues that those who do not respect morality and do not restrain their actions are at risk of eventually falling to ruin: after the destruction of Melos, the Athenians suffered a series of military disasters beginning with the ‘Sicilian Expedition’.
Thucydides seems to suggest that any state that believes that it can do anything, simply if it is stronger or more powerful than others, is wrong. Many modern commentators have argued that the Melian Dialogue shows that all states should respect the law and morality in their actions, or they too will share the fate of Athens at the end of the Peloponnesian War. Some have seen in the Dialogue a rejection of the ‘realist school of international relations’ that argues that a state should only act in its own interests even if this means that they act unjustly.  A further interpretation is that Thucydides shows the Melians to be heroic but foolish and that it is best to bow to the demands of the powerful as it is a natural law.
Conclusion
The Melian Dialogue is one of the Ancient World’s greatest treatment of politics and power. It raises profound questions about the nature of international relations and the role of morality in politics. The Dialogue is still relevant today and many of its arguments are still relevant to world-leaders as they make decisions on foreign affairs. For example, it can demonstrate how a Superpower like America can use its military and diplomatic resources.
Facebook