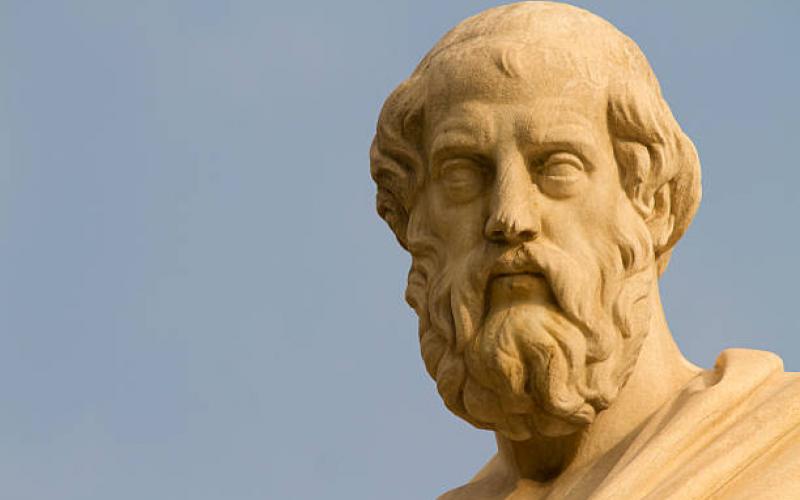 Written by William Giovinazzo, Contributing Writer, Classical Wisdom
When I was a kid, I was taught by the good sisters of Saint Joseph that democracy is a wonderful thing, something ordained by God. In the United States in the early 1960s, it was seen as God’s gift to man, the bulwark against godless communism.
Kennedy was telling us that we needed to spread democracy throughout the world as a radical idea that would free humanity from the shackles of oppression. We all stood proudly before the American flag, chest out, arms akimbo, defenders of truth, justice, and the American way which was decidedly democratic.
That is what we were taught. As with many things the good sisters told me, reality is a bit more complicated. 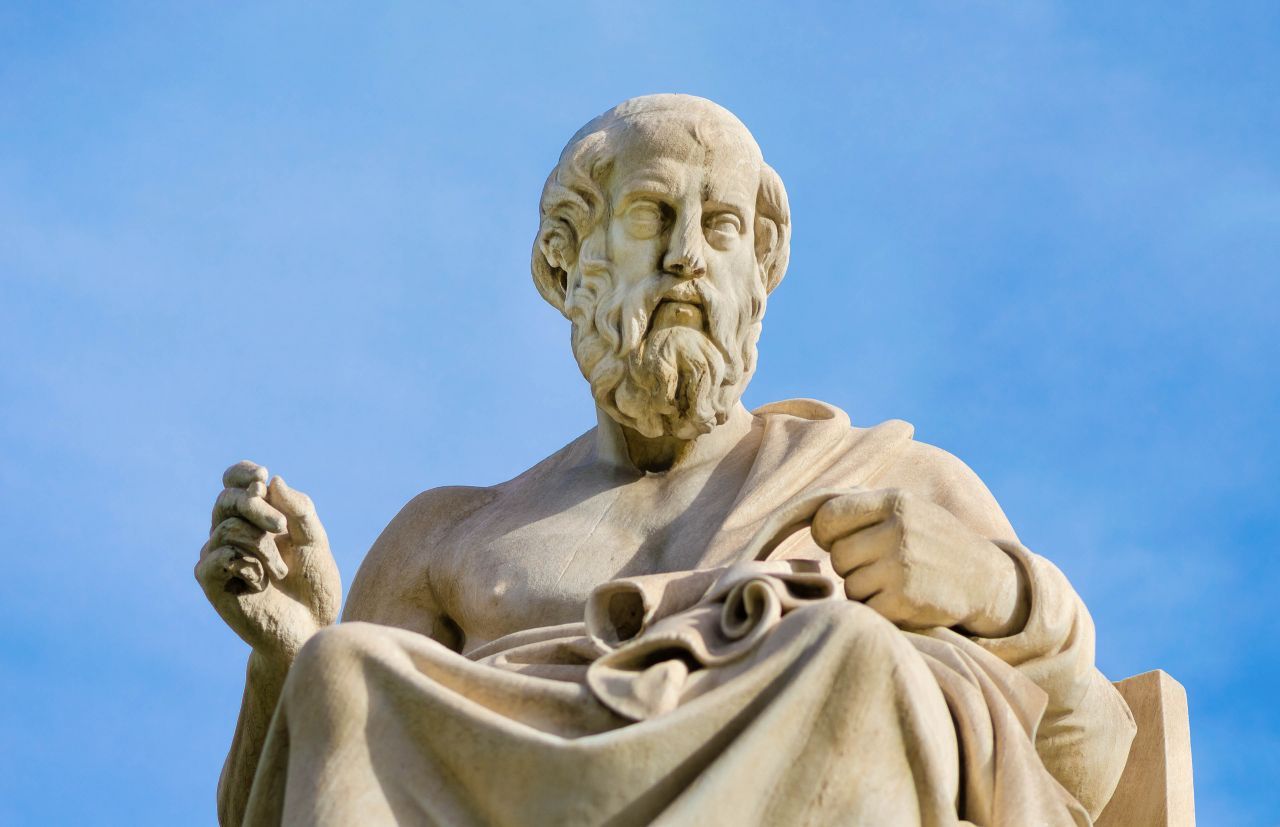 In book 6 of Plato’s Republic, Socrates discusses democracy with Adeimantus. To describe the shortcomings of democracy, Socrates uses the analogy of a ship whose crew mutinies against their captain. Although they have no understanding of navigation or how to pilot a ship, they take command. When someone disagrees with the ideas held by the crew, even those ideas based on actual knowledge, the dissenter is jettisoned. Decisions would be made by the consent of the crew, all equal, regardless of knowledge.
Is this the type of ship you would choose if you were planning to undertake a long journey? Wouldn’t you rather have someone at the helm who is trained in piloting a ship? In plotting the course, wouldn’t you prefer to have someone who understands navigation? Yet, a ship run by the votes of the equal and unequal alike is how the democratic ship of state is piloted.
Plato understood that such a ship is ripe fruit for a demagogue. To demonstrate this point, Socrates imagined an election between a doctor and a candy store owner. The doctor would tell the populace what they didn’t want to hear.

As Socrates described it, the candy store owner would say of the physician that he works many evils on you. He hurts you, gives you bitter potions, tells you not to eat and drink whatever you like. What fun is that? The candy store owner, however, would offer sweets and tasty things. He would appeal to what people wanted, not what they needed. He would provide easy and popular answers to all their difficult problems.
Democratic leaders who value their position over what is right, or even what is good for the country, have learned to be candy store owners. They pander to whoever will help them maintain power. The result is a vision not of the long-term future, but the next election.
Just consider one of the many issues in today’s headlines. Do you raise taxes or reduce spending? Neither! Simply raise the debt. Better yet, increase spending and reduce taxes. So sweet. So tasty. By the time the repercussions of the decision become clear, if you are lucky, you will be dead. It will be someone else’s problem. 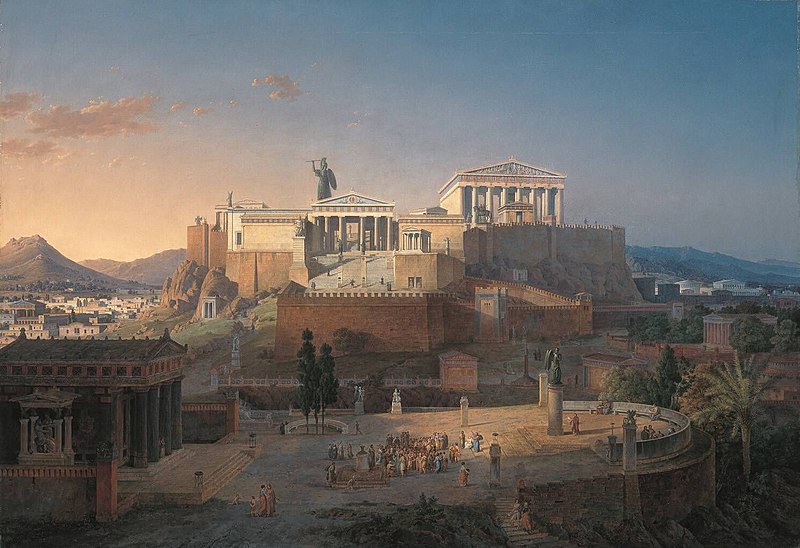 Democratic leaders are relatively free to do what they like, as long as it is popular. The masses have little tolerance for complex reasoning and the minutia of various policies. The clever demagogue will appeal to emotion, more concerned with imagery than substance.
In democracies, political debates become superficial. The focus is on how the candidate is perceived. Do they seem presidential? Are they strong and decisive? Do they tell it like it is? President Bush seemed like the type of person with whom people would like to have a beer. This was seen as some measure of his likability, an attribute, in the minds of the masses, more critical than competence or knowledge.
Of course, Plato wrote the Republic before the modern era and mass communication. Technological advancement only amplified the importance of a politician’s public persona. In 1962 Daniel J. Boorstin published The Image, in which he describes how television and radio have created pseudo-events, events that are staged with the intent to be reported or reproduced and have an ambiguous relationship with the reality of the situation. 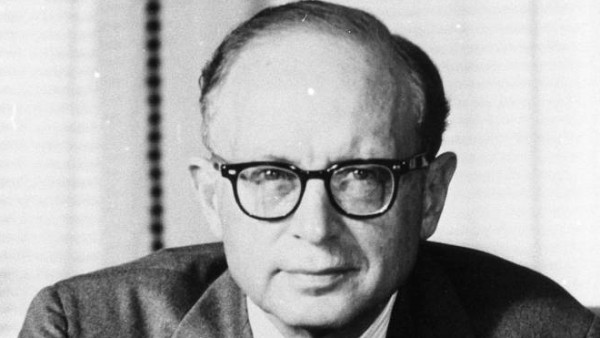 The intent is to shape public opinion. As Boorstin said; “Some are born great, some achieve greatness, and some hire public relations officers.” These pseudo-events, such as the presidential debates, reduce “great national issues to trivial dimensions.” Boorstin likened the debates to the quiz show The $64,000 Question. If you answer the questions correctly your prize is the presidency. Of course, the correct answer here is defined as the most popular answer.
Boorstin was just one milestone between Plato and ourselves. Since the historian’s time, we have become subjected to the 24-hour news cycle where news networks compete for a larger share of the viewing audience.
It was also well before the ubiquity of the internet and social media. We live in an age of celebrity, where people are human pseudo-events, as Boorstin describes them. They are known for their well-knowness. It is the time of influencers, people who can affect the purchasing decisions of others not necessarily based on their expertise, but the size of their audience. It is a society of superficiality and little substance. Plato’s predictions have come through with a vengeance.

Thomas Coutre, The Romans in Their Decadence, (Museo de Orsay, 1847)

There is an even deeper challenge posed by democratic societies. The ancient thinkers understood that our politics could not be separated from our values. In past societies, authority and values flowed from the top down.
Gerhard Lenski in Power and Privilege: A Theory of Social Stratification showed how religion supported the ruling class, establishing conduct and values that gave legitimacy to the authority of the governing elite. In contrast, democracy’s authority flows up. As we are told; governments are instituted among Men, deriving their just powers from the consent of the governed.
Along with the flow of authority, so too flows the values of the people; that is to say, from the bottom up in democracies. This creates a chaotic situation in a pluralistic society with people of differing cultures, differing values. In this confusion, there is no one definition of the good, no one set of values, to which one can appeal. 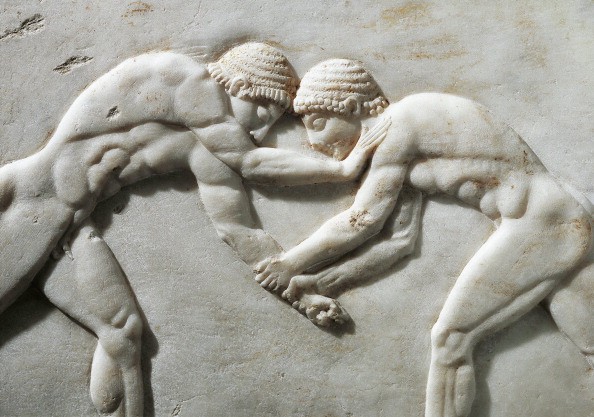 When there is a lack of a standard, individuals pursue their desires and interest. Of course, such individualism is not necessarily a social evil. It becomes an issue, however, when we become so self-absorbed that we become unwilling to sacrifice for the common good. Many today feel any provision for the commons is seen as an intolerable threat to liberty. They see themselves as buckskin-clad plainsmen staring steely-eyed into the horizon free of all government encumbrances.
In looking at these shortcomings, Plato saw democracies not only as morally confused with little agreement on values, but so focused on image that political discourse is superficial. Plato said, “democracy is a charming form of government full of variety and disorder, and dispensing a sort of equality to equals and unequals alike.” Given these flaws, it is not at all surprising that democracies are relatively short-lived forms of government.
Unfortunately, Plato’s solution for how best to govern ourselves is just as unrealistic as democracies. He proposed a regime that is ruled by a philosopher-king. This may seem somewhat self-serving: that a philosopher, Plato, believes that philosophers should be king. But this expression could be a bit misleading.

Piazza del Campidoglio (Rome, Italy). Statue of Marcus Aurelius, perhaps the only person worth the name of “philosopher-king.”

Plato described the philosopher-king as a man who loved wisdom more than power. Such a leader would understand the good. His goodness and moral leadership would pass down to the people providing society a unified moral standard. Such a vision is naïve. History has shown the rarity of such leaders; it has proven that such a model is even less sustainable than democracy.
“I have met the enemy and he is us” to quote that ancient philosopher Pogo. The flaw in democracy is not the quality of the leaders, but of those that are led. We, the people, need to take responsibility to ensure good government. We all must be philosophers. We cannot look to a man (or woman) on a horse to rescue us. We, the people, need to ensure a society that promotes individual self-actualization. We all must come to love wisdom, to cherish what is good over what is profitable or expedient.
Of course, believing that the masses could, or even would, become lovers of wisdom might turn out to be just as naïve a solution as the others.
Facebook