Are current policies Draconian? Do we Need them? | Classical Wisdom Weekly 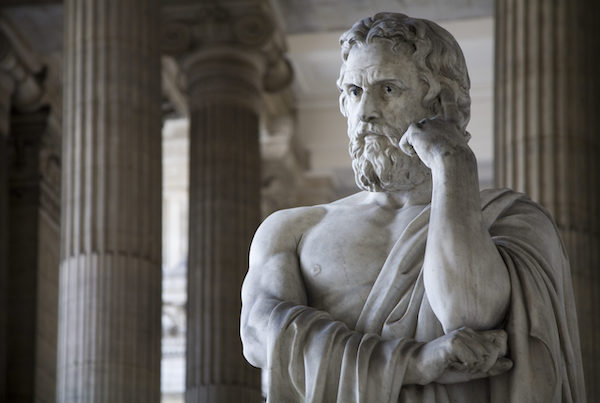 Are current policies Draconian? Do we Need them?

We were ‘outside’ all of five minutes, at best… and I use inverted commas because we still hadn’t left the building.
You see, our comfortable little apartment, while nestled in a beautiful old french building, has only an internal courtyard view. ‘No noisy traffic sounds!’, we had initially rejoiced… but then we noticed we didn’t get any direct sunlight either.
This is not usually a problem, since we live near parks and cafes and often spend time walking between them… ah, those were the days.
And so yesterday I brought my young daughter to the direct light, to get a good dose of vitamin D, when the doorwoman approached.
“You have to go upstairs. Now.”
I protested. I pleaded, “We need a little sunlight, after all…” “come on,…She’s only 4!”
But her stern look and the hand reaching for the phone told me to stop… and to return upstairs.
Here in Argentina they are not taking this COVID-19 pandemic lightly. Helicopters circle overhead. Police roam the streets. The city of 15 million has come to a complete standstill.

Traffic stop in an empty street in Buenos Aires

Likewise, other countries the world over are starting to enact extreme policies. Maybe it started with a closed beach or a canceled event, but in some places it now involves a covered vehicle removing anyone who ‘fails’ the test.
There’s an adjective that some may be tempted to employ for just this situation: Draconian.
It was around 621 BC when the first democratic legislator, Draco, was commissioned to devise a constitution; a written law code placed in a central location enabling any literate person the ability to review it.

Carving of Draco the Lawgiver in the US Supreme Court Library

Before this, laws were conveyed orally, which meant they could be easily manipulated by the Aristocracy.
Essentially, Draco’s code or the Draconian constitution, was an early manifestation of Athenian democracy.
So far, so good! So why do we cringe a little at hearing the word Draconian? Well, it’s because his punishment for many offenses, even small ones, was death.
Perhaps it’s for that reason that when we think of Athens, we like to conjure Pericles instead of Draco… but in the end, we all know which one died in the plague.

Returning to the ever evolving and complicated situation in front us today, we have to ask you, fellow moral philosophers among us:
Are the current policies indeed Draconian? And… is that what we need?
As always, you can comment below with your thoughts…