Alexander the Great and His Mermaid Sister | Classical Wisdom Weekly 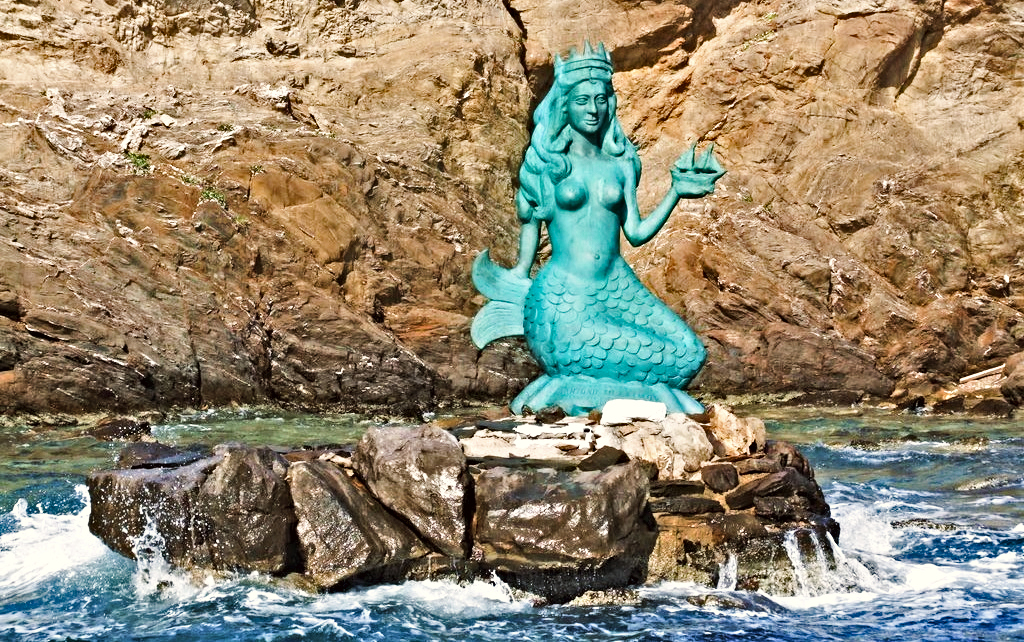 Alexander the Great and His Mermaid Sister

Written by Ed Whalen, Contributing Writer, Classical Wisdom
Alexander the Great is one of the most famous people that ever lived. He was a remarkable general and he changed the history of the world. Naturally, such a larger-than-life figure inspired many stories, and these morphed into myths over time. One of the most fascinating is the myth about his sister the mermaid.
Mermaids in Ancient Greek Mythology
According to the Greeks, Gaia, or Mother Earth, was one of the first primordial deities. She came into existence along with Chaos and other deities. Gaia gave birth to Uranus and she later had a sexual relationship with him and out of this incestuous union, she gave birth to the Titans.
From this race of primordial race of giants came the Cyclopes and Oceanus, the god or the embodiment of the Ocean and monstrous figures like Scylla and the three Gorgons. The most famous Gorgon is Medusa. Her two sisters, Stheno and Euryale, were transformed by Athena into sea monsters. In some accounts, they became sea-mermaids.
To the ancient Greeks, therefore, mermaids were often demonic sea-beings. They were thought to lure seamen to their death. In many myths, they are associated with the sirens, half-women and half-birds, whose singing lured many sailors to the rocks and death by drowning as in Homer’s Odyssey.
The modern world has a favorable conception of mermaids, but in the ancient world they were malign sea figures often blamed for tragedies at sea. It was widely believed that they could cause storms at sea. They were depicted in folk art as a female demon, with a woman’s form from the waist up and a giant fishtail from the waist down.
The Myth of the Mermaid Thessaloniki
According to a popular Greek legend, there lived a mermaid in the Aegean Sea for centuries by the name of Thessaloniki. She was reputedly the half-sister of Alexander the Great. It was told that Alexander’s father Phillip of Macedon had married the mother of Thessaloniki. Phillip was notorious for his many marriages.
According to this popular legend, Alexander went searching for the Fountain of Youth while in Asia and found it. After facing many dangers, he was able to fill a flask with the waters of immortality. Alexander washed his sister’s hair in the precious waters and made her immortal. The great conqueror did not drink the waters and died in Babylon in 323 BC.
Thessaloniki was left grief-stricken and never recovered. Heartbroken, she decided to kill herself but after she threw herself into the waters of the Aegean, she was transformed into a mermaid. A tragic figure, Thessaloniki was also dangerous. Whenever she saw a passing ship, she would ask the sailors if Alexander was alive or dead. Their answers could doom them to a watery death. If they told the mermaid that the great Macedonian was alive, Thessaloniki would leave them to go on their way. If they told her the truth — that he was long dead — she would become furious and turned into a demon or Gorgon, depending on the myth. She would then sink the ship and all the sailors on board would drown. The best-known version of this myth is found in the works of Pausanias.
The Real Thessaloniki
Like so many more myths, this one was based on an actual stepsister of Alexander the Great, the half-sister of the great king. The daughter of Phillip and a Thessalian woman, it appears that she was raised by Olympias — the mother of Alexander — and had little contact with her older half-brother.
After the death of Alexander, she supported Olympias in the struggle for control of Macedonia. After the execution of Olympias, she married Cassander, who had ordered Olympias’ death. She had three sons with Cassander, and he treated her with respect and named the port city of Thessaloniki after her. After the death of her husband, she tried to end the feud between two of her sons for the throne of Macedonia but was murdered by her youngest son, Alexander.
Conclusion
There are many myths surrounding the life of Alexander the Great. The legend of his mermaid stepsister is one of the most amazing. It is still extremely popular in Greek folklore. This tale illustrates how myths are often based on some truth: in this case, Alexander’s real-life step-sister, who became Queen of Macedonia and was tragically killed.
References:
Smith, William, ed. (1870). “Thessalonice”. Dictionary of Greek and Roman Biography and Mythology.
Facebook