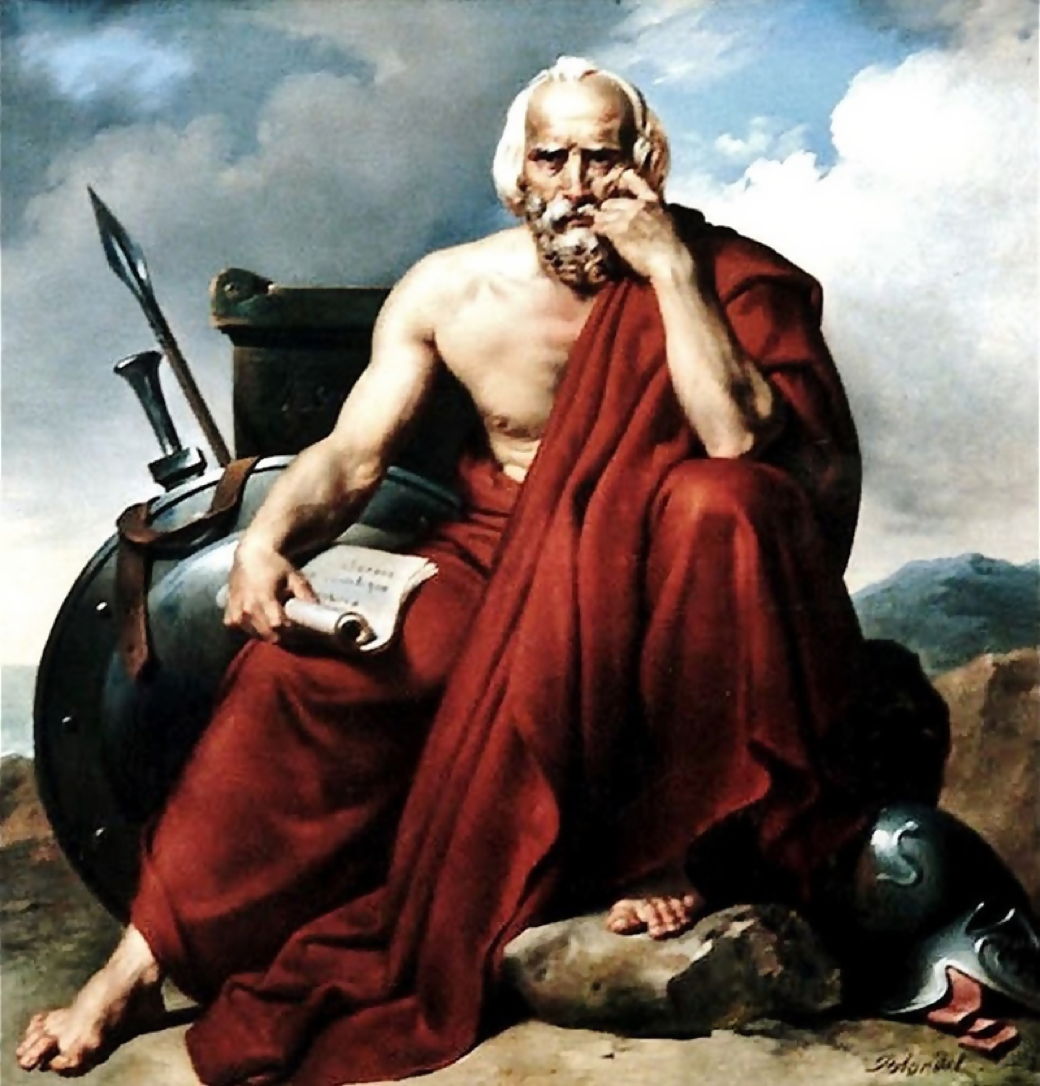 Written by Edward Whelan, Contributing Writer, Classical Wisdom
Sparta has fascinated people for thousands of years. One of the most, if not the most important figure in all of Spartan history was Lycurgus, the great lawgiver. The interesting thing is that we know very little about this man and his character and indeed, many suspect that he was only a myth.
Sparta at the time of Lycurgus
The Spartans were Dorian Greeks and they had probably migrated from the Balkans and occupied parts of the Peloponnese during the so-called Dark Ages (12th to 8th century BC).
At the time of the future lawgiver’s birth, Sparta was just another one of the many petty kingdoms and city-states that controlled Greece. It was not wealthy and was not famed for its military prowess. Indeed, it had many enemies and was very vulnerable to attack. 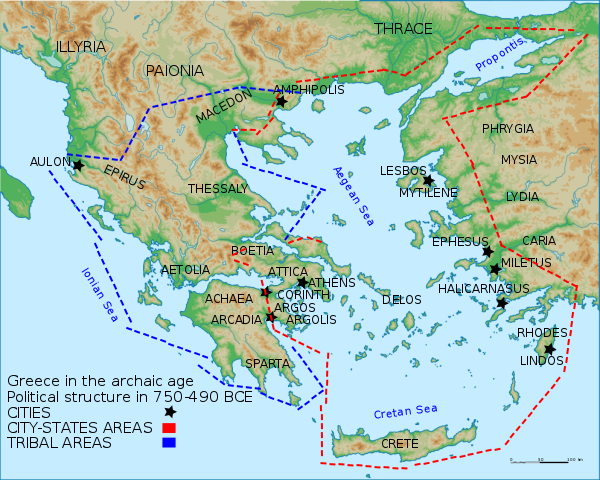 This map, dating to some 20 years after the death of Lycurgus, shows Sparta as one of many ancient Greek city-states

The origin of Lycurgus
We know very little about the man who became the founder of the remarkable Spartan state.  It is believed that he may have lived in a date range between the 10th and the 8th century BC.
What we do know about his life is from the biographer Plutarch who wrote several hundred years after his probable death. Many believe that he never existed and that the Lygurgus comes from an epithet derived from the God Apollo. Then some believe that the name Lygurgus may be based on an archaic wolf-deity or cult.
Certainly, the great Spartan is a quasi-mythical figure, but he was almost certainly a historic figure. However, there may have been more than one person with that name, and later generations may have attributed all their works and policies to one single person. 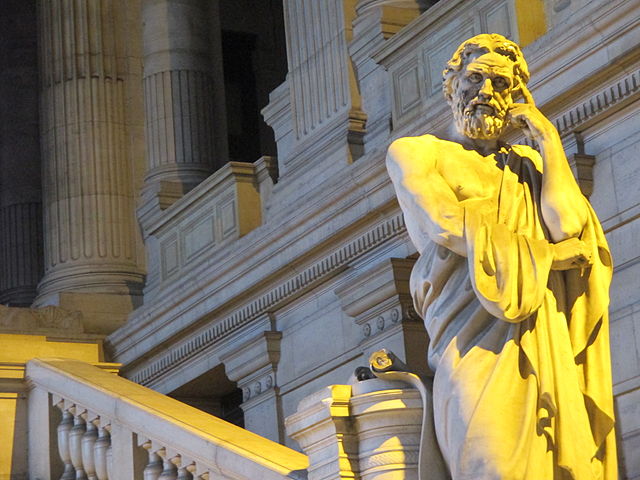 A statue of Lycurgus at the Brussels Court of Law

The life of Lycurgus
It is widely believed that he was born into the royal family of Sparta. It seemed that he was highly esteemed by his fellow Spartans. His father and his older brother both predeceased him and he was offered the kingship.
He became the rule of the kingdom and was a good and just ruler. However, his brother’s wife was pregnant when he died, and she later gave birth. After some consideration, Lycurgus did something remarkable and abdicated, which astonished all of Greece, according to Plutarch.
He had his nephew crowned the king and he acted as his regent. His brother’s queen became concerned and she and her family feared that Lycurgus was plotting to assassinate the infant. They plotted against him and forced him into exile. 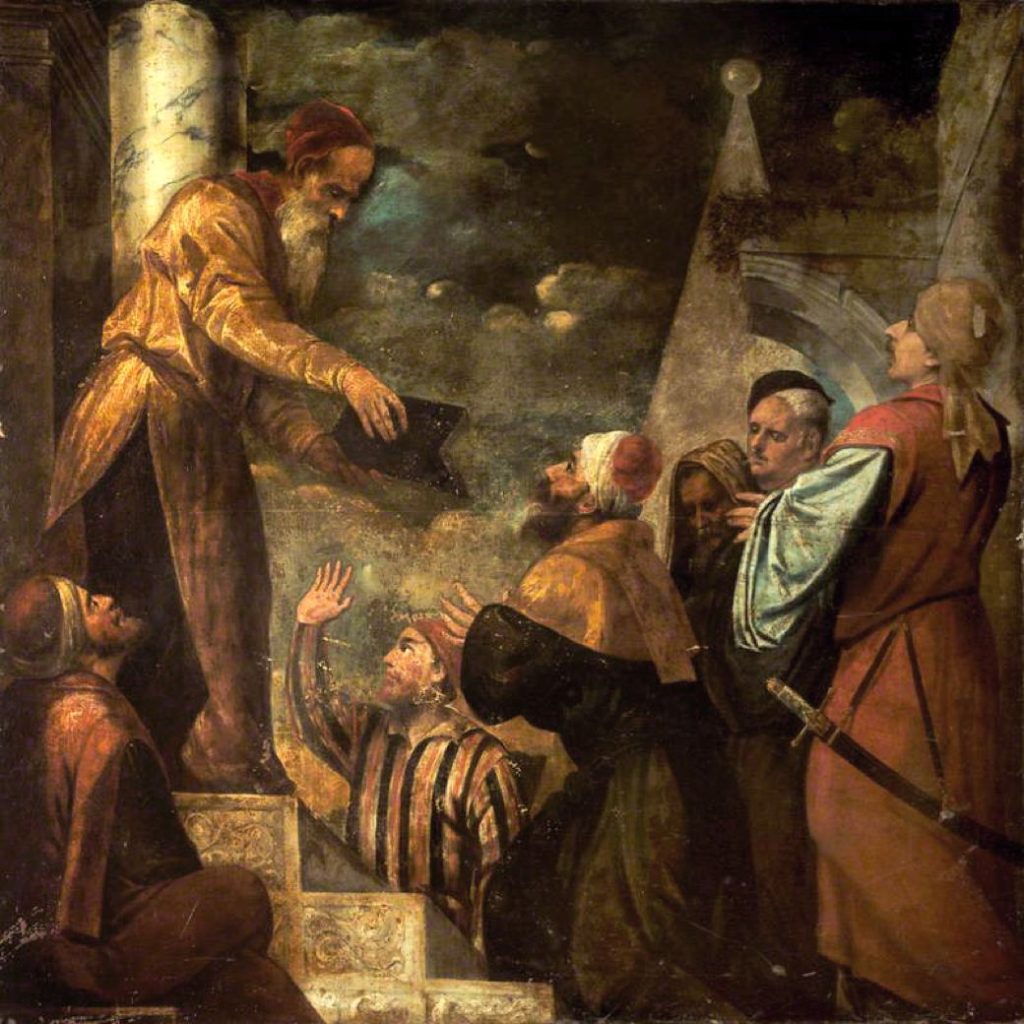 Travels and Oracle Delphi
During his exile, the Spartan decided to travel the known world. On his travels, he acquired a great deal of knowledge and gained a new perspective on politics.
In particular, he was impressed by the institutions of Crete, whose rulers were also Dorian Greeks. The Spartan also travelled to Asia Minor, where he admired the intellectual pursuits of the Ionians, but not their luxurious lives. According to one source during his wandering Lygurgus met Homer and later helped to compile the Iliad and the Odyssey, but this is almost certainly incorrect.
Some believe that the Spartan travelled as far as Spain. Back in his native land, things began to go badly and the people wanted Lycurgus to return and rule them again. He agreed out of a sense of duty, but before he did he consulted the Oracle at Delphi. 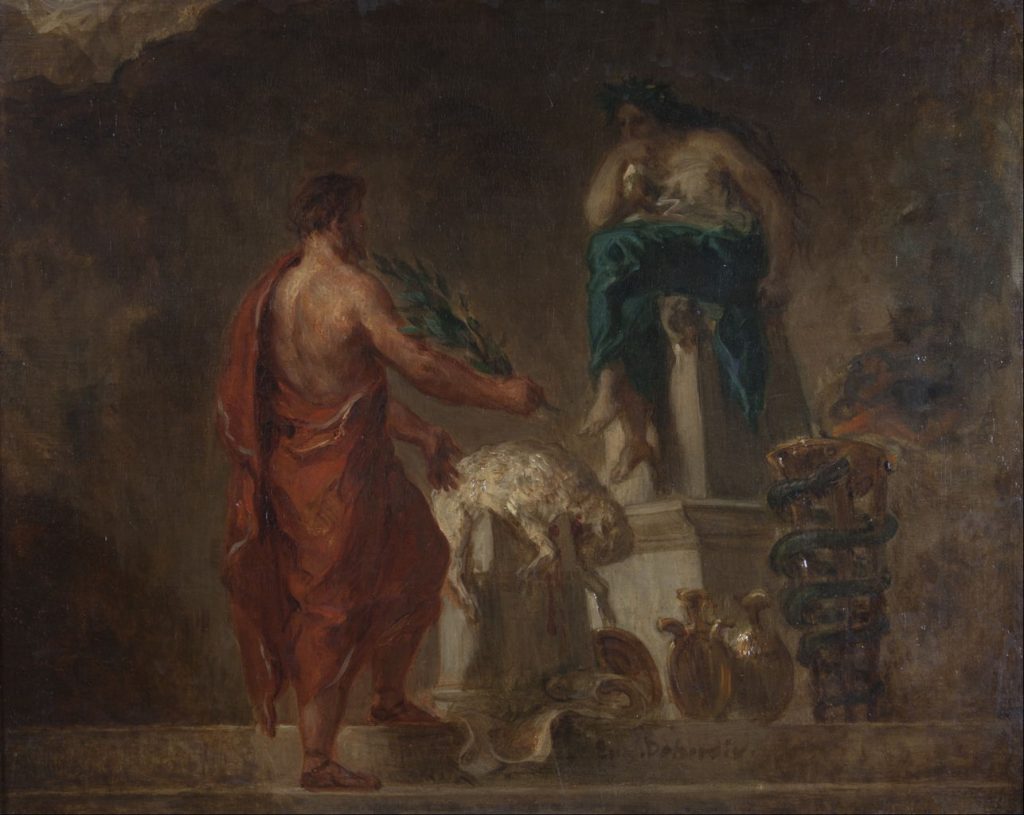 The Oracle assured him that his reforms would work and that he would make Sparta the greatest Greek state. Many have been struck by the similarities between the Spartan and the Athenian Solon, another great lawgiver.
Lycurgus the lawgiver
The Spartan saw that his kingdom needed to be completely reformed. He redrafted the constitution and established that two kings would rule Sparta. A council of elders would guide them and the male citizens would have a say in the government by their participation in the assembly.
This system provided Sparta with a great deal of political stability for centuries. Next, he established a system that has been likened to communism. He banned the use of gold and silver and all land was owned by the state, which allocated equally among all the citizenry. 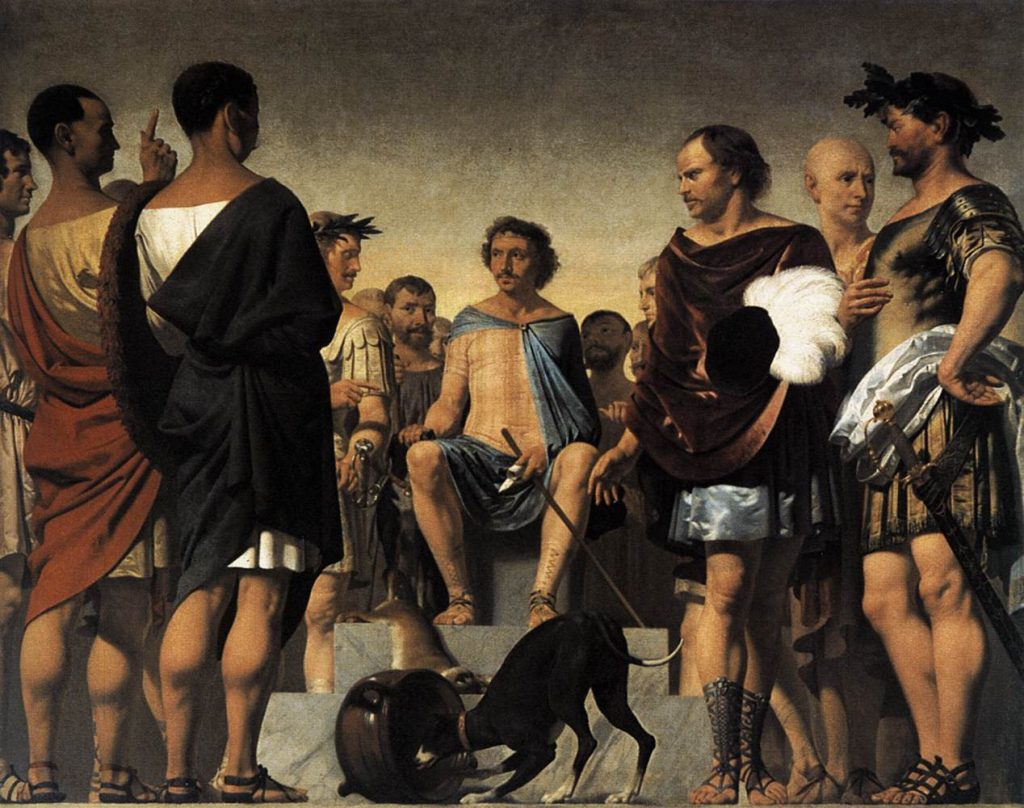 Lycurgus Demonstrates the Benefits of Education, by Caesar van Everdingen, 1660-62

Lycurgus decided to make Sparta a highly militaristic society with the best warriors in Greece. He developed the agoge system to train young boys. Under this system, they were taken from their families and trained in warfare from an early age. It was a brutal system, but the young boys became fierce and highly disciplined soldiers.
Lycurgus wanted the citizens to put the state before their own family. He ordered that all adult males have a common mess hall. Lycurgus was almost universally loved, and he was a mild-mannered character. As he grew old, he decided to return to the Oracle at Delphi.
The mysterious death of Lycurgus
Before he left he assembled all the Spartans and had them swear to maintain the laws he had introduced.
Then he left and he simply disappeared and was never seen again. Some claim that he starved himself to death as part of a ritual.
After his death, he was worshipped by the Spartans and a hero-cult developed around his memory. Such was his reputation, after his death, he came to be regarded as one of the Seven Sages of Greece. 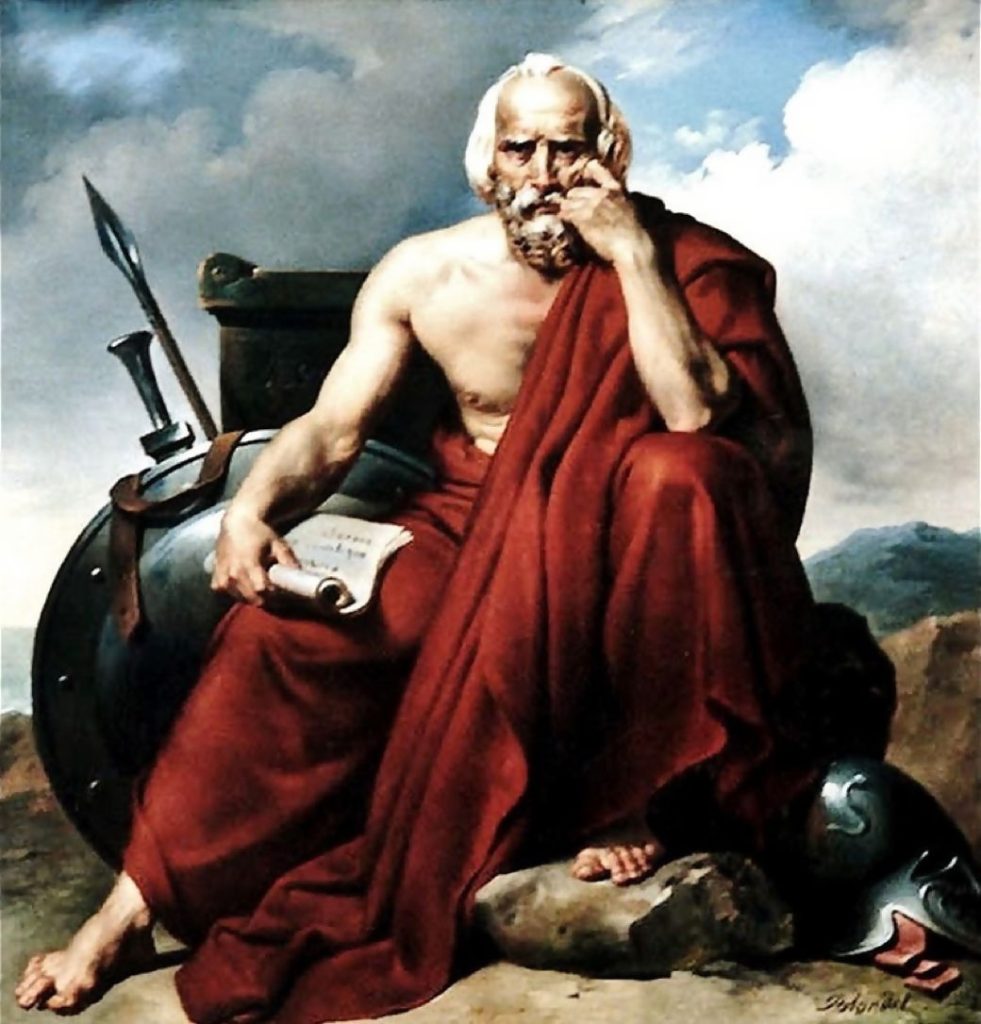 Lycurgus of Sparta, by Merry-Joseph Blondel, 1828

Conclusion
Lycurgus changed Sparta and he transformed it into a highly disciplined and militaristic society. Without his laws, the Spartans would not have been the greatest power in the Peloponnese nor able to play their decisive role in the defeat of the Persian invaders.  Moreover, without his reforms, they would not have been able to become the dominant power in Greece after the Peloponnesian War.
Facebook