The Roman Republic was moulded rather decisively by the fall of the monarchy. The Republic was designed to prevent the re-emergence of rule by a single person. Rome’s last monarch was Lucius Tarquinius Superbus (died 495 BC). His tyranny provoked a rebellion, and this was to lead to the Republic which was to change the history of the Classical World.
The early life of the tyrant
Superbus was related to Tarquinius Priscus and son-in-law of the previous Etruscan king Servius Tullius. He was a member of the Tarquin Dynasty. His grandfather Lucius Tarquinius Priscus, had been an Etruscan by birth and had been adopted by the fourth Roman king. He later became his heir and ruled Rome for many years.
This story may indicate that Etruscans had conquered the Latin City and had imposed a king of Rome. The sources version of events, which were written down many years later, are not regarded as reliable. It is claimed by Cicero that Superbus conspired with his future wife to become king. He killed his wife and then assassinated the 6th king of Rome Servius Tullius.  He was the only king to seize power by force in Roman regal history.  The Roman king only ruled a small area at this time and was more like a petty king or chieftain. 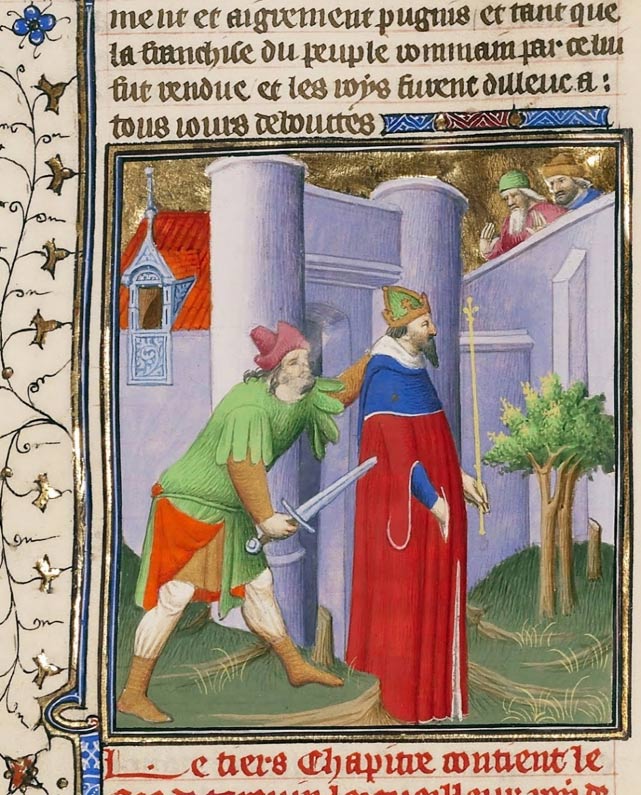 The reign of Tarquin
Tarquin came to power in either 595 or 594 BC and he proved to be a capable if ruthless ruler.
Traditionally, the king had worked with the Roman nobility. However, Tarquin proved to be a despot and had no respect for the law or tradition. His name Superbus means the ‘proud’ in Old Latin.
Tarquin intimidated the Roman Senate and set aside the precedents established by Romulus. In this way, he was similar to later tyrannical Emperors such as Nero and Caligula. Tarquin often sentenced senators to death for alleged crimes and frequently used capital punishment against his real and imagined enemies. He initiated a reign of terror in Rome.
The dictator was a shrewd politician and he made Rome the head of the Latin League. He did this by charging his main rival with a spurious plot against the Latins. Tarquin was an aggressive leader and he waged war against the Volsci and Aequi and expanded the territory of Rome. He was careful to maintain peace with the powerful Etruscans. Tarquin was a great builder, as many tyrants are. He built a huge Temple to Jupiter and began the construction of the Forum. 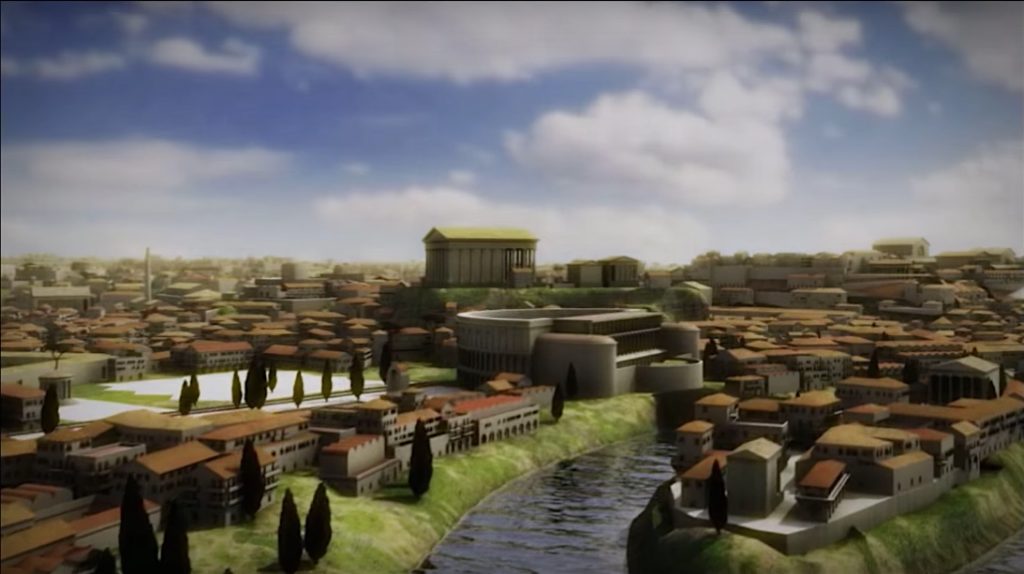 Tarquin and the Sibylline Books
The King was approached by the Cumaean Sibyl, who offered him nine books of prophecy. She was the priestess at a shrine to Apollo and was famed for her powers of second sight.
The priestess demanded a huge sum for the books. Tarquin dismissed her and in response, Sibyl burned three of the books. She returned to Tarquin and offered him the six books for the same price. Again, the king refused to pay and dismissed the priestess. The old priestess returned and offered the three remaining books for the same price. Tarquin at last relented and in this way, Rome obtained the Sibylline Books.
The books were a collection of oracular maxims written in Greek verse and they were widely consulted by the Roman Senate, especially during times of crisis. 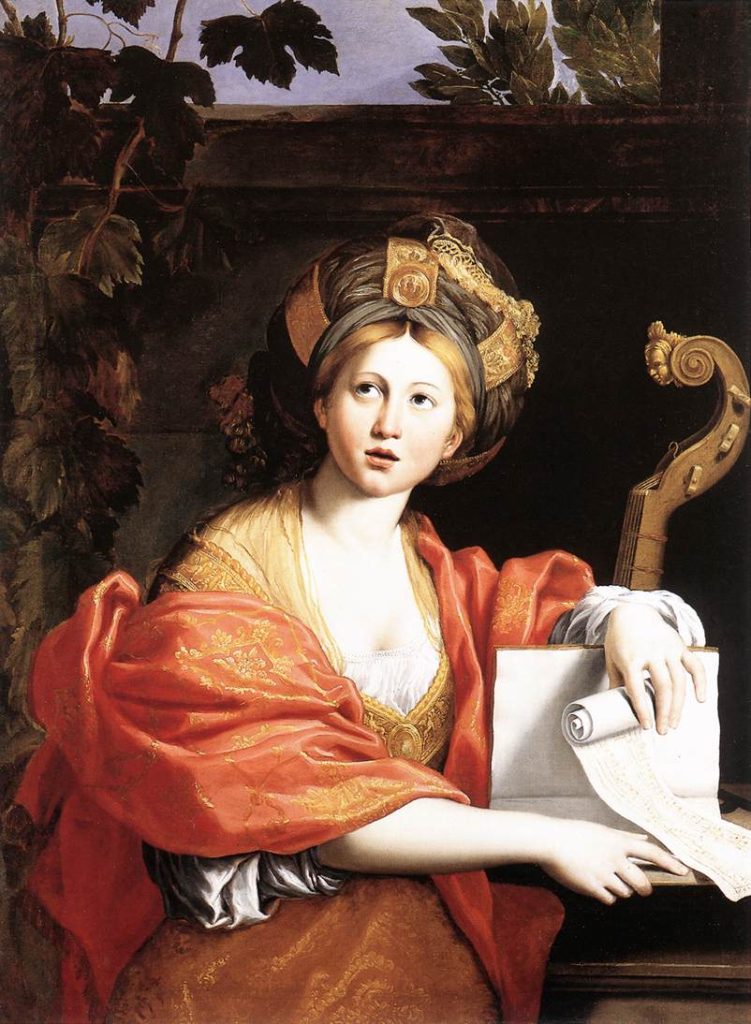 Downfall and exile of Tarquin
By 509 BC, the Roman population was tired of Tarquin and his brutal and burdensome rule. Tarquin went on a campaign that year but this was not a success, as the enemy refused to engage with the Romans.
Tarquin’s son after a night’s drinking raped a Roman noblewoman and she told members of the nobility after her family refused to help her. The Roman noblemen, led by Lucius Junius Brutus, began to plot the overthrow of Tarquin.
Lucretia committed suicide and Brutus swore on her dead body that he would end the monarchy and free the Roman people. They moved slowly and secured the support of the Roman nobility and many of the ordinary people.
Interestingly, Lucius was an ancestor of the Brutus who was involved in the plot against Julius Caesar.  Brutus and others summoned an assembly of the people and the Senators, and they voted for the expulsion of Tarquin and end the monarchy.

The Story of Lucretia, by Sandro Botticelli, about 1500

The army refused to support the monarch and he was forced into exile. He attempted to regain his crown but he failed and he died in exile in Cumae. In 495 BC, the elderly former king, at the head of an alliance of Latins was defeated by Rome at the Battle of Lake Regillius.
The Romans replaced the monarchy with two consuls, who shared supreme executive power, for a year. The Republican system was designed to ensure that no single person could become the ruler.
Conclusion
Tarquin was the last king of the Romans. However, he helped to establish the city-state as the greatest power in central Italy and was a great builder. It cannot be denied that he was a despot and that he ruled Rome with an iron fist. His rule was so brutal that it made the Romans determined to never have a king again. This led to the foundation of the Roman Republic, which may not have happened if Tarquin had ruled like his predecessors. The anti-monarchical political culture of Rome was unique and it ultimately transformed the city-state into a Mediterranean power.
Facebook