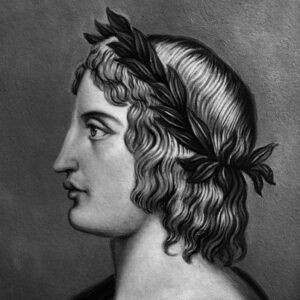 Virgil or Publius Vergilius Maro, his full name, is one of the most celebrated and influential of the ancient Roman poets. His work was loved during his lifetime and has survived through the ages. It is believed that he authored several small poems during his life. However he is often remembered for three books in particular. These are The Eclogues (or Bucolics), The Georgics, and the epic Aeneid.
There are various, conflicting reports about the life of Virgil. His biography is therefore a bit complicated. Some claim he was of Etruscan or Celtic descent. Still others claim he was descended from early Roman colonists. And while unsubstantiated claims say that Virgil was born to a father of modest means, still others believe he was born to a wealthy, land owning family that could afford an education for the poet.
The first two of his great works are The Eclogues and The Georgics. The Eclogues is a collection of ten poems that describe the political turmoil of Rome after the assassination of Julius Caesar in 44 BCE. Interestingly, in the fourth poem Virgil mentions the birth of a boy that would herald in a new age of humanity. This was interpreted by later Christians as being a prophetic message for the birth of Jesus Christ.
The Georgics was Virgil’s second great work and was believed to have been published in 37 BCE. In The Georigics Virgil writes about all the labors necessary for running a farm. Virgil describes the care of livestock, methods for harvest and the nature of bee keeping as well as bees themselves. The theme of the poem varies between optimism and pessimism, which has lead to debate about the authors intentions. 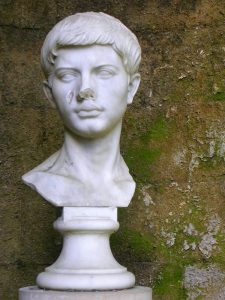 Virgil’s most famous piece is the epic Aeneid. The poem details the pilgrimage of Aeneas, a warrior fleeing the ruined city of Troy. Aeneas travels to Italy and founds a city that would grow over the years and eventually become Rome. The epic is a prolific piece of literature and consists of 12 books. The writing is similar to that of the poet Homer and the story itself is often compared to The Iliad as well as The Odyssey.
Virgil would gain great fame during his lifetime for his writings. He is often regarded as one of the most talented writers of ancient Rome and his epic Aeneid is considered one of the most important poems of western culture. Virgil would remain popular long after his death. He even appears in The Divine Comedy by Dante and acts as Dante’s guide through the seven circles of Hell.
Facebook