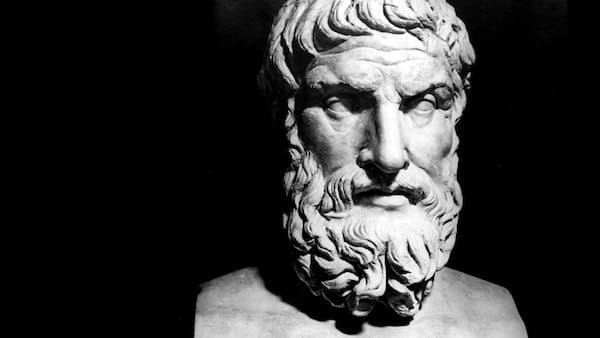 Epicurus and The Pursuit of Happiness

We’ve all been there. Fear, anxiety, depression, existential dread…these are common side effects of the human condition and part of life experience.

No matter where you have found yourself in history or what may be happening in global society, anxiety, depression and other mental and emotional challenges present themselves to us all at some point in our journey through life.

Greek philosopher Epicurus (341 – 270BC) recognized the suffering within himself and his fellow men and women. He established the Epicurean school of philosophy that promoted the Art of Simple Living.

Epicureanism went on to become one of the most influential philosophies in ancient times. It is known mostly for the Forty Principle Doctrines – a guide for how to live the happiest possible life.

However, if reading through 40 doctrines seems too overwhelming, or you’re just short on time, the Tetrapharmakos a.k.a ‘The Four-Part Remedy’ is a great place for any budding Epicureanist or happiness seeker to start!

You Have Nothing to Fear from God

In the Hellenistic period, the gods were all-seeing, all-powerful entities that made puppets of mankind. It was widely believed that if one angered the gods, it would result in torture and punishment during life and after death.

Epicurus, in contrast, did not believe that humans could do anything to anger the gods. He argued that they were too mighty to be troubled by the actions of mortal men. Instead, Epicurus believed the gods to be role models for humanity and argued that one should try to reach their level of happiness and self-empowerment. 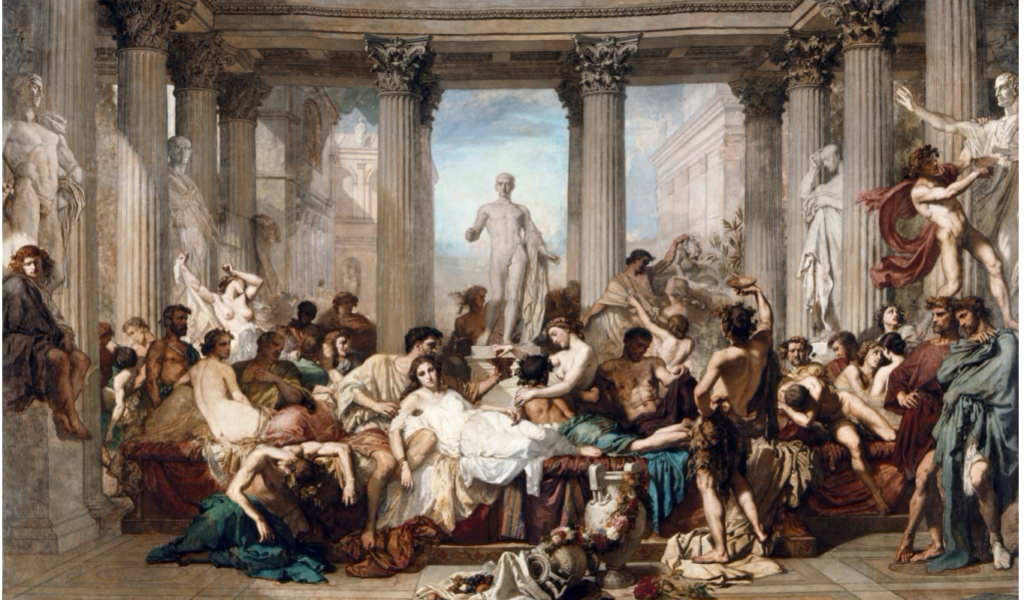 Rome During the Decadence, Thomas Couture, 1847

Epicurus’ idea was that good should be done for the good itself, not because of the threat of punishment. He saw guilt as an obstacle to true happiness.

If one wishes to achieve a calm and serene mind, then actions that incur guilt should be avoided at all costs.

For Epicurus, the gods exist not to be feared, but emulated.

Death. There is nothing more final. It has long been argued that the burden of humanity is to live with the knowledge that we will one day succumb to death. The end of our lives is one of the biggest anxieties for us all, and for many, this fear can limit one’s ability to live a full and happy life.

“Death means nothing to us…when we exist death is not yet present, and when death is present, we do not exist.”

Good point, Epicurus! Whatever you believe in, death brings to us a different state of consciousness. There is no way of knowing how we will perceive death, as no one has come back to tell us what happens. 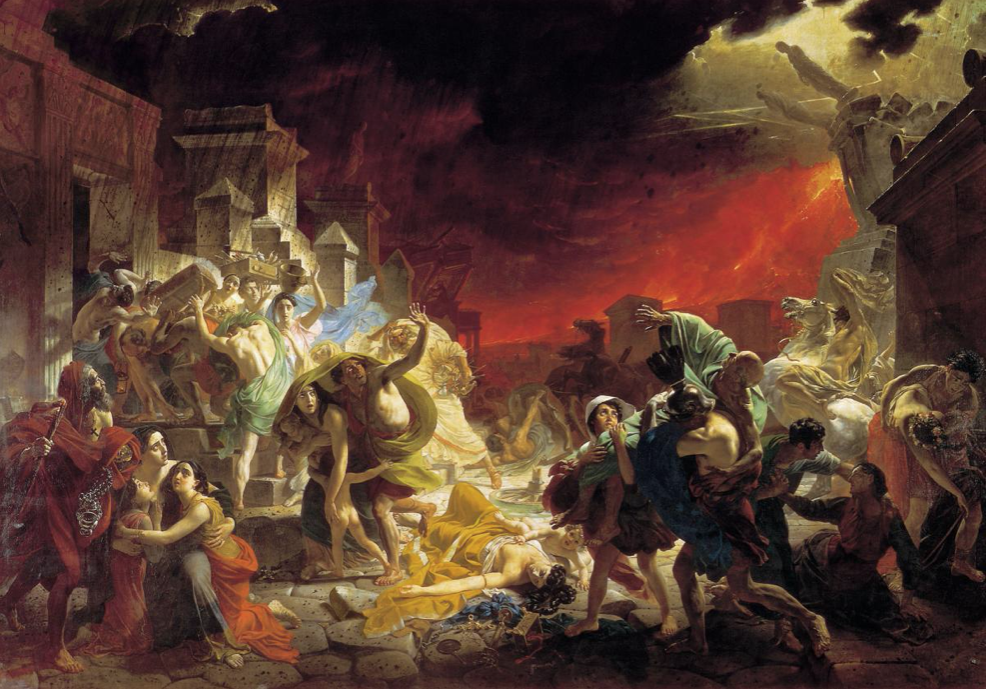 For those who are worried about missing out on future events after death, the Epicureans say that’s the same as worrying about all the events you missed out on before you were born.

At the end of the day, all we can do is live a full life in the present. Everything else is beyond our control.

What is Good for You is Easy to Get

The Epicureans consider humans to have very basic needs, and say it is our desires that cause us the greatest suffering.

To survive and do well, all a human needs is food, shelter and interpersonal relationships, all of which are relatively easy to get. Simple foods that give nutrition and energy are much easier to come by than a Michelin star meal.

It is our desire for more that causes needless anxiety. This is especially relevant to today’s consumerist society, constantly bombarded with advertisements that tell us we are nothing without the finest house or the newest gadgets.

What is Terrible is Easy to Endure

After much observation of nature, the Epicureans concluded the following about pain and suffering: 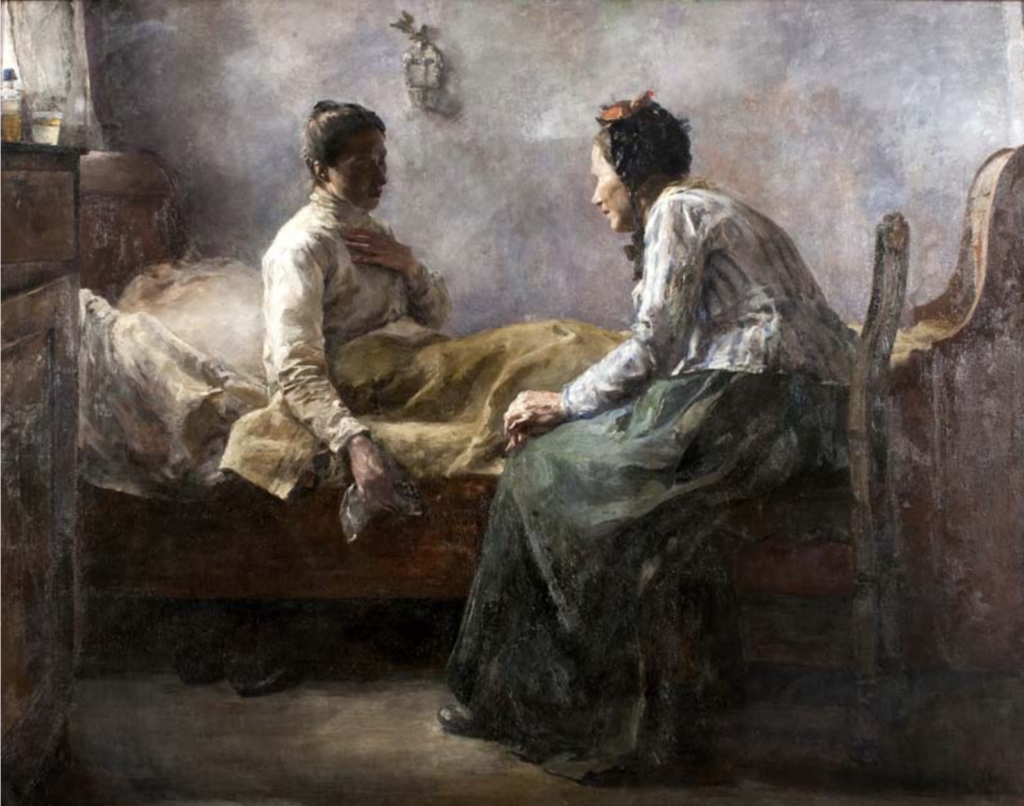 So, terrible things may not be a walk in the park, but they may not be as bad as you may think, or at least last as long as you fear. The Epicurean logic is that if your pain is terrible then it won’t last for very long, and if it does last long it will be mild or you will grow accustomed to it.

This is perhaps one of the most controversial doctrines of the Tetrapharmakos. But it does have a point: we live in a world that has limits. All humans, animals and conditions have a limit, and the same can be said for the nature of suffering. It is a better use of energy to understand it than it is to worry about it, because at the end of the day, suffering cannot be avoided. Many things occur that are outside of our control. However, if one understands the nature of suffering, one may better avoid unnecessary pain, or at the very least, be able to accept when pain and suffer unexpectedly arise.