The End of the World: Trump, Pericles and the Land of Fire | Classical Wisdom Weekly 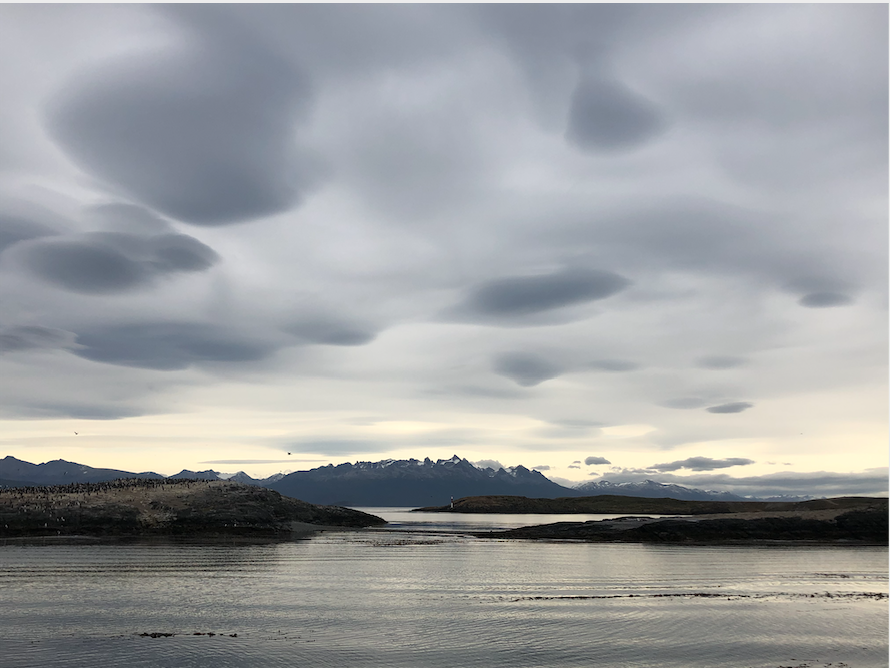 The End of the World: Trump, Pericles and the Land of Fire

You may have noticed, dear reader, that this week’s monday mailbag is coming out on wednesday…which is a little strange. However, this does mean two issues in one day, which is no doubt very exciting!
The reason for this is because I have just come back from the end of the world… literally.

I’m not exactly sure why we booked a last minute holiday to Tierra del Fuego, the land of fire, but I have a few suspicions.
Perhaps, in keeping with the epic themes of which we so often surround ourselves, I wished to improve my Kleos – my reputation or glory. Like Odysseus traveling to the underworld in the Nekyia, it is the journeys to the most extreme places that really get people talking.

Maybe it was because after all the doomsday talk of the last year, I decided that the best way to start 2021 was to journey to el fin del mundo, the end of the world. You know, to see what all the fuss is about.
Or it could just be that summer in the city of Buenos Aires is bloody hot!

Either way it was a mere three hour flight to the most southern city in the world, Ushuaia. Upon arrival we were immediately struck by the serrated majesty of the mountains ripping into a crystalline sky, the emerald waters of the Beagle channel, once traversed and named by Charles Darwin himself, as well as the extremely cold air, fresh off a penguin’s breath.
And it’s the middle of summer! I can’t possibly imagine what the winter feels like…

We did all the musts… climbed up to a glacier, visited the farthest post office in the world… and of course appreciated the local flora and fauna (cute penguins and huskies included!)

Sealions at the end of the world

In the exposed face of such raw nature, where everything must struggle to survive, life truly has another meaning, making it impossible to come away without gaining a new, humble perspective.
It was thus quite a strange disconnect, when the reader mail came rolling in… I had made sure to leave my laptop at home, of course, but in a state of such folly, I had downloaded the outlook app on my phone. It appears that the world of politics, of Trump, traitor or triumphant, had followed me to the end of the world.
I suppose it goes to show that Pericles was right all along… just because you don’t take an interest in politics, doesn’t mean politics won’t take an interest in you.
What struck me, however, in reading the comments was… well, the very varied responses. It appears that Van Bryan managed to offend everyone – whether they were on the right or the left. Well done, I thought! It’s always good to read a different perspective, especially when you don’t agree with it. How then are we to know our own ideas if they are never challenged? How else can we grow without reading the alternative?
In the words of Aristotle, it takes an educated mind to be able to entertain an idea without accepting it. Therefore, I took great pride in my readers who were able to think rationally, maturely in the face of a perhaps confronting concept. What joy to see some appreciate the free flowing of ideas and then discuss it, as a lover of wisdom should!
Imagine how much Socrates would have loved to partake in a conversation just like this…
Some, I fear to say, were a little less robust in their response. Nonetheless, the reader mail was so extensive that I felt it my duty to dedicate this week’s mailbag to the issue. Those who receive our free email can enjoy the full reader mail that went out today… for those of you reading here on the web, I still have a follow up for you. As a special treat, I forwarded quite a few of the emails to Van in order for him to provide a quick response. I did so this morning, so we should be appreciative of his prompt reply, below…

Dear Readers,
First, allow us to say thank you for your poignant– and frank– feedback. We’re delighted to find a readership that can consider controversial ideas and then disagree without accusing the author of being some unsavory thing. What a concept!
Some are upset by our “praise” for The Donald. That’s strange… we didn’t think we were praising the man. We came to bury Caesar, not praise him. Remember? So we will accept that response without comment.
Some object to the comparison of Donald to Achilles. We’re not sure why…
The defining moment for Achilles is when he makes the decision to forge ahead into battle– knowing he will surely die– rather than live his life as an anonymous man. Is that so different from The Donald? The man– upon accepting the highest office– must have known he would be slain. And he chose that path rather than to live a life as a notorious– but mostly unseen– B-list celebrity.
Right decision? Wrong decision? Disastrous decision? We don’t know… truly. But it feels like a tragic decision to us.

Some are upset by the characterization of Trump as a Julius Caesar. Perhaps he is more like Gaius Marius, or Caligula, or Nero! The man who tweeted while Rome burned…
We admit that no historical comparison is perfect. And as Victor Davis Hanson pointed out during his interview with your editor, we must be careful of all historical lessons. Because everybody– on every side– always claims to know the Truth (uppercase T) of historical wisdom.
Caesar– as dear readers pointed out– was a military man. He was lauded in his day. But as was also noted, Caesar’s adulation mostly stemmed from his invasion of foreign lands and the subsequent exploitation of the population. They tear down your statue for that sort of thing today! Caesar was also a popular author. You can still read his work today.
Donald is neither. He’s an (alleged) draft dodger. And he never met a book he didn’t want to not open.
Still, we think there’s something there…
Caesar– like Donald– was a member of the Populare faction. He was “a man of the people.” And the plebeians only turn to such rough men when they feel they have no other choice. There are numerous books on this topic for interested readers. But we’d actually recommend Dan Carlin’s Hardcore History podcast on the topic. It’s a wonderful long-form podcast that discusses the nuances of the movement.
Last point…

The assassination of Julius Caesar set the stage for the empire that the Roman “Deep State” claims to have wanted to avoid. Violence begets violence, dear reader. And tyranny– even in the name of stopping tyranny– begets more tyranny.
In the wake of the fall of Caesar Trump, we wonder what will become of America. There is talk now of turning the weapons of State– which for decades wreaked havoc on foreign lands– onto the polis Americana. All in the name of stamping out hate speech… or domestic terrorists… or “insurrectionists”. It’s for your own good, you see. It always is…
But my word, dear reader. That is a dark and bumpy road. The guardrails are out. The streetlights don’t come on. And the wolves prowl just off the shoulder. Are you sure you want to travel there? Are you sure you want to stumble blindly down that alleyway?
Well… alright then.
But we’re almost certain you won’t like where it leads…
Yours humbly,