The Peloponnesian War Summary of Battles and Betrayals – Part One 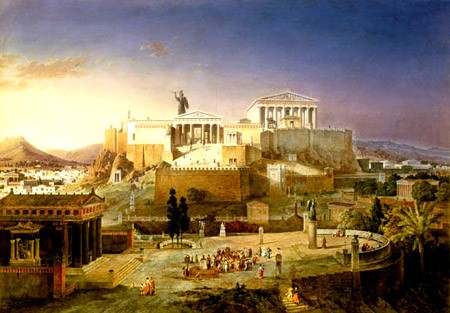 Athens in its Golden Age

You couldn’t imagine two cities less alike. Athens was a powerful democracy where citizens spent their days reclining and discussing politics and culture.

Sparta was a ruthless oligarchy where individuals were born and bred to fight. Athens controlled a large, mostly coastal territory with its commanding navy, while Sparta was infamous for its authoritative army. The former had its own empire; the latter ran the Peloponnesian League. In ethnicity and dialect, too, the Athenians were Ionian, the Spartans Dorian.

The Navy versus the Army

The Peloponnesian War was bound to happen… eventually.
The two great cities were too contrary, too dominant to stand in the other’s shadow. They were enemies. Man, throughout time, has found causes, large and small, over which to wage war. Jealousies, grudges and human nature, ever open to corruption and debasement, push him to the battlefield.
The Peloponnesian war was no exception.
It was a war that forever changed the Ancient Greek world. It took down the mightiest city-state, Athens, and established Sparta as the superior power. Costly campaigns plunged the Peloponnese into a deep poverty, from which they never really recovered. The war itself was a shift from the earlier, smaller battles to full-out warfare across the region, initiating atrocities never before seen. It marked the end of the fifth century BC and the Golden Age of Athens.
This war, while greater than previous skirmishes, was not entirely anomalous. The two immensely powerful city states had been at each other’s throats for years in the first Peloponnesian war. They only managed a respite from the violence with the ‘Thirty Years Peace’ treaty in the winter of 446/5 BC. That peace accord, however, didn’t really last long.

Thucydides, the great historian and the source for most of the information on the Peloponnesian war, spelled it out clearly: “Peace is an armistice in a war that is continuously going on.” 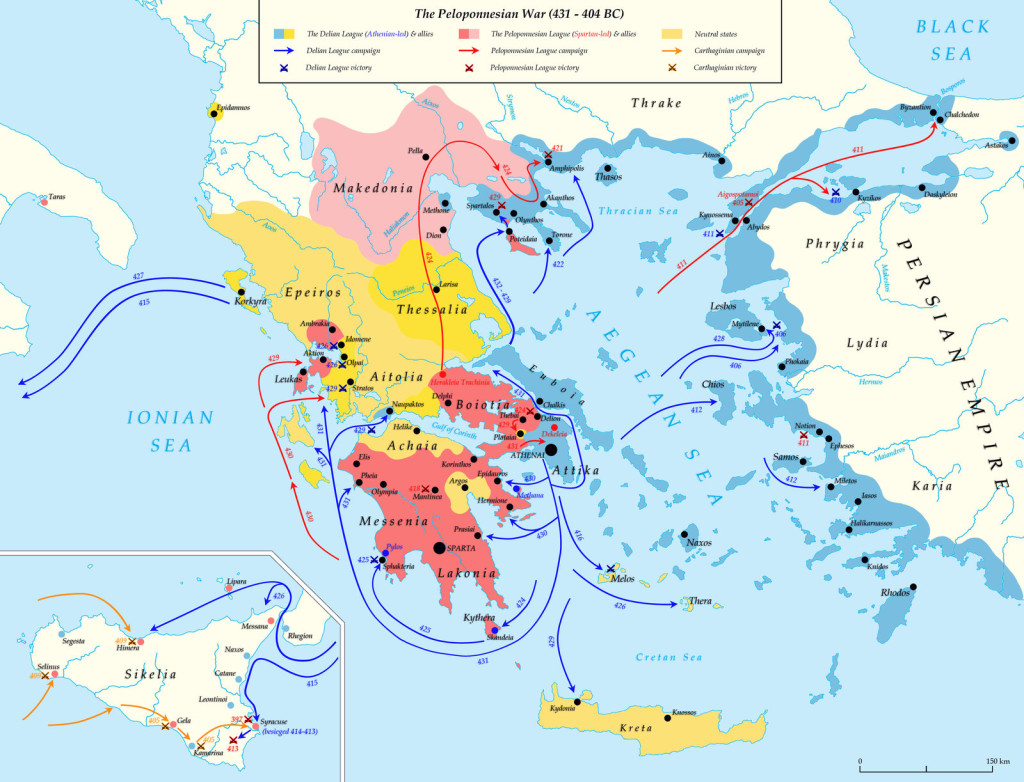 Trouble started brewing as early as 440 BC when some of the Athenian allies started to revolt. Sparta wanted to take advantage of its weakened enemy, which would have triggered a major assault. It was held off, however, by another key player, Corinth. But the calmness proved fleeting. Alliance breaks, wavering warships, stringent trade sanctions, mutinies and betrayals across the region all threatened to erode the thin veneer of Grecian stability.

And then Athens infuriated Corinth, their original saviors. Strategically placed warships stopped the Corinthians from capturing Corcyra, a powerful sea colony not yet allied to either side. This did not sit well with the budding city-state. The insults, however, did not stop there. Afterwards Athens instructed Potidaea, a tributary ally of Athens but a colony of Corinth, to become submissive to the Athenian Empire. Essentially, they were ordered to tear down their walls, send hostages to Athens, dismiss the Corinthian magistrates from office, and refuse the magistrates that the city would send in the future. Now Corinth was really angry.
Eventually, in 423 BC, Sparta summoned the members of the Peloponnesian League to air their grievances with Athens. A debate ensued with the Athenians (who were present…though not invited). The Corinthians accused Sparta of not having the gumption to challenge the growing Athenian empire, goading them on to fight. The Athenians, for their part, retorted that unleashing Sparta’s military might could have undesired consequences. In the end, a Spartan majority voted and declared that Athens had broken the peace agreement… essentially declaring hostility.
And this is how the war began, with a whine and not a bang.
——
To read Part Two of the Peloponnesian War Summary of Battles and Betrayals, click HERE.
“The Peloponnesian War Summary of Battles and Betrayals – Part One” was written by Anya Leonard
Facebook